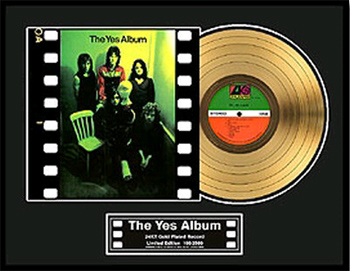 Bassist Chris Squire met Jon Anderson in 1968 while hanging out at a London nightclub at which Anderson was employed. The two discovered they shared similar musical interests so Anderson began singing in Squire’s band Mabel Greer’s Toyshop. Guitarist Peter Banks, drummer Bill Bruford and organist/pianist Tony Kaye joined, and the band became known as Yes. The newly formed group performed for the first time on August 4th, 1968 and opened for Cream at their farewell concert on November 26th, 1968 at the Royal Albert Hall in London. After filling in for Sly and the Family Stone, Yes scored themselves a reoccurring gig at The Marquee Club. 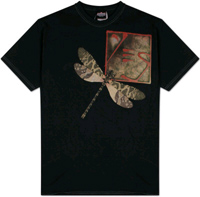 The band released their self-titled debut album “Yes,” on July 25th, 1969. The record included original songs as well as retooled versions of The Beatles’ classic “Everything Little Thing,” and The Byrds “I See You.” Although the album received favorable reviews, its sales figures were less than impressive. Guitarist Steve Howe replaced Peter Banks, and Yes released “Time and a World,” in June of 1970. The album clawed its way to #45 spot on the UK charts but failed to place in the US. It wasn’t until the band’s 1971 release “The Yes Album,” that Americans took notice. It featured all original material and although the record only placed #40 on the US charts, it would later sell more than a million copies in the US alone.

Tony Kaye exited the band as was replaced by Rick Wakeman, in 1971. Yes then released “Fragile,” which would chart higher in the US than in the bands home country. The album included the songs “Roundabout,” “South Side of the Sky,” “Heart of the Sunrise,” and would be certified 2x’s Platinum in the US. Former Plastic Ono Band drummer Alan White replaced Bill Bruford and the band released “Close to the Edge,” in 1972. The record included only 3 songs, but its title track ran for almost 19 minutes. This would become a common occurrence on future albums. 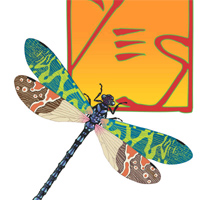 Yes topped the charts for the first time in England with “Tales from Topographic Oceans,” which was released in December of 1973 in the UK. The band went on tour in support of the album, after which Rick Wakeman left the band and was replaced by Patrick Moraz. Yes continued to tour and release albums between 1974 and 1979 but failed to match their previous sales figures. On August 22nd, 1980 the band released “Drama,” which was supported with a North American tour. Upon completion of the tour however, the band broke up. 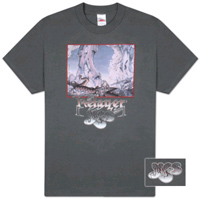 Yes reconvened with members Anderson, Squire, White, Kaye, and new guitarist Trevor Rabin to produce what would be the band’s most successful album, 1983’s “90125.” “90125,” included the songs “Leave It,” “It Can Happen,” the megahit “Owner of a Lonely Heart,” and the Grammy Award winning instrumental “Cinema.” Yes has taken on many different forms over the years. The band’s latest studio album was “Magnification” which was released in 2001. After touring in support of the record the band took a brief hiatus from 2004 until 2008. Yes most recently returned to the road in 2009 with a lineup that included previous members Steve Howe, Chris Squire, Alan White, and new members Oliver Wakeman (Rick Wakeman’s son) and singer Benoit David. Yes finished the European leg of their tour on December 12th, 2009.