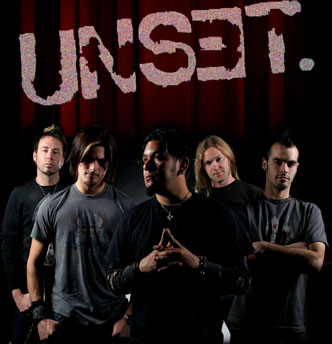 San Diego based band Unset was formed in 2004 by Frank W. Torres, Ian Alexander, and Chris Coulson, and by 2005 the group was rounded out by Drummer Kurtstar Otto and lead guitarist Steve Gilly. They first gained national noteriety in 2005 from being selected for the top 5 in Verizons “Calling all Bands” Contest. Unset signed to LA/Nashville based Gridiron Records in 2007.

Unset’s first album “Remains of A Dream” was released in 2008 and nominated for Best Hard Rock Album at the San Diego Music Awards. After a 6 year long hiatus the band recorded their 2nd collection of new music in 2015 called “The Hotel Coral Essex EP”. Unset is currently working on a new full length album for 2017 and are performing live at various venues in Southern California.