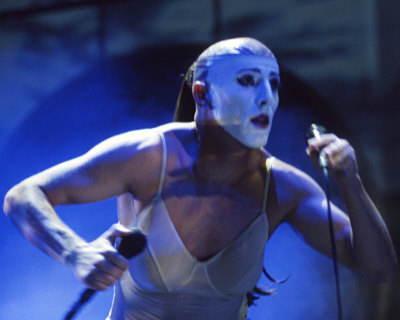 Singer Maynard James Keenan and guitarist Adam Jones met through a mutual friend in 1989, and had only been friends for a short while before Keenan showed Jones recordings from a previous band he had been in. Impressed by Keenan’s singing abilities, he suggested they form a band of their own. Drummer Danny Carey, a neighbor of Jones’, soon joined the group, and shortly after, bassist Paul D’Amour was introduced via a friend of Jones’. Naming their band “Tool,” the group only played a handful of shows before being approached by record companies. Three months after their formation, Tool was signed by Zoo Entertainment, and their first EP (entitled “Opiate”) was recorded. Appreciated for their hard heavy metal sound in addition to their first music video “Hush” which protested music censorship, the band quickly found themselves touring with bands such as Rage Against the Machine. 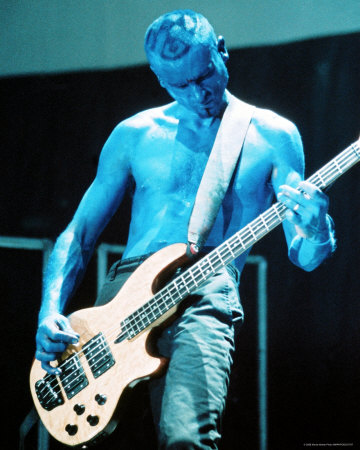 Toning down their sound a bit, the band produced their first album, Undertow, in 1993. In addition to new material, Undertow also included songs that hadn’t made it onto their heavier-sounding EP. Bolstered by their tour with the Lollapalooza festival, Undertow was certified gold within five months of its release, while their hit single “Sober,” won Billboard’s award for “Best Video by a New Artist” in 1994. Ironically, considering that the band’s first music video protested music censorship, the video for their second single, “Prison Sex,” was deemed overly-obscene by MuchMusic, and was pulled by MTV after limited airings.

While working on their second album, D’Amour left the band and was replaced by Justin Chancellor. Their second album, Aenima, proved even more successful than their first attempt—since its original release in 1995, Aenima has reached triple-platinum certification. The album’s first single, “Stinkfist” was met with the same hesitant reception by television networks that “Prison Sex” faced. MTV, for example, changed the title to “Track #1” and changed some of the song lyrics. The album’s title-track fared better, earning the band a Grammy for “Best Metal Performance.” Following Aenima, the band faced several challenges, including a lawsuit with their second label, Volcano Entertainment, and Keenan’s successful side-project with A Perfect Circle. Releasing a box set entitled Salival, which included new recordings, the band indirectly confirmed that Tool was going to weather the storm. 2001 brought the release of Lateralus, which debuted at #1. While their first single, “Parabola,” caused promotional problems due to its ten minute runtime, their second single “Schism,” fared better, earning Tool their second Grammy for “Best Metal Performance.” 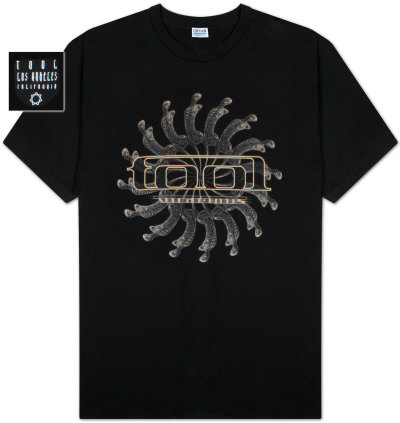 With Keenan continuing to record and tour with A Perfect Circle, Tool’s fourth studio album, 10,000 Days, was not released until 2006. With the help of the album’s first single, “Vicarious,” which debuted prior to the album’s release, 10,000 Days debuted at #1 on the Billboard charts. Supported with a performance at the 2006 Coachella Music and Arts Festival, in addition to tours across North America, Australia, New Zealand, 10,000 Days won a Grammy for “Best Recording Package,” while “Vicarious” earned a nomination for “Best Hard Rock Performance.” 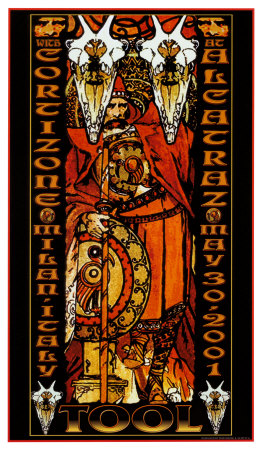 Following the release of and promotion for 10,000 days, Chancelor announced in an interview that Tool would “take some time off” following their tour in 2008. At that time, Chancelor encouraged fans with the mention of works already in progress, while Keenan confirmed in 2009 that the band had begun work on a new album, whose name or release date have yet to be announced. With tours as recent as spring 2010, and a track record of taking their time to release albums, Tool has by no means left the scene. With talks of a band movie, and a history of albums being as artistic as they are musically-spectacular, there are high hopes that Tool’s fifth album, once released, will prove as phenomenal as its predecessors.