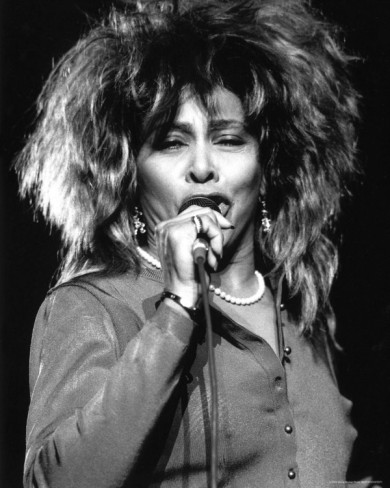 Anna Mae Bullock was born in Nutbush, Tennessee on November 26th, 1939. After the grandmother Anna had lived with passed away, she moved to St. Louis, Missouri where her mother and sister were living. While at a local club, she met an R&B musician by the name of Ike Turner who was a member of the band Kings of Rhythm. Ike realized Anna was a capable singer, so she soon joined the band. As fate would have it, Anna filled in for an absent singer and recorded the song “A Fool In Love.” The song hit #2 on the R&B charts, #30 on the Pop charts and Anna became the band’s main focus. Ike changed Anna’s name to Tina, the Kings of Rhythm became The Ike & Tina Turner Revue, and Ike and Tina soon married. 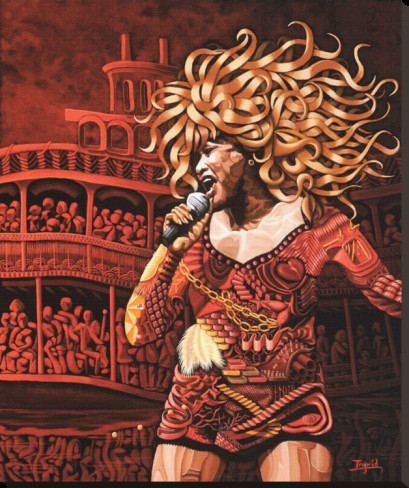 Ike and Tina scored hits with the songs “It’s Gonna Work Out Fine,” “I Idolize You,” and “River Deep Mountain High.” They famously covered the song “Proud Mary,” which placed #4 on the US charts and won the Grammy for Best R&B Vocal Performance by a Duo or Group. Ike and Tina’s relationship was far from functional however. Ike had a drug problem that was getting worse, and due to the fact that he was also the group’s manager, their success began to dwindle. In 1974 Tina released her debut solo album entitled “Tina Turns the Country On,” but it wasn’t successful. Tina appeared in The Who’s rock opera “Tommy,” as the “Acid Queen,” and subsequently released the album “Acid Queen,” in 1975. Once again the record failed to take off and Ike and Tina’s relationship was on its last legs. Ike’s physical and mental abuse finally became too much for Tina to tolerate, and during a tour in July of 1976, Tina left Ike. 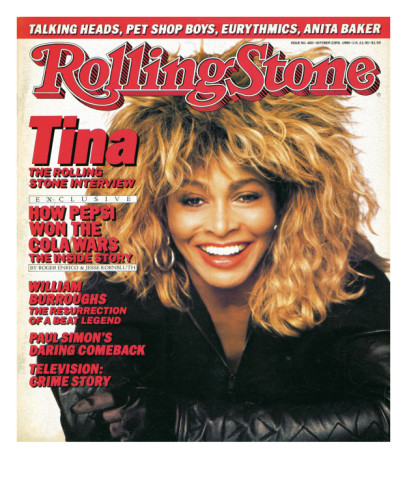 In debt because of her failed tour, Tina forged ahead as a solo artist. She appeared on various television programs such as “The Sonny & Cher Show,” and in September of 1978 released her first album free of Ike’s reign, “Rough.” The album and its successor in 1979 “Love Explosion” didn’t do well, but they gave Tina songs to add to her set list as she toured and performed live. Finally Tina broke through with the single “Lets Stay Together.” “What’s Love Got To Do With It,” was released as a single in May of 1984 and went to the top of the charts. The following month the album “Private Dancer,” was released and Tina would never again have to worry about her finances. “Private Dancer,” was supported with a successful world tour, and the record soared to #3 on the charts, selling more than 5 million units in the US alone. 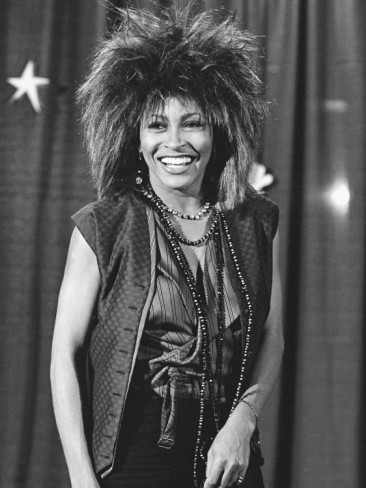 Tina’s success continued with 1986’s “Break Every Rule.” That same year the biography “I, Tina” was released and Tina proceeded to tour. “Foreign Affair” was released in 1989 and Tina once again went on a massive tour. In 1991 Ike and Tina were inducted into the Rock and Roll Hall of Fame, and in 1993 “What’s Love Got To Do With It,” a movie based on Tina’s life, hit theaters. The movie’s soundtrack produced the memorable song “I Don’t Wanna Fight” which made it to the #9 spot on the charts. In 1995 she performed on the soundtrack for the James Bond movie “Goldeneye.” In 1996 she released the album “Wildest Dreams,” and set off on another incredibly lucrative world tour. 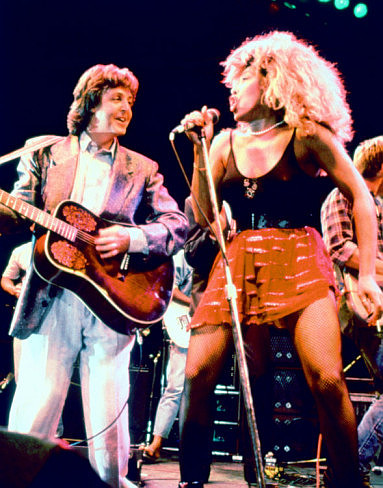 Despite the fact that Tina’s contributions to the world of music had been recognized by numerous awards, on December 4th, 2005, she received Kennedy Center Honors in Washington DC, where she was praised by the likes of Oprah Winfrey and President George W. Bush. Tina continued to record with various artists, and on December 12th, 2007, her former band mate and husband Ike Turner died. Although many artists have obviously been inspired by Tina, as she performed alongside singer Beyonce at the 50th Annual Grammy Awards Tina proved that even though she is now a grandmother, she is still as capable as ever at getting audiences out of their seats. On October 1st, 2008 Tina embarked on her remarkable “Tina!: 50th Anniversary Tour,” which was accompanied by the release of the album “Tina!: Her Greatest Hits.” Although she is not currently tour in 2009, it is surely only a matter of time before the 8 time Grammy Award winner returns to the road to show everyone, once again, why she has earned the title “Queen of Rock ‘n’ Roll.”