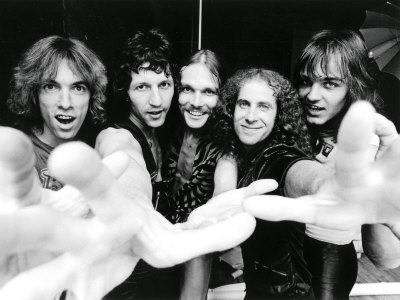 Born in Germany on August 31, 1948, Rudolph Schenker grew to found Scorpions in 1965 at the ripe old age of 17. Playing rhythm guitar, Schenker teamed up with his brother Michael, vocalist Klaus Meine, bassist Lothar Heimberg, and drummer Wolfgang Dziony. Together, Scorpions released their debut album, Lonesome Crow, in 1972. After touring as UFO’s opening act, Michael Schenker left Scorpions to play instead for UFO. His replacement, Uli Roth, stayed long enough to help the band complete their tour, but chose to remain with his group, Dawn Road, rather than join Scorpions permanently. Determined to continue playing alongside Roth, Rudolph Schenker and Klause Meine joined Dawn Road, who soon adopted the Scorpions name and released the band’s second album, Fly to the Rainbow, in 1974. The band’s third release, In Trance (1975), established their hard rock sound and helped to develop a strong fan base. 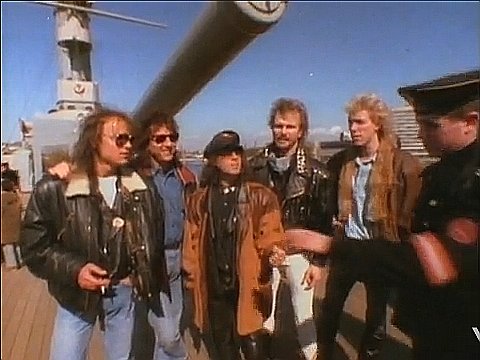 Their rise to fame came with the 1976 release of Virgin Killer. The saying “any press is good press” proved true after the band faced harsh criticism for their album cover, depicting a naked prepubescent girl. As covers were banned and altered worldwide, heads began to turn, and critics soon realized that behind the eyebrow-raising cover lay true musical talent. The album received positive reviews, but still no radio hits. Similarly, their album Taken by Force (1978) was released with more promotion efforts on the part of RCA records, but the feature of the album’s single on promotional albums still did not provide the band with the popularity they soon came to know.

Instead, it was with the release of Lovedrive in 1979 that the band truly gained momentum, where songs such as “Loving You Sunday Morning,” “Always Somewhere,” “Holiday” and “Coast to Coast” helped the album climb to #55 on the US charts. With the release of Lovedrive, there was no turning back. Their release of Animal Magnetism (1980) with hits such as “The Zoo” and “Make it Real,” and Blackout (1981) featuring the famous “No One Like You,” paved the way for the group’s crowning glory. Love at First Sting was released in 1984, which featured what is arguably their most well-known song, “Rock You Like a Hurricane” and helped the band climb to #14 in the US. 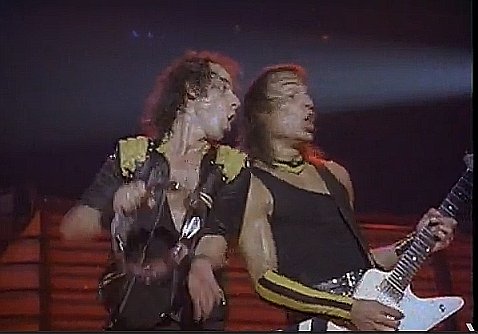 Following the release of several other albums (though none as acclaimed at Love at First Sting), the group was invited to Russia in 1990 as guest performers for a complete performance of Roger Waters’ The Wall (Scorpions played both versions of “In the Flesh”). In 1993 the group released Face the Heat, which featured a more definitive metal sound, which gained them new fans, but disappointed others who preferred the group’s delicate balance of hard rock and ballads. In response, their 1996 release Pure Instinct featured more ballads than metal. After the 1999 album Eye II Eye, the group tried something new by collaborating with the Berlin Philharmonic in their 2000 release of Moment of Glory… unfortunately, it came out shortly after Metallica’s acclaimed S&M collaboration with the San Francisco Symphony, leading some to believe that Moment of Glory was little more than a copycat album (however Scorpions had been approached by the Berlin Philharmonic back in 1995, so the debate as to who had the idea first continues). 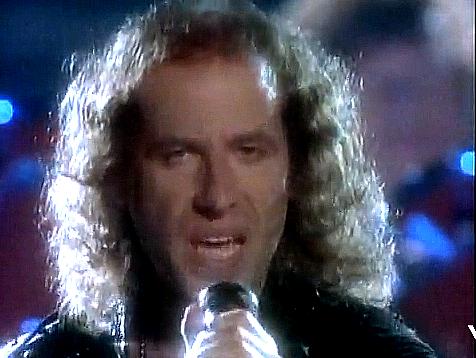 Scorpions have continued to perform in multiple world tours, released DVD footage of their shows, and have had songs appear on two different Guitar Hero games (namely, Rock the 80’s which featured “No One Like You” and Guitar Hero 3 which included “Rock You Like a Hurricane”). Their ability to utilize popular technology has helped keep their music relevant for newer generations of fans, and helped prepare listeners for Humanity, Hour I (2007), which featured more experimental sounds and lyrics than previous albums, and debuted at #63 in the US. With more than 14 previous band mates under their belt, Scorpions’ current lineup includes Rudolph Schenker, Kalus Meine, Matthias Jabs, Pawel Maciwoda and James Kottak. In 2009, the group set to work on Sting in the Tail, which was released in March 2010, and which Scorpions have confirmed to be their final album. On April 6, 2010, the band added their handprints to Hollywood’s Rock Walk, a due honor for a group that has held strong for over 40 years to ultimately release 17 studio albums—an achievement few bands can boast.