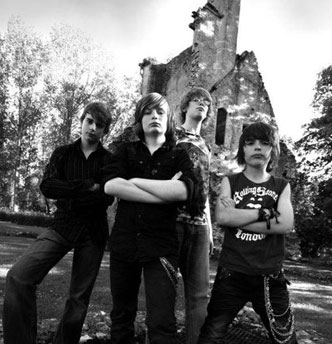 The Reaper is metal band aged 12-15 creating a bit of a storm around the country and a product of Witchwood School of Rock. They are: Joey Kenny (13), Harry Winks (12), Joe Landles (15) and Callum Woodward (14). They were nominated by David Cameron as the best band in his constituency and went on to become runners up inRock The House 2012. They were semi finalists and awarded ‘most shocking band’ in theMetal To The Masses which was a competition to win a slot at Bloodstock.

They’ve had a busy couple of years, with many festival performances which included taking to the main stage two years in a row at Alex James’The Big Feastival alongside Razorlight, Gaz Coombes and Texas. They did 29 gigs in 2012 alone which must make them one of the hardest working bands around.