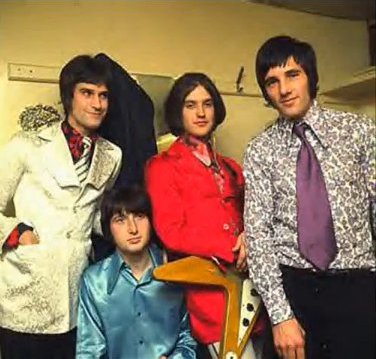 Born in North London, on June 24, 1944, and February 3, 1947, brothers Ray and Dave Davies grew up in a musically-inclined family. Inspired by their parents’ musical parties and their older sisters’ love of Rock and Roll, it came as little surprise when both brothers began to play guitar. After forming and playing in a small band during high school, the group known as the Ray Davies Quartet gained local fame through their rivalry with another local band, Rod Stewart and the Moonrakers (interestingly, Rod Stewart was purportedly the lead singer for the Ray Davies Quartet in their early years). After graduation, and a short stint in college, Ray Davies returned home and re-formed his old band, which contained his brother Dave, Peter Quaife, and Mick Avory. The group hired some managers, and it was decided that in order to give the group an edge, their name should be changed from (what was then) The Ravens to The Kinks (the idea was to suggestively portray the young men as kinky and scandalous). 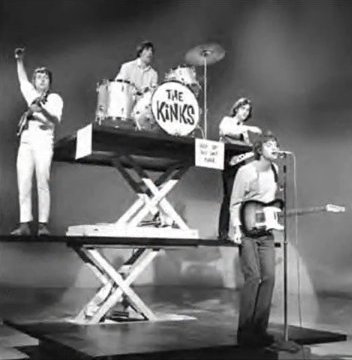 Initially releasing remade versions of popular songs, the group finally made a name for themselves with the release of an original song called “You Really Got Me” in August 1964. This song would not only be their first hit, but would be one of the best-known songs throughout their career. The song was a hit, owing primarily to the unusual sounds produced by a deliberate slash made to the speaker cone of Dave Davie’s amplifier. With the release of “You Really Got Me” came the release of the band’s first album, Kinks (1964). The band got into some trouble while on tour when Dave Davies and Avory got into a violent fight one song into their set (indeed, it was so violent that Avory hit Davies with a hi-hat stand, only to flee the scene after fearing he had killed his bandmate). Despite the band trying to play it off as an intentional stage act gone wrong, the group was banned from touring in the US for the next four years. A tour in India lead to the creation of the south-asian inspired song “See My Friends,” which grew to be tremendously popular with both fans and amongst fellow musicians, which followed the release of their second album Kinda Kinks (1965). A similarly-received release of “Waterloo Sunset” in 1967 proved to be one of the group’s most famous songs. After releasing roughly an album a year for ten years, by 1973 the band was ready to try something new.

The need to experiment artistically lead to a new side of The Kinks in the form of a theatrical troupe, consisting of the band as well as a horn section and female backup singers. At the same time, Ray Davies began struggling with his private life and began abusing drugs—a habit which nearly cost him his life. Pulling himself back together, Ray Davies was able to further expand the band to include costumed actors as well, and began to adapt their later albums, such as Preservation Act 1 (1973) and Preservation Act 2 (1974) for the stage. With band members donning costumes and characters, Preservation, while not highly successful as albums, began to get rave reviews as a theatrical production. These theatrical experiments continued through the release of Schoolboys in Disgrace (1976) before the band felt ready to go back to their original performance techniques. 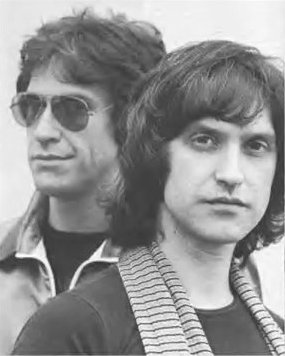 The release of their fifteenth album in 1975, Sleepwalker, proved a success, reaching number 21 on the Billboard chart. Bolstered by covers of their songs from bands including Van Halen and The Pretenders, the band reaped the benefits as they continued to remain in the spotlight and saw sales on previous albums rise. It was during this time that Dave Davies decided to experiment with solo albums including Dave Davies (1980) and Glamour (1981). When Glamour proved less successful, Davies went back to producing albums with The Kinks, releasing shortly after the aptly-named Give the People What They Want (1981), which charted at number 15. Give the People produced multiple hits, including “Better Things” and “Come Dancing,” which peaked at number 6 in the US. The release of State of Confusion in 1983 proved successful as well, reaching number 12 on the charts. However, with the British Invasion coming to an end, and albums failing to do as well as anticipated, tensions began to mount and The Kinks began replacing band members in higher numbers. With albums such as UK Jive (1989) being dubbed commercial failures, The Kinks were starting to lose their steam. 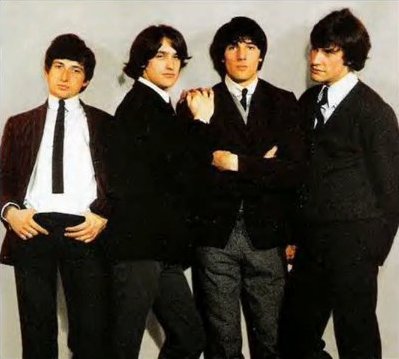 The group saw a ray of hope with their induction into the Rock and Roll Hall of Fame in 1990. This proved a disappointment, however, as the band failed to regain their former popularity. The band finally split in 1996 following several more unsuccessful releases. Members of The Kinks (including Ray and Dave Davies) began working on solo projects, and while the brothers have talked about reunions several times, with Dave’s failing health following a stroke in 2004, the reunion has yet to occur. Despite their ups and downs, The Kinks have lead a long musical career, releasing a staggering 23 studio albums. Perhaps more impressive is the number of bands that they inspired over the years, including The Beatles and The Who in the early years, and groups like Blur and Oasis in the ’90s. Thanks to the experimental sounds seen from their earliest years, The Kinks are widely regarded as the precursors to heavy metal. Regardless of whether the anticipated reunion ever takes place, one thing is certain: The Kinks had a good run, and hits released back in the ’60s remain popular even today.