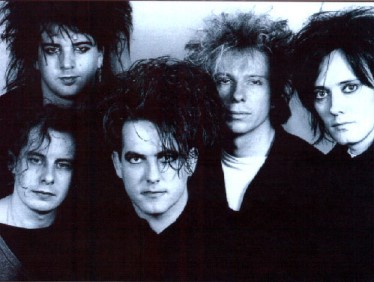 The band Malice formed in Crawley, West Sussex, England in 1976. The group consisted of lead guitarist Marc Ceccango, bassist Michael Dempsey, guitarist Robert Smith and two of their fellow classmates. When Marc Ceccango exited the band in January of 1977, they became known as the Easy Cure. Soon drummer Lol Tolhurst and lead guitarist Porl Thompson joined and after going through a few vocalists, Robert Smith became the band’s singer in September of 1977. After winning a talent show the band got a contract with Hansa Records. They laid down a track but the contract soon fell apart. Porl Thompson left the band and they became known simply as The Cure. 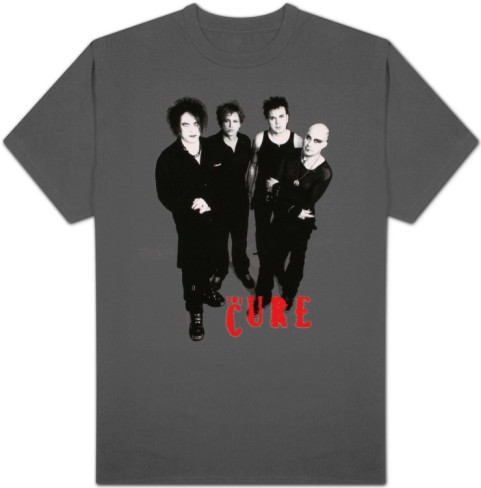 The Cure made a demo and signed with Fiction Records in September of 1978. They released their debut single “Killing an Arab,” which was followed by an album entitled “Three Imaginary Boys,” on May 11th, 1979. The single “Boys Don’t Cry,” was released the next month and the band went on tour through the United Kingdom with Siouxsie & The Banshees. After The Banshees found themselves without a guitarist mid tour, Robert Smith stepped up and filled in the vacancy, playing in both bands. The Cure released their third single “Jumping Someone Else’s Train,” on November 20th, 1979. Keyboardist Matthieu Hartley soon replaced Michael Dempsey and the group toured with other bands also signed with Fiction Records through England. 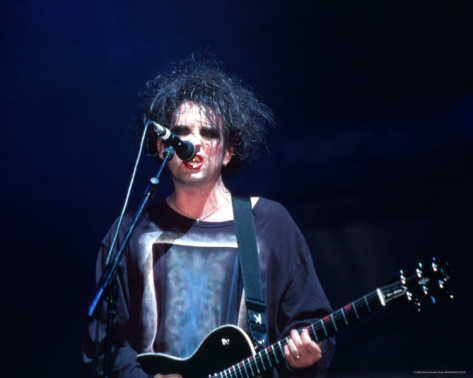 “Seventeen Seconds,” The Cure’s second album, was released on April 18th, 1980, and included the single “A Forest.” The band’s debut album underwent a name change and was released as “Boys Don’t Cry,” in the United States. They embarked on a world tour after which Matthieu Harley left the band. 1981 saw the release of the album “Faith,” which was followed by “Pornography,” in 1982. “Pornography” went to #8 on the UK charts and was supported with a tour that debuted the band’s trademark look, which consisted of frizzed black hair, pale faces and erratically applied lipstick. During the later part of 1982 and into 1983 the band released the singles “Let’s Go to Bed,” “The Walk,” and “The Lovecats,” which placed #7 on the British Top 10 charts. With the release of 1984’s “The Top,” The Cure finally found themselves on the US Billboard 200 charts at a respectable #180. The band set off on a world tour and its lineup changed once again. 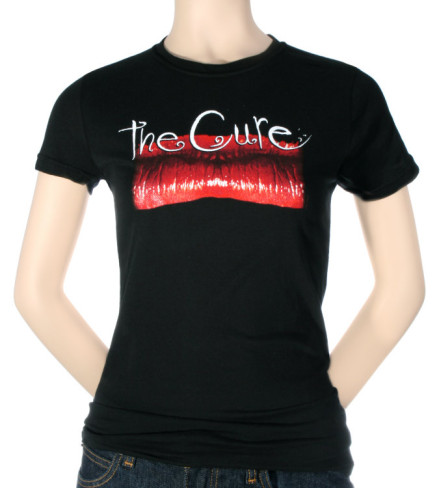 Coming off the success of their 1985 record “The Head on the Door,” the band released the critically acclaimed double album “Kiss Me, Kiss Me,” in 1987. With the help of the megahit singles “Why Can’t I Be You?” and “Just Like Heaven,” the almost 75 minute album went on to sell more than 1 million copies in the United States alone. Fans around the world were now ready for what would turn out to be the band’s biggest album. Released on May 1st, 1989, “Disintegration,” sold more than 2 million copies in the US alone and produced some of the band’s biggest hits. With songs like “Lullaby,” “Fascination Street,” “Lovesong,” and “Pictures of You,” it’s easy to see why “Disintegration” ranked #362 on Rolling Stone Magazine’s list of the 500 Greatest Albums of All Time.

After personnel changes the band commenced their “Prayer Tour,” playing stadiums throughout the United States. It wasn’t all smooth sailing however. Former drummer Lol Tolhurst sued claiming co- ownership of the band’s name with Robert Smith. Tolhurst eventually lost the suit and the band continued forward releasing “Wish,” on April 20th, 1992. The album included the hit songs “A Letter to Elise,” “High,” and what would be one of the band’s most popular songs, “Friday I’m in Love.” “Wish,” topped the charts in the UK and was supported by a tour of the same name. Throughout the years, front man Robert Smith has remained The Cure’s only constant member. 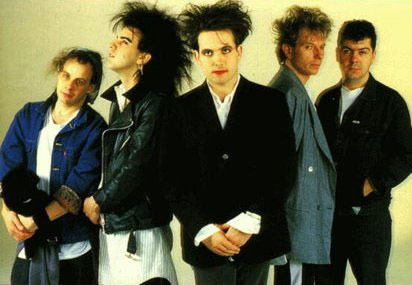 Although they haven’t been able to recapture the success they had in the early 1990’s the band has continued to release albums. Despite his fame and fortune Robert Smith still seems to truly appreciate his fans, which is a rare quality. The Cure recently headlined the final day of the 2009 Coachella Music and Arts Festival in Indio, California. Proving how much they still enjoy performing, The Cure continued to play well past their allotted set time. They did eventually stop however, but only when the concert promoters literally shutdown the power to their equipment.