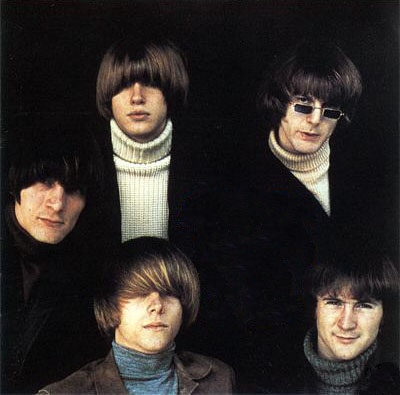 Despite the fact that they their fame was short-lived when compared to contemporaries at the time, The Byrds were nonetheless one of the most influential American bands created during the British Invasion. In fact, within roughly four years, The Byrds were among the founding fathers of not one, but three genres of music: folk rock, psychedelia, and country rock. Most surprising of all is that, despite their immense contributions to the evolution of rock music, the founding members of The Byrds could scarcely play their instruments. In 1964, Jim (later Roger) McGuinn, Gene Clark, and David Crosby were all performing separately as folk singers in acoustic coffee houses. The trio merged their singing, song writing, and guitar-playing abilities together, dubbed themselves The Jet Set, and began experimenting with music influenced by The Beatles. After changing their name to The Beefeaters, the trio recorded a demo with Elektra that was a commercial flop, but showed promise for their innovative attempts to merge folk and rock sounds together. Shortly after, the group recruited drummer Michael Clarke and Chris Hillman—a bluegrass mandolinist who was tasked with playing bass. The new quintet were dubbed The Byrds, and there was no turning back.

Working with Columbia in January 1965, The Byrds entered the studio and walked out with their first single, “Mr. Tambourine Man,” a re-make of Bob Dylan’s hit that featured a jauntier sound than its original counterpart. Four months later, having learned to play electric instruments (and with the help of several session musicians), The Byrds released their first studio album, Mr. Tambourine Man, and found immediate success. Containing a collection of re-made songs by Bob Dyllan and Pete Seeger, as well as original songs written collaboratively (but with strong influences by Gene Clark), their hit debut album put The Byrds in direct competition with bands such as The Beatles. Released less than a year later, Turn! Turn! Turn! became The Byrds’ next commercial success, and contained a remake of Seeger’s song “Turn! Turn! Turn!” as well as three hit songs penned by Gene Clark: “She Don’t Care About Time,” “The World Turns All Around Her,” and “Set You Free This Time.” 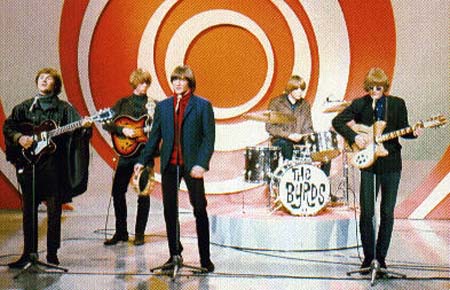 The next recordings released by The Byrds went down a radically different path, experimenting with psychedelic rock sounds instead of the folk rock which had made them famous. Their first single during their psychedelic phase, “Eight Miles High” featured the guitar sounds for which Roger McGuinn would become famous, but resulted in several blows for the band. Gene Clark, suffering from a fear of flying, left the band and took his song-writing skills with him. Further, allegations that “Eight Miles High” was about drug use resulted in the song being banned from many US radio stations. Their studio album, Fifth Dimension was released in July 1966, featuring songs written by Crosby, as well as the hit “5D” which faced the same allegations as “Eight Miles High.” Two additional albums, Younger than Yesterday (1967) and The Notorious Byrd Brothers (1968) continued to illustrate the psychedelic sounds which had (thanks in part to their own contributions) begun to grow in popularity worldwide. 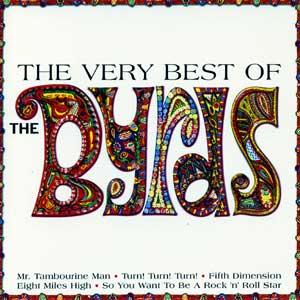 During their psychedelic years, The Byrds began to face mounting tension among themselves, which eventually led to the departure of both Crosby and Clarke from the band. McGuinn and Hillman, the last surviving original members of The Byrds were forced to recruit new members: keyboardist, guitarist, and singer Gram Parsons, and drummer Kevin Kelly. Along the way, The Byrds found a new sound as well. Released in August of 1968, Sweetheart of the Rodeo became the first country rock album to be released by a major rock band. Despite their immense success just three years earlier, The Byrds were dealt another death blow after Parsons and Hillman left the band and formed the successful country group The Flying Burrito Brothers, while David Crosby found success with Crosby, Stills, Nash and Young. McGuinn was left on his own to continue The Byrds’ legacy, and two more country rock albums, Dr. Byrds and Mr. Hyde(1969), as well as Ballad of Easy Rider (1969), which continued to shine light on McGuinn’s noteworthy 12-string guitar skills. 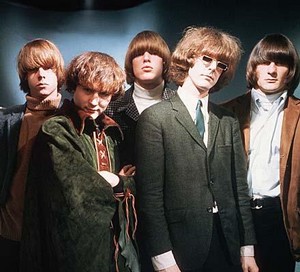 Down but not out, a new album was released by The Byrds in 1970. An untitled album, it featured two parts: one containing live recordings, and one containing studio performances which included a sixteen minute long version of Eight Miles High. Following the untitled release was Byrdmaniax (1971), which essentially became the kiss of death for The Byrds. After producers added unauthorized orchestrated sounds to the tracks, Byrdmaniax became The Byrds’ worst-received studio album. Attempting to undo the damage, The Byrds quickly recorded and released Farther Along a mere five months later, but it was too late. Even The Byrds were unhappy with the results of the album, and with a two failures in a single year, the sun was setting on The Byrds. In one last hurrah, all five original members of The Byrds reunited to record a self-titled reunion album, released in 1973. As planned tours never came to fruition, the reunion proved to be short-lived. In 1991 The Byrds were inducted into the Rock and Roll Hall of Fame, but hopes of a second reunion were destroyed forever with the death of Gene Clark shortly after their induction, and the death of Michael Clarke in 1993. While The Byrds ultimately flew their separate ways, their influence upon the evolution of rock will never be forgotten, and indeed, have earned the group their place as rock legends.