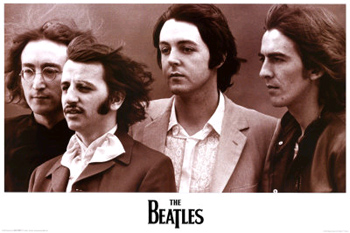 It would be a very risky thing to say that anyone had more impact on the world of contemporary music, especially rock music, than Elvis Presley, unless of course you are talking about The Beatles. On July 6th, 1957 after a performance at the Woolton Parish Church by John Lennon’s group “the Quarrymen”, Paul McCartney is asked to join the band. This pairing of Lennon and McCartney quite possibly spawns the greatest song-writing duo of all time. In 1958 Paul introduces the Quarrymen to a schoolmate of his named George Harrison. On August 1st 1960, with the addition of bassist Stu Sutcliffe and drummer Pete Best, the Beatles make their live debut in Hamburg, West Germany. About a year later, unbeknownst to him, Stu Sutcliffe makes the worst decision of his life and leaves the band. At this point McCartney takes over the role of bassist, leaving the guitar work in the more than capable hands of George Harrison/ John Lennon. 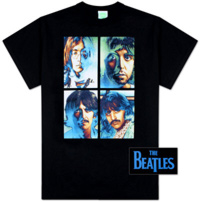 Continuing to play live, the Beatles score an afternoon spot at “The Cavern” in their hometown of Liverpool. In December 1961 a record merchant by the name of Brian Epstein realizes the group’s potential and shortly after becomes their manager, cleaning up their image and putting them in their trademark suits to make them more marketable. In April of 1962 producer George Martin of EMI-Parlophone signs them to a record deal. In August of the same year drummer Pete Best is replaced by Richard Starkey, better known as “Ringo Star” and the Beatles we all know and love are complete. By October, the band releases their first single “Love Me Do” followed by their next 45 “Please Please Me” which reaches the number 2 spot on the UK Top Twenty. At this point “Beatlemanina” has officially hit England. In 1963 they have 4 consecutive British number one hits which include; “From Me to You”, “She Loves You”, “I Want to Hold Your Hand” and “Can’t Buy Me Love”. 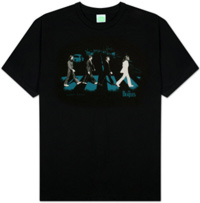 Having become megastars in Britain, the Beatles move on to conquer America. On February 7th 1964, what would come to be known as the “British Invasion” had begun, and after their legendary performance on the “Ed Sullivan Show”, America fell in love with “The Fab Four.” Their first single in the United States was “I Want To Hold Your Hand”, and during the week of April 4th 1964 the Beatles set a record, holding down the top 5 spots on the Billboard Top Forty, with “Can’t Buy Me Love” in first. Just over 2 years after arriving in the US, the Beatles, after playing a final show in San Fransisco on August 29th 1966, retire from touring. But their success and hit making was far from over.

Ten months later they released what is considered one of the best albums of all time, “Sgt. Pepper’s Lonely Hearts Club Band”. This masterpiece broke the mold. No singles were released due to the fact that it was meant to be experienced from start to finish. Getting back into the groove of mega hit singles, they released the double-sided single “Strawberry Fields Forever”/ “Penny Lane”. Unfortunately, shortly after, longtime manager Brian Epstein overdosed on sleeping pills and died. This didn’t put a halt to the Beatles success, however. In August of 1968 they released their most popular single “Hey Jude”/”Revolution” That same year they also released what has become known as “The White Album.” This record seemed to demonstrate the group’s talents as individuals. Included in this 30 song album were hits such as “Back in the U.S.S.R,” “Blackbird,” “Birthday,” “Helter Skelter,” “Revolution,” “While My Guitar Gently Weeps” and “Birthday.” 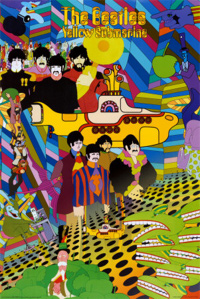 In the summer of 1969 the Beatles released their final album, “Abbey Road.” This record included the tracks, “Don’t Let me Down,” “Here Comes the Sun,” “Come Together” and “Something.” On April 10th 1970 the Beatles officially broke up when Paul McCartney left the band. On December 8th 1980, any chances of a reunion became impossible when John Lennon was murdered in New York City. In 1995 McCartney, Harrison, and Star shortly regrouped for “The Beatles Anthology.” Thankfully Lennon’s widow, Yoko Ono, made available two previously unreleased home demos which resulted in the songs “Free as a Bird” and “Real Love” after being recorded under the supervision of producer George Martin. In 2001, after a battle with cancer, George Harrison passed away leaving Paul McCartney and Ringo Star to carry the Beatles flame. As declared by a classical music critic from the London Sunday Times, the Beatles were “the greatest composers since Beethoven.” This is of course up for debate, but what is not is the fact that the Beatles have more number one singles that any other artist or group, with a total of 20. According to EMI they have sold over a BILLION records worldwide. Even as their original fans grow older, as do the remaining Beatles themselves, the Beatles pop culture icon status and popularity does not diminish. In 2009 Paul McCartney headlined the 10th anniversary of what many consider to be the most progressive and important music festival in the world, the “Coachella Music and Arts Festival,” proving that the Beatles’ impact on the world of music still continues.