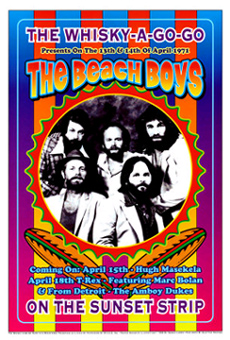 It’s hard to think of Southern California with out thinking of warm sunny days that bring out bikini-clad beauties to enjoy the sand and surf. It is safe to say that much of the reason for this is because of the music of The Beach Boys. Brian Wilson and cousin Mike Love got their start performing while attending Hawthorne High in Hawthorne, California. Brian, along with brothers Carl, Dennis, cousin Mike Love and friend Al Jardine came together to form a group The Pendletones, whose name was derived from the Pendleton shirts that were popular at the time. They started playing locally, and released “Surfin’ ” which started to get major airplay on local Los Angeles radio stations, much in part to Murry Wilson, the boys’ father, who was a musician himself and had taken on the role of the bands’ manager. “Surfin’ ” ended up at #75 on the charts and became very popular regionally, which lead to their first real gig at a Ritchie Valens Memorial Concert in Long Beach. In February of 1962 Al Jardine parted ways with the band to continue his education and was temporarily replaced by David Marks. 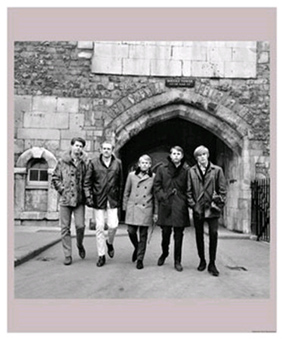 Although father Murry Wilson was abusive to the boys, he was also very much a part of why they became famous. He pressured them into a follow up for “Surfin’,” which resulted in the now classic songs “Surfer Girl,” “409,” and “Surfin’ Safari.” In July of 1962 the band signed with Capitol Records and later that year released their debut album “Surfin’ Safari” which included the songs “Surfin’ Safari,” “409,” and “Surfin.” The album did moderately well, reaching the #32 spot on the US charts. In 1963 the boys bombarded the charts with 3 new albums. On March 25th they released “Surfin’ USA,” which soared to the #2 spot on the charts and produced the hits “Surfin’ USA,” “Shut Down, “ and became their first album to be certified Gold. On September 16th they released “Surfer Girl,” and made the songs “Surfer Girl,” “Catch a Wave,” “Little Deuce Coupe,” and “In My Room” permanent fixtures in pop culture. On October 21st they released “Little Deuce Coupe,” an album that was a tribute to California’s love of cars, and racing, although maybe not the legal kind. Among others, the album included the song “Be True to Your School,” which helped it become the band’s first Platinum selling album, reaching the #4 spot on the charts. 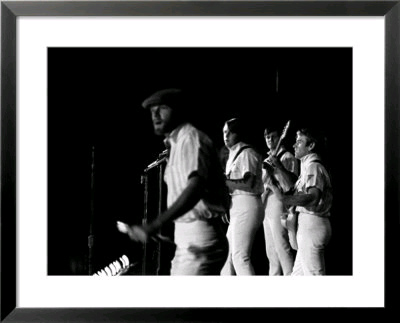 In 1964 the boys were finally fed up and fired their father/manager Murry. This didn’t hurt them musically however. By now Brian was becoming a creative force to be reckoned with, but at the same time mentally unstable. They continued their stream of hits with the album “Shut Down Vol.2,” which featured the tracks “Fun, Fun. Fun,” “Don’t Worry Baby,” and the angelic “Warmth of the Sun.” Despite their success, The Beach Boys had yet to reach the #1 spot with a single, although Brian’s composition for the band Jan & Dean, “Surf City,” was a #1 hit in 1963. Their next album “All Summer Long” would fix that situation. With the hits “I Get Around,” “Girls on the Beach,” “Wendy,” and “All Summer Long” the album claimed the #4 spot on the charts, and the song “I Get Around” became their first #1 single. The pressures of fame and success were starting to get to Brian, and after an anxiety attack on December 23rd 1964, he stopped touring. He started to work solely on writing and producing new material for the band, and was replaced by Glen Campbell, and then by Bruce Johnston. 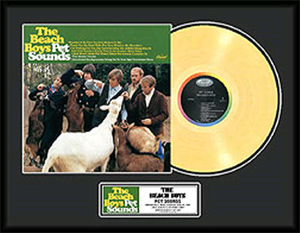 Brian may not have been contributing as a live performer, but he more than made up for that fact with his musical abilities in the studio. On May 16th 1966 the epic album “Pet Sounds” was released. It has been widely regarded as one of the best rock albums in history by critics and fellow musicians including Beatles member, Sir Paul McCartney. The album included the songs “Wouldn’t it Be Nice,” and “God Only Knows.” It was not promoted as it should have been at the time, only reaching the #10 spot in the US, but eventually went on to be certified Platinum. The Beach Boys released many more albums in the time in between, including the blockbuster compilation “Endless Summer” in 1974 that topped the charts and sold over 3 million copies. It wasn’t until 1976 with the release “15 Big Ones” that fans would see the Brian Wilson return as part of the bands’ on stage line up.

Shortly after returning as a performing member, Brian receded to his behind the scenes role, struggling with personal demons including drug problems. The following years were anything but smooth sailing for The Beach Boys, although they still remained relevant. In 1983 Dennis Wilson drowned while boating, but forging ahead the band continued performing, notably on the Mall in Washington DC, and at Live Aid in 1985. Three years later, the band achieved their first #1 hit in 22 years with the beautifully crafted “Kokomo.” In the years since, The Beach Boys have been through their fair share of heartaches, including the death of Carl Wilson in 1998 due to lung cancer. As recently as June 13th 2006, Brian Wilson, Mike Love, Al Jardine, Bruce Johnston, and David Marks performed together in Los Angeles, although not for the public. Currently Mike Love and Bruce Johnston are performing along with a cast of other musicians as “The Beach Boys,” and can be seen virtually anywhere in North America.