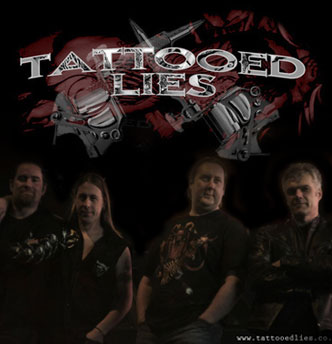 Tattooed Lies are a Melodic Hard rocking four piece band from Norwich Norfolk. After many years of playing rock/classic rock covers, they have started to phase in their own material which has been met with great response. They are recording their first album which is scheduled to be released sometime in early 2012.

One of the tracks on the album, Revenge, has already been recorded. It was written in support of a short film called the Darksiders which is due to be released at the end of 2011