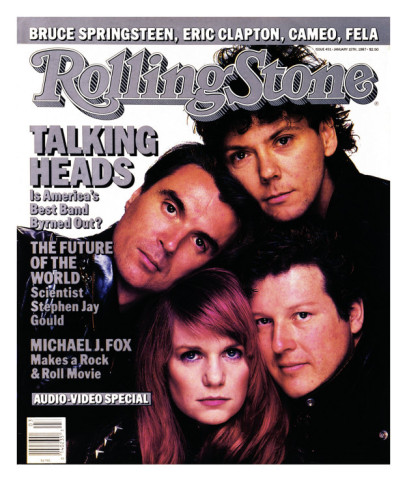 Singer/guitarist David Byrne and drummer Chris Frantz became band mates when they started the group “The Artistics,” in 1974. Byrne, Frantz and Tina Weymouth, Frantz’s girlfriend, attended the Rohde Island School of Design in Providence, Rhode Island, and eventually moved to New York City together. Weymouth learned the bass guitar and started playing with Byrne and Frantz. On June 8th, 1975 the trio debuted as the Talking Heads at New York’s now-legendary club, CBGB’s, opening for the Ramones. The next year guitarist/keyboardist/singer Jerry Harrison joined the band and they soon signed a contract with Sire Records. 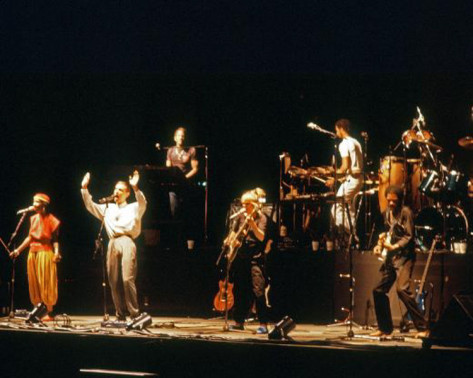 In 1977 the band released its first single “Love ® Building on Fire,” which also included the song “New Feeling.” On September 16th, 1977, the band released its debut album “Talking Heads: 77.” The album included the singles “Uh-Oh, Love Comes to Town,” and what would become one of the band’s most famous songs “Psycho Killer.” The record earned a respectable #97 on the US charts and would later be named one of Rolling Stone Magazines’ 500 Greatest Albums of All Time. Less than a year later the band released its second album, oddly titled “More Songs About Buildings and Food.” The record earned Gold certification in the US and notably included a cover of Al Green’s “Take Me to the River.” 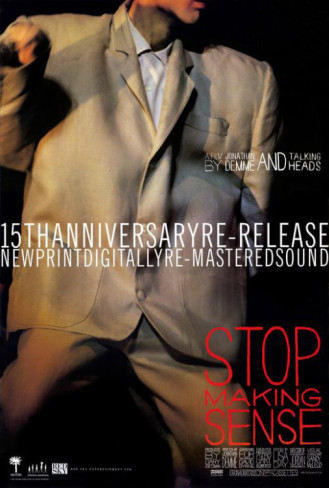 Talking Heads’ third album “Fear of Music,” was released on August 3rd, 1979. With help from the singles “Life During Wartime,” “I Zimbra,” and “Cities,” the album climbed to #21 on the US charts, the groups’ highest position thus far. Talking Heads promoted the album with a tour that took them to countries such as Japan, Australia and New Zealand. “Fear of Music,” would go on to sell more than 500,000 copies in the United States alone. The band released “Remain in Light,” the following year. “Remain in Light” used sounds more commonly found in African music than the New Wave genre which Talking Heads were a part of. The record produced the unforgettable track “Once in a Lifetime,” and like its predecessor, “Remain in Light,” would sell more than 500,000 copies in the US. Once again the band, joined by various temporary members, promoted their new album with a tour, after which they took a well-deserved break. 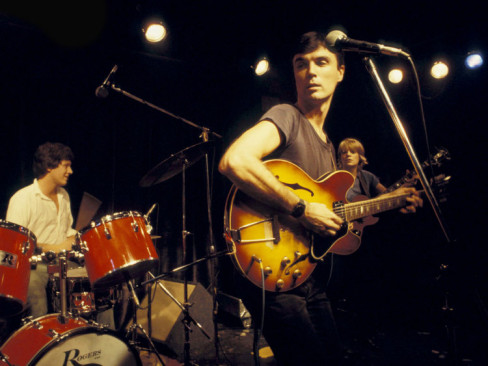 The band returned and released “Speaking in Tongues,” on May 31st, 1983. The album placed #15 on the US charts and included the infectiously catchy single “Burning Down the House.” Besides dominating the radio airwaves and becoming the band’s only top 10 hit, the music video for “Burning Down the House,” benefited from extensive screen time on the newly-created MTV. The album would later go on to sell more than 1 million units in the US alone. “… Tounges,” was followed up the by album “Little Creatures,” in 1985. Although it failed to chart as high as the band’s previous release, “Little Creatures,” would eventually sell more than 2 million copies in the US alone, making it the band’s best selling album. 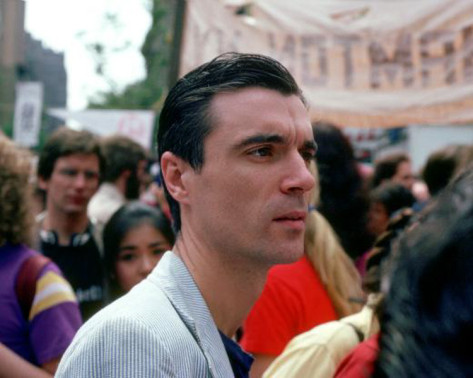 “True Stories,” was released in 1986, which was followed by “Naked,” in 1988. Talking Heads officially went their separate ways in 1991, although they briefly reconvened later that year. David Byrne launched a solo career, and among other achievements, won an Academy Award for his contributions to the soundtrack for the movie “The Last Emperor.” Married band mates Frantz and Weymouth continued work in their side project Tom Tom Club. Tom Tom Club’s song “Genius of Love,” became a major hit and was famously sampled in Maria Carey’s megahit single “Fantasy.” On March 18th, 2002 the Talking Heads earned their place in music history when they were inducted into the Rock and Roll Hall of Fame.