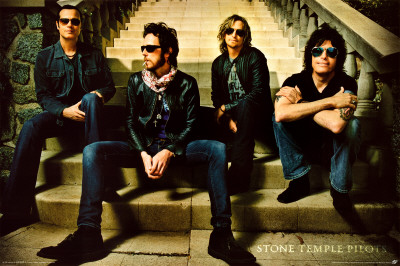 Stone Temple Pilots (otherwise known by fans as STP) began like many other bands—with a chance meeting between two musically-inclined people. Singer Scott Weiland met bassist Robert DeLeo at a Black Flag concert in 1986. By the end of the evening, the two men had become friends determined to start a band. Their band originally consisted of Weiland and DeLeo, as well as two of Weiland’s friends, guitarist Corey Hitchcock and drummer David Allin. However before the band had even found a name, Hitchcock and Allin had left. In response, DeLeo contacted his guitar-playing brother, Dean, and drummer Eric Kretz joined the group, forming the quartet which has become synonymous with STP. While originally calling themselves Mighty Joe Young, the group was forced to find a new name after learning that it had been claimed by a blues musician. It was at this time that Stone Temple Pilots was adopted (inspired, apparently, by the motor oil company). 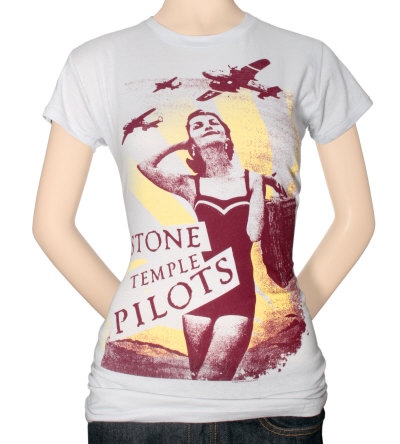 STP became one of those rare yet highly successful bands who found immediate success. Their first album, Core, which was released in 1992, was loathed by critics. Accused of being Pearl Jam knockoffs, Soundgarden wannabes, Alice in Chains impostors, and everything in between, one thing was certain: fans adored them. Daring to step away from the grunge scene sweeping the world in the early 90s, STP turned their attention to successful acts of the past, modeling their music instead off of the arena rock sounds popularized by Guns N Roses in the 70s. STP had found the magic formula: radio-friendly music with catchy sounds and lyrics. Hits such as “Sex Type Thing,” “Plush,” “Wicked Garden,” and “Creep” helped the album reach #3 on the Billboard charts. Perhaps the greatest example of STP’s reception came from Rolling Stone Magazine. In 1994 the band was simultaneously voted Best New Band by readers, and Worst New Band by critics. Additionally gaining acknowledgement by bagging a Grammy for “Plush” (named Best Hard Rock Performance), STP was on a roll. Despite speculations that the group would become a one-album wonder, STP held their own with the release of Purple in 1994. The album debuted at #1, and their first hit, “Interstate Love Song,” charted regularly for 15 weeks. Hits such as “Vaseline” and “Big Empty” ensured that Purple would go on to sell more than 3 million copies in a mere four months.

1995 marked the beginning of STP’s rocky journey. Weiland’s addictions to heroin and cocaine took a toll on his personal life as well as the band’s success. Despite an arrest for possession of cocaine and heroin, the group was able to pull through and produce their third album, Tiny Music… Songs from the Vatican Gift Shop, which was released in 1996. Despite debuting at #4, album sales began to fall when the band found themselves unable to support the release with a tour. Weiland’s drug problems had grown so significant that he was forced by a court order first under medical supervision, and then into rehab, forcing numerous tour efforts to end early. 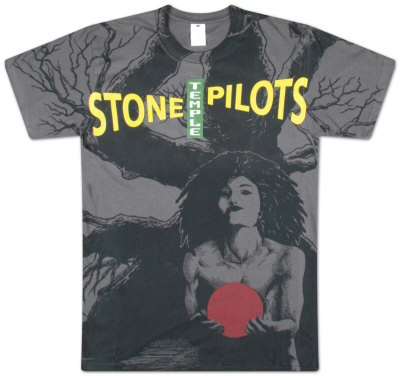 By 1997 the band had gone on hiatus owing to Weiland’s addictions. While Weiland pursued a solo career, the remaining members formed the band Talk Show. Both side projects proved to be less-than-successful. The group reformed again in 1999 to release their fourth studio album, aptly titled No. 4, which was supported by hits including “Down” and the highly successful “Sour Girl.” Their success was again short-lived when Weiland was sentenced to a year of prison for violating probation. Undeterred, the band re-formed following Weiland’s sentence, and released Shangri-La Dee Da, which received air time thanks to “Days of the Week” and “Hollywood Bitch.” When their final show of their 2002 tour turned sour (with a fight erupting between Dean DeLeo and Weiland), it became clear that the band needed a break. 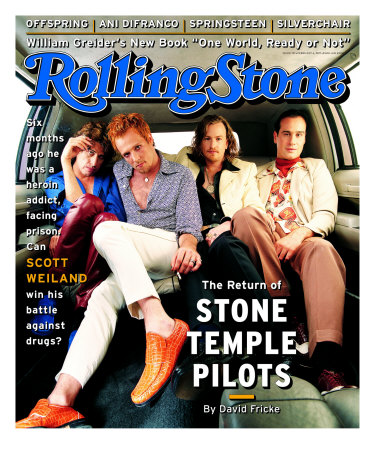 It was during this time in 2003 that the band released a greatest hits album, and also marked Weiland’s most successful side project, Velvet Revolver, a superband featuring Wasted Youth’s Dave Kushner, as well as Guns N’ Roses’ members Slash, Matt Sorum, and Duff McKagan. The band found success and released two albums, while the DeLeos formed a less-successful side project, Army of Anyone. The pangs of separation eventually grew too great to ignore, and after the DeLeos and Weiland began to negotiate a 2008 summer tour, Velvet Revolver came to a close. STP toured, Weiland served brief stints of jail time, albums were toyed with, side projects were launched, and at long last, May 2010 finally saw the release of the band’s sixth studio album, the self-titled Stone Temple Pilots. Like many love-hate relationships, STP has seen both highs and lows. Success has been punctured by setbacks, strong relationships have turned sour, but despite it all, the quartet keeps coming back to one another. STP has found success for nearly twenty years because of one simple truth: they may go their separate ways, but everyone eventually finds their way home.