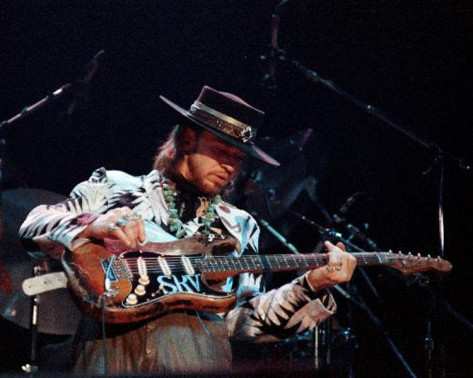 Stevie Ray Vaughan was born on October 3rd, 1954 in Dallas, Texas. In 1963 Stevie’s older brother, Jimmie, gave him his first electric guitar. He started his first band, The Chantones, in 1967, and performed around the Dallas area. In 1970 Stevie started Blackbird. A year later he dropped out of high school and relocated with the band to Austin, Texas, where they would play the Soap Creek Saloon. Vaughan then joined Krackerjack, which was followed by a stint in the band Nightcrawlers. With Nightcrawlers, he recorded in Hollywood and soon found himself back in Texas. Vaughan then joined Paul Ray & the Cobras in 1974. After 3 years with the Cobras, Vaughan formed Triple Threat Revue with singer Lou Ann Barton, bassist W.C. Clark, and keyboardist Fredde Walden. 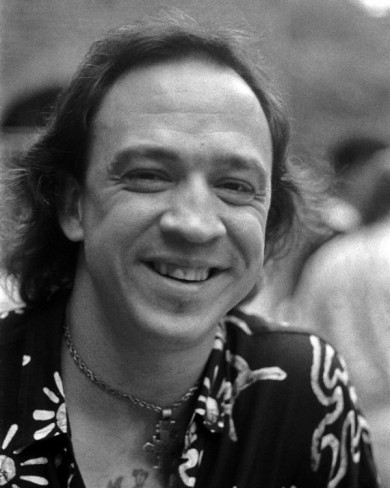 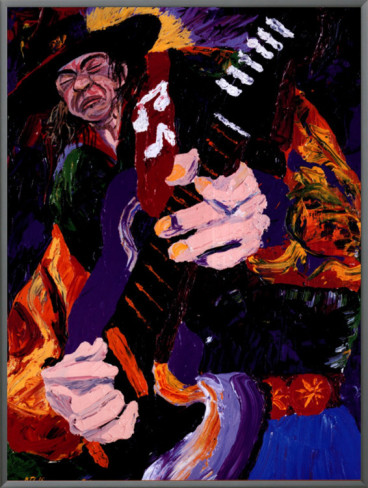 The recording session became Double Trouble’s debut album. “Texas Flood,” was released on June 13th, 1983. The album included the songs “Texas Flood,” “Rude Mood,” and the unforgettable “Pride and Joy.” The record peaked at #64 on the charts and sold more than 2 million copies in the US alone. The band supported the album with a tour and soon returned to the studio to work on their second album. “Can’t Stand the Weather,” was released on May 15th, 1984. The record included a cover of Jimi Hendrix’s “Voodoo Chile (Slight Return)” and like its predecessor would sell more than 2 million copies in the US. In October of 1984 the band played at the prestigious Carnegie Hall in New York City. 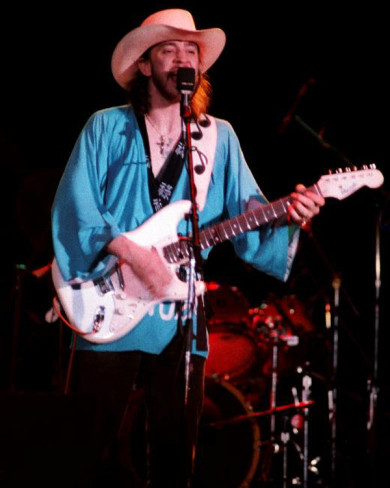 Keyboardist Reese Wynans joined the band and Vaughan and Double Trouble released their third album “Soul to Soul,” on September 30th, 1985. The album reached #34 on the charts and sold well, but unfortunately fame and fortune was starting to take its toll on Vaughan in the form of drug and alcohol abuse. Vaughan’s problems began to create problems within his marriage. While on tour in support of “Soul to Soul,” Vaughan was admitted to London hospital, which caused him to miss numerous dates. Within a couple months Vaughan returned with newfound sobriety. The live album “Live Alive,” was released on November 15th, 1986. With marital problems finally coming to a peak, Vaughan and Lenora Bailey divorced in 1988. 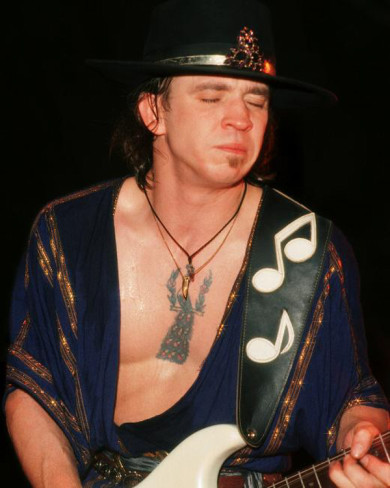 On January 23rd, 1989, Vaughan and Double Trouble had the honor of playing the inauguration party for newly elected president George H. W. Bush. Later that year Vaughan and Double Trouble released their 4th album entitled “In Step.” The album scored the #33 spot on the charts and included songs such as “The House Is Rockin’,” and the memorable “Crossfire.” The record received great reviews, sold more than 2 million units in the US, and won the Grammy for Best Contemporary Blues Album. Unfortunately this would be Vaughan’s last album with Double Trouble. Tragically on August 27th, 1990, Stevie Ray Vaughan was killed in a helicopter crash while traveling between gigs in Wisconsin. Fortunately, before his untimely death, Stevie was able to record one last album, a collaboration with his older brother Jimmie. The appropriately titled “Family Style,” was released on September 25th, 1990, less than a month after Stevie’s death.