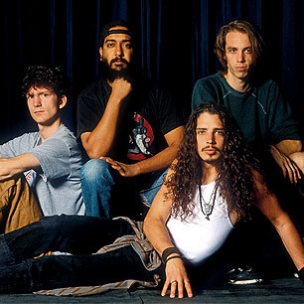 Before Soundgarden became the band known today, singer and drummer Chris Cornell, and bassist Hiro Yamamoto were part of an early-80’s band known as the Shemps. After Yamamoto left the group, his replacement, bassist and guitarist Kim Thayil took over and the foundation for Soundgarden was laid. In 1984, following the breakup of The Shemps, Cornell, Yamamoto, and Thayil joined forces and assumed the name Soundgarden. After recruiting drummer Matt Cameron so that Cornell could focus on singing, the band began to set their sights on success. After recording several songs and playing local shows in the Seattle area, Soundgarden were scouted by a local DJ, who gave them the means to record their first single, “Hunted Down” in 1987. As Soundgarden continued to gain momentum around Seattle with their popular single and growing fanbase, the group was signed to SST Records and their first album, Ultramega OK, was released in 1988. This first attempt proved remarkably successful. Bolstered by their first music video for the song “Flower,” the band was nominated for a Grammy for the Best Metal Performance category. 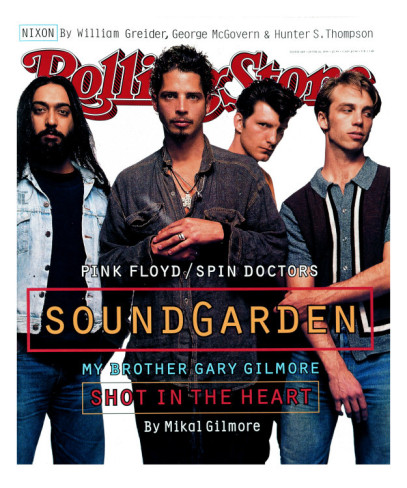 As grunge music gained popularity nationwide, Soundgarden released their second album, Louder Than Love (1989) which edged them even closer to stardom. With their album reaching #108 on the Billboard Top 200 chart and tours on the horizon, Soundgarden received a blow after Yamamoto left the group to further his college education. His replacement, former Nirvana member Jason Everman, fared no better. Following Soundgarden’s Louder Than Love tour, he was let go on the grounds that he simply wasn’t meshing well with the group. With three being the magic number, Ben Shepherd joined the group, and their lineup has remained unchanged ever since. Their third studio album, Badmotorfinger was released in 1991, and the upward climb continued. Receiving positive reviews for their heavy-hitting sound combined with insightful lyrics, and boosted by the controversy surrounding their single Jesus Christ Pose (many considered it anti-Christian, while Cornell insisted that the lyrics were meant to chastise politicians who hid behind religion for their political platforms), Badmotorfinger climbed to #39 on both the Billboard and UK Albums charts. 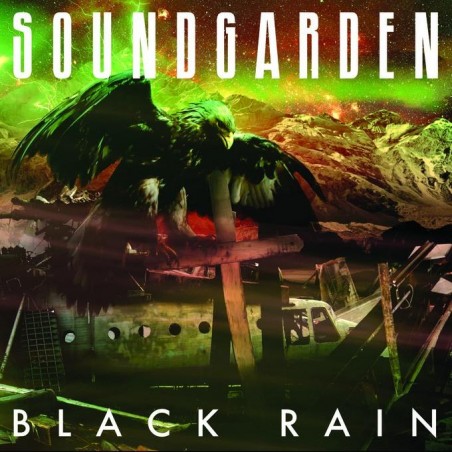 True success for the band didn’t come until ten years after their formation, with the release of their fourth album, Superunknown in 1994. With multiple singles including “Spoonman,” “The Day I Tried to Live,” “My Wave,” “Fell on Black Days,” and the endearing “Black Hole Sun,” Superunknown became their best-selling album to date, debuting at #1 and being certified five times platinum. Despite Grammy nominations in the past, it was Superunknown which finally clinched awards for Soundgarden, with awards given to “Black Hole Sun” for Best Hard Rock Performance, and to “Spoonman” for Best Metal Performance. Additionally, the album itself was nominated for Best Rock Album in 1995. 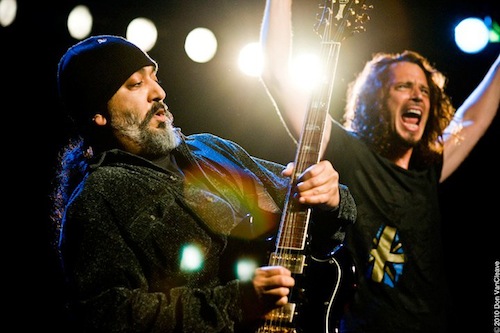 The rapid succession of touring for their hit album took a toll on the band in more ways than one. In late 1994, the band was forced to postpone shows after Cornell, singing an average of five nights per week, damaged his vocal cords. Further, the extended time on the road began to take a toll on the band, and tensions mounted. Feeling that their time together would be coming to a close, Soundgarden completed their Superunknown tour and began work on their fifth album, Down on the Upside, which was released in 1996. The album’s many singles, “Pretty Noose,” “Burden in My Hand,” and “Blow Up the Outside World,” combined with a Grammy nomination for Best Hard Rock Performance for “Pretty Noose,” failed to keep the band together. Despite touring with Metallica for Lollapalooza 1996, things had turned sour. As performing the same songs night after night became more of a chore, the group decided the time had come to disband, and in 1997, their breakup was officially announced. 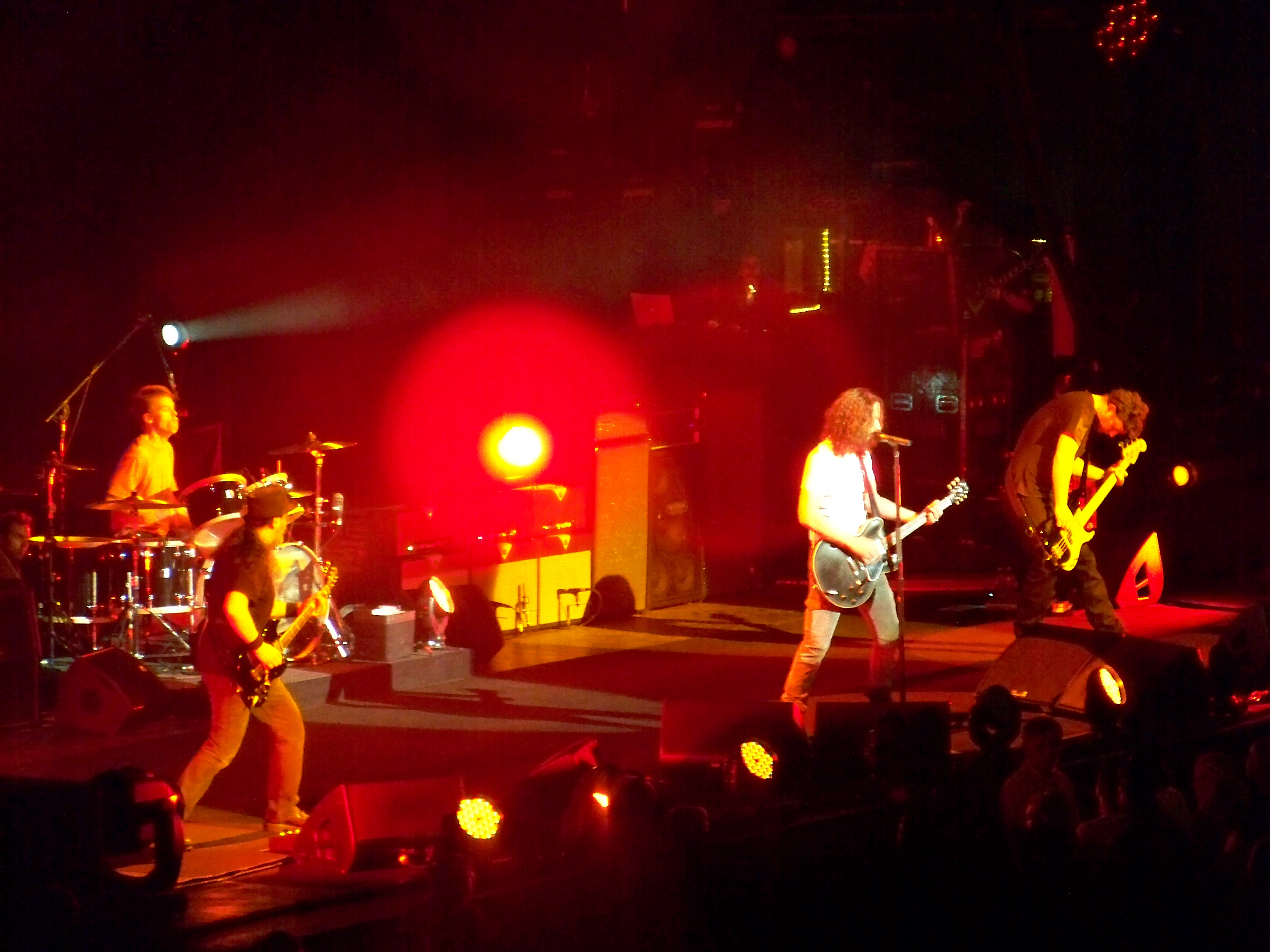 Soundgarden, however, seemed to have become a springboard for its members, spawning several successful projects. Most notably was Chris Cornell’s band, Audioslave, which also featured three members of the disbanded Rage Against The Machine, who released three albums between 2002 and 2006. During this time, Thayil worked with former Nirvana members, offering his talents to both Krist Novoselic and Dave Grohl, Cameron drummed for notables including The Smashing Pumpkins (contributing to their Adore album) and Pearl Jam (taking part in four albums from 2000 to 2009), while Shephard toured with Mark Lanegan and assisted Tony Iommi on his 2000 album IOMMI. Despite their insistence for over a decade that the group was broken up for good, Soundgarden was forced to eat their words in 2010 when the group began to hint to fans that a tour was on the horizon. When their first reunion show sold out in under fifteen minutes, their popular shows with venues including Lollapalooza, and their wide reception in other media outlets such as their feature on Guitar Hero: Warriors of Rock, fans have made it clear that their love for Soundgarden never died. While the band continues to deny any possibility of a sixth studio album, the music world can only hope, wait and see.