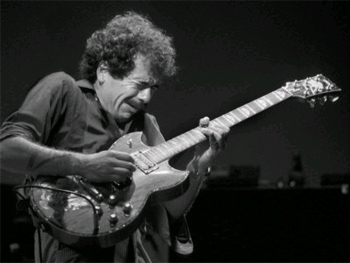 Carlos Augusto Alves Santana was born on July 20th, 1947, in Autlan de Navarro, Jalisco, Mexico. Carlos learned both the violin and guitar at a young age and eventually moved to the cultural melting pot that is San Francisco, California. In 1966 Carlos started the Santana Blues Band, which was later shortened to Santana, and the group gained popularity by playing throughout the city at venues such as the famous Fillmore. The band earned a spot at Woodstock in 1969 and signed a record deal soon afterwards. 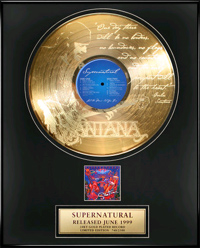 Click on the image to buy this
Framed Memorabilia

In August of 1969 the band released their debut self-titled album “Santana.” The record included the songs “Jingo” and the now famous “Evil Ways,” among others and peaked at #4 on the charts, eventually selling more than 2 million copies in the US alone. “Abraxas” followed in 1970, which produced the hits “Black Magic Woman,” and “Oye Coma Va,” which helped the record sell more than 5 million units. “Santana III” was released in 1971, which sold over 2 million copies and was followed by “Caravanserai” in 1972, which again earned Platinum certification. 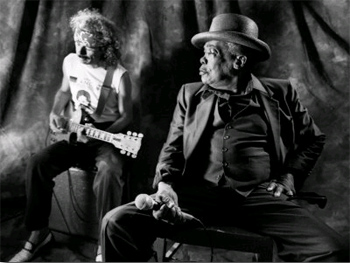 After a strong start, the band’s lineup changed in 1973 and Santana embarked on a Japanese tour. Santana had drifted away from its signature sound, and fans seemed to notice, which resulted in slumping album sales. “Amigos” was released in 1976 and returned to the band’s more traditional sound, although the album failed to produce any hits. Carlos began his solo career in 1979 with the album “Oneness: Silver Dreams – Golden Reality,” and the band released the Platinum selling “Zebop!” in 1981.

Santana took part in the now legendary Live Aid concert in 1985, playing in Philadelphia with rock legends such as Tom Petty and the Heartbreakers, Black Sabbath and countless others. The following year the band released “Freedom,” which was followed by a solo release by Carlos entitled “Blues for Salvador.” The album would score Carlos his first Grammy Award for Best Rock Instrumental Performance. The band would continue to release albums throughout the late ‘80’s and early 90’s but all failed to sell impressively. In 1998 Santana was inducted into the Rock and Roll Hall of Fame. Though Santana’s album sales had flat lined over the years, as the millennium drew to a close, that was all about to change. 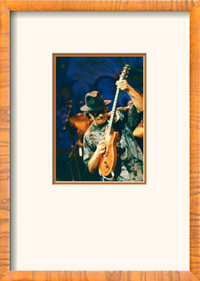 Carlos had collaborated with other musicians many times over the years, but it wasn’t until 1999 that it would result in blockbuster success. The album “Supernatural,” became Santana’s most successful album to date. The record featured different artists on almost every track and produced the hits “Smooth” which spent 12 weeks at #1, “Maria, Maria,” and “Put Your Lights On.” When all was said and done, the record claimed the top spot on the charts, sold more than 26 million copies worldwide and took home 9 Grammy Awards. The album was followed up by the 2002 release “Shaman.” Although it was virtually impossible to repeat the success of its predecessor, “Shaman” impressively sold more than 298,000 copies in its first week. Carlos Santana has undoubtedly played an important role in the history of rock and roll, and shows no signs of fading into distant memories. He has kept relevant by collaborating with younger artists, and continues to attract younger fans by doing things like performing on the American Idol Finale in 2009, and lending his likeness to the video game phenomenon Guitar Hero 5. To date, Santana has sold more than 90 million albums world wide, a number that will surely continue to grow as does his fan base.