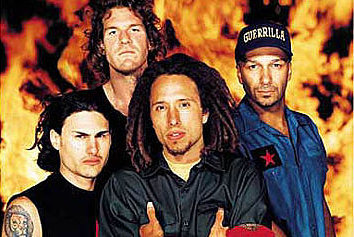 Guitarist Tom Morello moved to Los Angeles, California after he graduated from Harvard University with a degree in Political Science. After working for a short time with Senator Alan Cranston, Morello set out to pursue a career in music. After a two-year stint in the band “Lock Up,” Morello met rapper Zack de la Rocha in 1992. After Morello recruited drummer Brad Wilk and de la Rocha convinced childhood friend and bassist Tim Commerford to be a part of their project, Rage Against the Machine was born. The group played for the first time at a party one of Commerfords friends was holding in Orange County California. After coming up with a 12-song demo tape, the band started to attract attention from record labels. They eventually signed with Epic Records after being assured they would have creative control of their music. 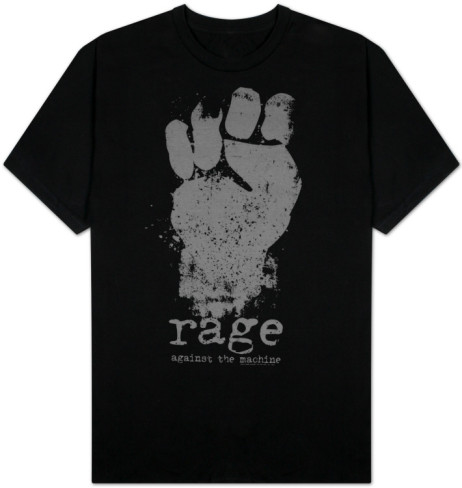 The band exploded on to the scene with their self-titled debut album “Rage Against the Machine,” which was released on November 11th 1992. The record included the songs “Bombtrack,” “Killing in the Name,” “Bullet in the Head,” and “Wake Up.” The names of the tracks themselves made the album hard to ignore, and the public noticed. The album peaked at #45 on the charts and sold more than 3 million copies in the United States alone. The band supported the album by performing live, which they are particularly revered for, earning a spot at Lollapalooza in 1993 alongside heavy hitting rock acts like Alice in Chains. The song “Wake Up” would later be featured in the 1999 summer blockbuster “The Matrix.” 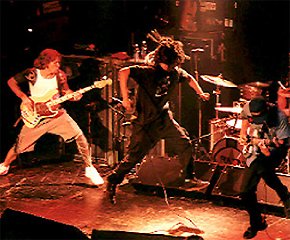 Making just about as big of an impression as they possibly could have, Rage followed up their debut album with the epic “Evil Empire,” on April 16th 1996. The album debuted at #1 on the charts. With songs like “Bulls on Parade,” the band dominated the airwaves and MTV’s video rotation. The single “Tire Me,” earned the band a Grammy Award for Best Metal Performance that same year. In 1997 Rage opened for U2, arguably the biggest band of the 1990’s, on their PopMart Tour.

Letting fans digest, Rage didn’t release their next album until 1999. On November 2nd the band triumphantly returned with the politically charged and simply amazing “The Battle of Los Angeles.” Their 2nd consecutive album to do so, “The Battle of Los Angeles” debuted at #1 selling a staggering 420,000 copies in it’s first week of release. The album included the singles “Testify,” “Guerrilla Radio,” “Calm Like a Bomb,” and “Sleep Now in the Fire.” While shooting the music video for “Sleep Now in the Fire,” on Wall Street in New York City, the band tried to enter the New York Stock Exchange, which prompted a brief lock down. At the end of it all the video’s director, documentary filmmaker and political activist Michael Moore, was arrested. 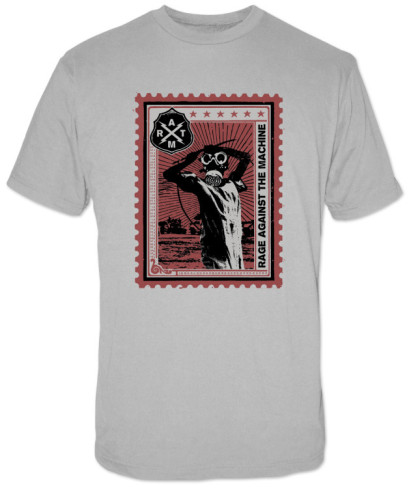 After the debacle that was Woodstock ’99, Rage Against the Machine took part in kicking off what would end up being one of the largest and most influential annual music festivals in recent memory, The Coachella Music and Arts Festival. Held in Indio, California on October 9th and 10th in 1999, the two day festival included acts such as Beck, Tool, Morrissey and The Chemical Brothers to name a few. The next year, on December 5th 2000, the band released their 4th and final studio album “Renegades.” The record is almost completely cover songs, spanning the works of Bob Dylan to the Rolling Stones. Not as successful as their previous albums, “Renegades” still managed to peak at #14 on the charts and sell more than a million copies.

Unfortunately for fans, and most likely for record sales as well, Zack de la Rocha had decided to leave the band before the album’s release. Zack went on to pursue a solo career and the remaining 3 members of Rage teamed up with former Soundgarden front man Chris Cornell to create the incredibly successful “Audioslave.” 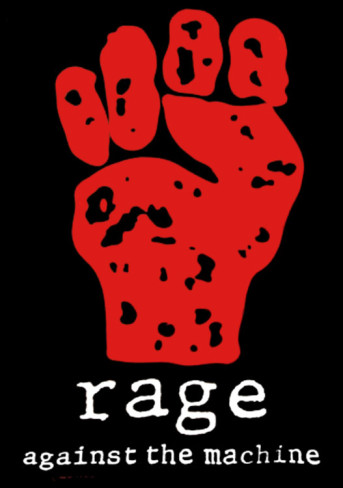 For fans of outspoken, long since broken up Rage, news of the 2007 Coachella Music and Arts Festival lineup caused an unparalleled feeling of anticipation with the announcement that the band would be reuniting for 1 show headlining the event. It was later announced that the band would in fact perform at other venues around the country. Although they have yet to put out any new material, fans of Rage Against the Machine can check out the band’s members in one of their many side projects. At the moment, there are not any tour dates scheduled, but according to the band there should be more chances to see them in the future.