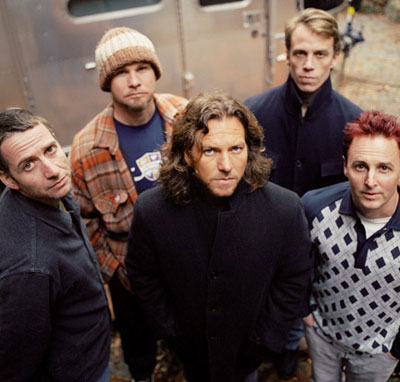 After the band Mother Love Bone disbanded, members Stone Gossard and Jeff Ament started looking for a new band. Gossard started to play with Mike McCready in Seattle Washington, and after Ament joined the trio, they recorded a demo and started looking for a singer and drummer. Originally passing the demo on to ex-Red Hot Chili Peppers drummer Jack Irons, it made it’s way into the hands of a friend of Iron’s singer Eddie Vedder. Vedder was living in San Diego, California and after taking some time to come up with lyrics for the songs, sent the demo back to the guys in Seattle. After taking a listen they immediately flew Vedder up north, at which point, he joined the band. After picking up drummer Dave Krusen, the band made their debut at the Off Ramp Café in Seattle. They originally played under the name “Mookie Blaylock,” which was a reference to popular basketball player of the same name, but soon started calling themselves Pearl Jam. 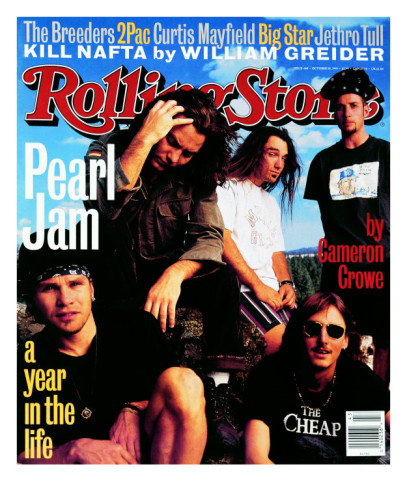 In March of 1991 the band recorded their debut album “Ten.” Sales were slow at first, and in May, Dave Krusen left the band and was replaced by Matt Chamberlain. Chamberlain soon left as well, to join the Saturday Night Live house band, and the group recruited Dave Abbruzzese to fill the vacant spot. Nearly a year after it’s release “Ten” gained momentum and eventually sold over 13 million copies, a truly unbelievable feat for a debut album. The record included some of the bands most famous songs such as “Even Flow,” “Alive,” and “Jeremy.” The album became so successful that it would remain on the charts for more than 2 years. The band toured in support of the album, although it can be argued that they probably didn’t really need to, and made appearances on Saturday Night Live and MTV Unplugged. They also performed at the rock festival Lollapalooza.

Proving that they had more than just beginners luck, the band released the album “Vs.” in 1993. The record absolutely flew off the shelves, selling a staggering 950,378 units in its first week. The album included the hits “Dissident,” “Go,” “Animal,” and the radio favorite, “Daughter.” The album went all the way to the #1 spot and sold more than 7 million albums in the United States alone, proving that Pear Jam was a hit making force to be reckoned with. The band finished recording it’s third album “Vitalogy” and promptly fired drummer Dave Abbruzzese. They replaced him with their original choice Jack Irons, and released “Vitalogy” on November 22nd 1994 on vinyl and on CD and cassette on December 6th. The album again sold a mesmerizing 877,000 copies in it’s first week. The record included the singles “Not For You,” “Corduroy,” “Better Man,” “Immortality,” and won the group it’s first Grammy Award for Best Hard Rock Performance for the track “Spin the Black Circle,” in 1996. 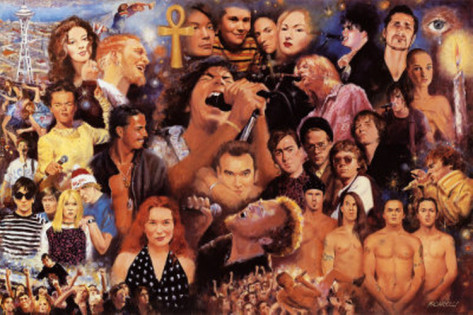 Due to the fact that the band didn’t like the idea concert promoter Ticketmaster was adding “convenience charges” to the price of their tickets, Pearl Jam had been boycotting any venue for which Ticketmaster was selling tickets. Unfortunately for American fans that meant that they didn’t really play in the Untied States, other than a few exceptions. This severely hurt the sales of their next album “No Code.” The numbers dropped drastically with the album selling only 1.4 million units in the US. The touring situation also started putting strains on the band member’s relationships with each other. Forging ahead the band released “Yield” on February 3rd 1998. It debuted at #2, selling slightly better than “No Code,” and included the songs “Given to Fly,” and “Wish list.” Tensions were still high within the band, and by April 1998 Jack Irons had left. Former Sound Garden drummer Matt Cameron replaced him. 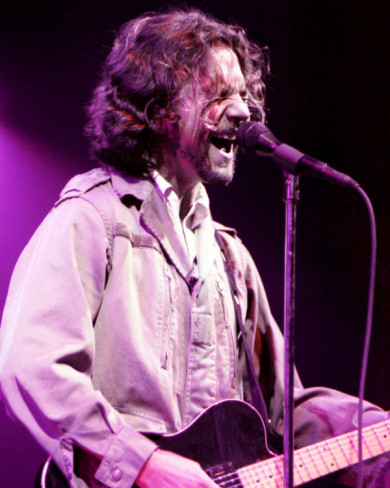 Finally giving in to the idea that Ticketmaster was not going away, the band started playing shows in the US that were promoted by the company. On May 16th 2000 they released “Binaural” after taking a short break. Binarual would be Cameron’s debut studio album, but unfortunately for him, it would also become the first record not to be certified Platinum, selling only 718,000 copies, a mere fraction of their previous successes. However, record sales became a distant worry after a tour stop in Denmark. On June 30th, 2000, nine fans were trampled and killed after the crowd rushed the stage at the Roskilde Festival. Understandably, this promptly ended their European tour. Two years later the band released “Riot Act” which proved even less successful than their previous album selling just over 500,000 copies. On May 2nd 2006 the band released the self-titled album “Pearl Jam.” The album included the songs “Life Wasted,” “World Wide Suicide,” and “Gone.” Since then, they have contributed music to movies, and toured, notably headlining the Bonnaroo music festival in 2008. There are plans to release a new studio album soon, which will be supported by a tour.