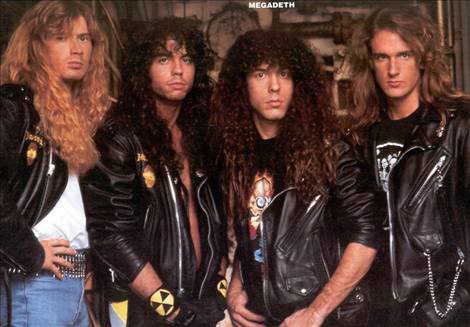 After being fired from Metallica for drug abuse, guitarist Dave Mustaine wasn’t about to go quietly into the night. Mustaine initially started his new project, Megadeth, with guitarist Greg Handevidt, bassist Dave Ellefson and drummer Dijion Carruthers in 1983 in Los Angeles. (It is important to note that Mustaine and Ellefson were the only constant band members between 1983 and 2002, and that the band’s lineup changed often. To date the band has had 21 members) The band recorded a demo, in 1984, which featured the songs “Last Rites/Loved to Death,” “Skull Beneath the Skin,” and “Mechanix.” They started performing and were singed to by Combat Records. 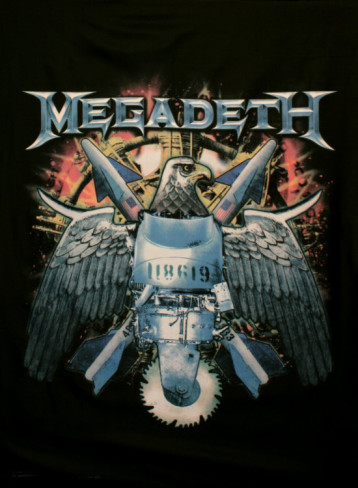 Megadeth released its debut album “Killing Is My Business… and Business Is Good!” in May of 1985. The record included a cover of the Lee Hazlewood song “These Boots,” and “Mecahnix” among others. The band headed out on tour, through the United States and Canada, and were later singed to Capitol Records. They released the album “Peace Sells… but Who’s Buying?” in October of 1986. The record made it to the #76 spot on the charts and eventually sold more than a million copies in the US and Canada. They toured with shock rock godfather Alice Cooper and in March of 1987, headlined their first world tour. Heading back to the studio, they recorded and released their 3rd album, “So Far, So Good… So What!” Once again the band sold more than 1 million copies in the US and Canada and set out on tour to support the record. 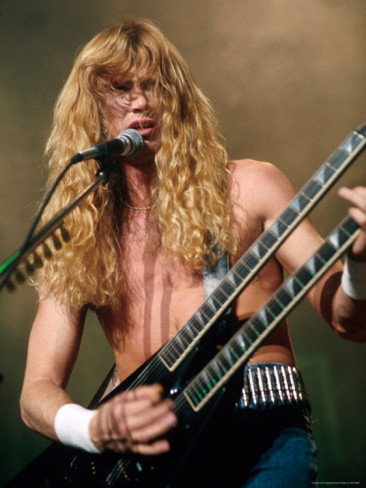 In August of 1988 the band played with some of the heaviest hitters in rock at the Monsters of Rock festival, including Iron Maiden, Guns N Roses, and KISS. Megadeth was set to play the Monsters of Rock European tour but canceled after their first show. Mustaine’s problems with drugs were not going unnoticed. After hitting a parked car while intoxicated, Mustaine was forced to enter rehab. He sobered up and the band released “Rust In Peace,” on September 24th 1990. Not surprisingly, sobriety had given birth to an album that was both critically acclaimed and very popular, eventually being certified Platinum. The record was nominated for a Grammy for Best Metal Performance, which would be the first of 7 over the course of their career, none of which they managed to win. 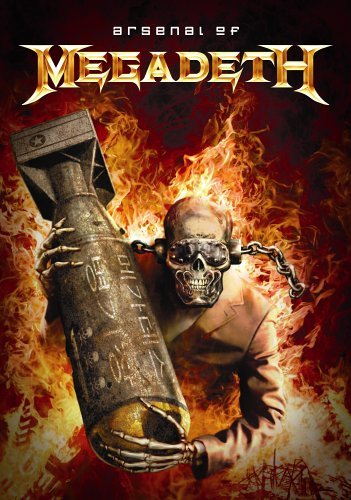 Consistency was the name of the game for Megadeth. “Countdown to Extinction,” was released on July 14th, 1992. The album debuted at #2 and was their best selling record. Unfortunately the band had to cancel their US tour in support of the record due to Mustaine’s drug relapse. Thankfully Mustaine once again sobered up returning to release yet an other Platinum record, “Youthanasia,” which debuted at #4 on the charts. The band cleaned up their stereotypical heavy metal look and started out on tour, after which they took a well-deserved break. Rested up, the band released the album, which, after some changes, came to be known as “Cryptic Writings.” The record debuted at #10 and produced more radio friendly tracks. The band went on a world tour, and played the now legendary Ozzfest, in 1998. 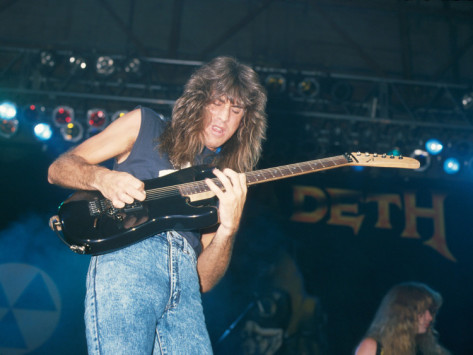 Despite the constant ups and downs of personnel changes and problems with substance abuse, Megadeth remained remarkably reliable when it came to their music. 1999’s album, “Risk,” was really the first time that they had strayed from success. “Risk” was certified Gold, but considered a commercial failure. The band changed labels in 2000, signing with Sanctuary Records, and released “The World Needs a Hero,” on May 15th 2001. The band headed out on the road in support of the record, but as a result of the September 11th attacks in New York, were forced to cancel all of their tour dates. The next year Mustaine found himself in the hospital for treatment of kidney stones. The use of painkillers triggered a drug relapse, which landed Mustaine back in rehab. While recovering he suffered a nerve injury to his left arm that left him unable to play guitar. As a result Megadeth broke up on April 3rd, 2002. With therapy, Mustaine was able to regain the use of his arm and reassembled the band to finish his contractual obligations to the record company. The band released the album “The System Has Failed,” on September 14th, 2004, which Mustaine claimed to be the band’s last. Fortunately for fans, Mustaine reneged on this promise and released “Untied Abominations,” in 2007. The band has announced the release of “Endgame,” which is expected in September 2009. Megadeth is still active and touring.