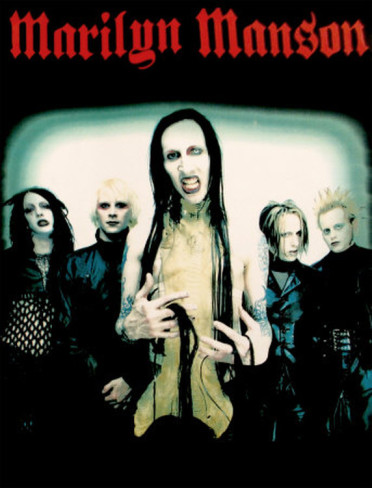 Marilyn Manson was born January 5, 1969 and no, he did not sell his soul to the devil in exchange for fame. Nor does he sacrifice puppies during his shows. He is also not the former child actor who played Paul on “The Wonder Years.” Marilyn Manson is, in fact, Brian Warner, from Canton, OH, and his reputation often precedes him. Studying journalism in Fort Lauderdale, FL, twenty year old Manson befriended Scott Putesky (more commonly known as Daisy Berkowitz), and after going over some of Manson’s poetry and song lyrics, the two decided to start a band. Originally coined as Marilyn Manson and the Spooky Kids, Marilyn Manson has since dropped the “spooky kids” from their band name, while Manson himself is the only member to have been consistently in the band for the production of every studio album. After playing locally for four years, Manson eventually caught the eye of Nine Inch Nails’ Trent Reznor, who signed Manson’s group to his label, Nothing Records. 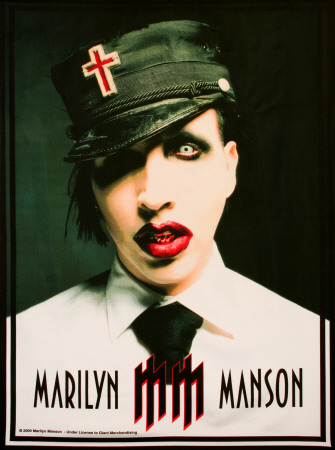 With Reznor’s support, Marilyn Manson toured with Nine Inch Nails and began work on their first album, originally titled The Manson Family Album (1992). When the album received substantially negative criticism, both Manson and Reznor agreed that the album needed to be reworked, and thus hit the recording studio to re-record the entire album, producing what was renamed Portrait of an American Family (1993). The album’s singles, “Get Your Gunn,” “Lunchbox,” and “Dope Hat” were fairly well received, gaining Manson radio airtime, but failing to chart. Manson’s second album fared radically better. Smells Like Children was released in 1995, including, among other tracks, a remake of the Eurythmics’ “Sweet Dreams (Are Made Of This)” which quickly became Manson’s first hit. The more TV-friendly music video (compared to Manson’s previous videos) received regular airtime on MTV and helped boost Manson’s fanbase significantly. 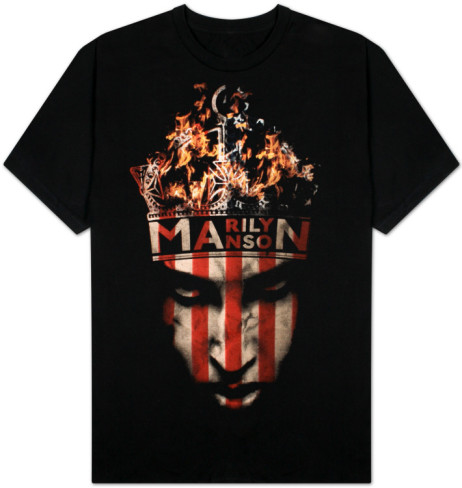 One year later saw the release of Manson’s Antichrist Superstar (1996), which eventually reached #3 on the Billboard charts, and produced the single “The Beautiful People.” It was also at this time that Manson began to feel the heat from his opposition. Among countless circulating rumors about his his performances, lifestyle, and song lyrics, Manson found himself targeted in a Congressional hearing which sought to determine whether violent song lyrics affected youth. Playing up the rumors against him, Manson further honed the gothic, anti-religious persona receiving significant media attention until (for better or worse) Manson had nearly become a household name. Ever the artist, however, Manson changed his image for the release of his fourth studio album, Mechanical Animals, in 1998, adopting a more Bowie-like glam rock persona. Hits including “The Dope Show,” “I Don’t Like the Drugs (But the Drugs Like Me),” and “Rock Is Dead” achieved massive airplay both on radio as well as TV, helping Mechanical Animals to chart at #1 on Billboard. 2000 saw the release of Holy Wood (In the Shadow of the Valley of Death), which continued to play up the blasphemy and sacrilege for which he was famous. “Disposable Teens” failed to chart as well as Mechanical Animals’ singles, but still received significant airplay. 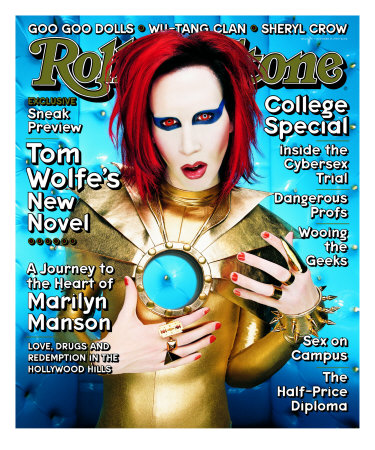 2003 brought The Golden Age of the Grotesque, which debuted at #1 and sold over 100,000 copies in the first week of its release, while the album’s single hit, “Mobscene” charted at #18. Supported by massive tours and shows reminiscent of German cabaret, Manson was again preparing for a change. Following the release a compilation album and the hit remake of Depeche Mode’s “Personal Jesus,” Manson took a break to re-focus himself artistically. Following this break, Manson released his sixth studio album, Eat Me, Drink Me, in 2007, which charted at #8 and produced the hit “Heart Shaped Glasses.” Two years later brought Manson’s most recent album to date, “The High End of Low,” which debuted well (at #4), while the album’s sole single, “Arma-Goddamn-Motherfuckin-Geddon,” peaked at #37. 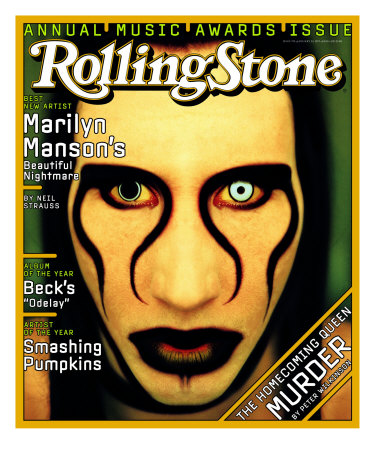 Regularly in the media since fame found him, Manson has proven himself, over the years, to be less of the monster he was originally painted as, and more of an artist. With changing images, personae, and musical styles, Manson has also been known to branch away from his musical endeavours to pursue other forms of artistic media, including film (with appearances in films such as Jawbreaker and the 2002 documentary Bowling for Columbine), television (most notably for his regular appearances on Celebrity Deathmatch), and watercolor painting, opening the Celebritarian Corporation Gallery of Fine Art. Having parted with his label, Interscope Records, in 2009, Manson indicated optimism in being able to express his musical creativity more freely than was allowed under Interscope’s influence. What artistic experiments and musical exploration are yet to come remain a mystery to eager fans worldwide.