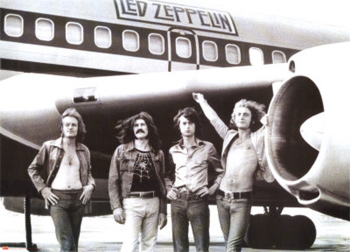 On October 25th 1968, at the University of Surrey, Guildford in the United Kingdom, “Led Zeppelin” played their first live show as a band. Their name is often attributed to a term that fellow musician John Entwistle, bassist for The Who, used to describe a bad gig; a “lead zeppelin”. It is said that the “a” was dropped from the word “lead” so that it would not be mispronounced “leed”. Whether or not this is the case, it is not surprising the band’s first gig didn’t go over like a “lead zeppelin. Led Zeppelin, comprised of guitarist Jimmy Page, singer Robert Plant, bassist John Paul Jones and drummer John Bonham, could be looked at as the originators of hard rock. As singer Robert Plant pointed out, about one third of their music was actually acoustic. 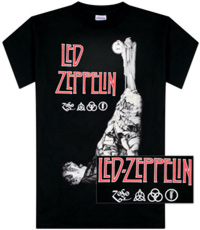 From 1968–1980 Led Zeppelin could easily have been called the biggest band in the world. They released eight albums that shaped and influenced countless other musicians in ways that can still be heard today. Their first album, which was self-titled and released in 1969, included the tracks “Dazed and Confused”, “Communication Breakdown” and “Good Times Bad Times”. The song “How Many More Times” was listed as having a runtime of 3:30 in an effort by Jimmy Page to get radio stations to play the track. The song was actually 8:28. The band’s sophomore album, “Led Zeppelin II,” also released in 1969, included “Whole Lotta Love,” “Ramble On,” and “Heartbreaker.” “Immigrant Song” and “Tangerine” helped their third record, “Led Zeppelin III” ,released in 1970, sell more than 6 million copies in the United States alone. In 1971 the band’s fourth album which was untitled, although it is known as Led Zeppelin IV, sold a breathe taking 23 million units. With songs like “Black Dog”, “Battle of Evermore” and the absolutely epic “Stairway to Heaven,” it is easy to see why. Although “Stairway to Heaven” was never released as a single, it is reportedly the most requested rock song ever, and at 8 minutes long a great opportunity for squirming DJ’s to take a much needed bathroom break. Led Zeppelin’s other albums include 1973’s “House of the Holy”, “Physical Graffiti” released in 1973, “Presence” released in 1976, and their last studio album, “In Through the Out Door” which was released in 1979. 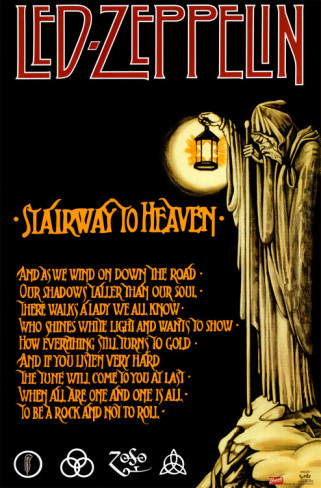 Unfortunately for the members of Zeppelin, fame and fortune couldn’t protect them from the realities of life. In 1975 the band’s voice, Robert Plant, was involved in a serious automobile accident on a Greek island. Although the crash almost left him without a leg, Plant survived. This understandably put the band on hold for two years. To make matters worse for Plant, in 1977, just two years after his accident, his son, who was only 6 years old at the time, developed a serious viral infection and died. Zeppelin released “In Through the Out Door” in 1979, but September 25th 1980, as the super group prepared for an upcoming American tour, they suffered a blow from which they could not recover. After having consumed excessive amounts of alcohol, drummer John Bonham was found dead from asphyxiation. The band decided that Bonham was irreplaceable and out of respect, called it quits. 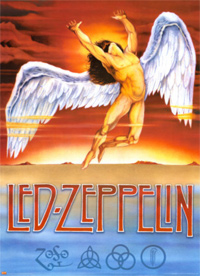 Their Zeppelin days behind them, Plant, Page, and Jones continued with their musical endeavors. John Paul Jones decided to return to arranging, scoring, and producing music. Robert Plant started a career as a solo artist, and Jimmy Page, along with Paul Rodgers, formerly of the band “Bad Company” started a new band called “The Firm”. Fortunately for the three surviving members, careers after Led Zeppelin could be looked at as the “icing on the cake”. In terms of records sales, as of the year 2000, Led Zeppelin was second only to The Beatles, selling a jaw dropping 84 million albums. “Led Zeppelin IV” is the 4th best selling album of all time. Their albums “Led Zeppelin”, “Led Zeppelin II”, “Houses of the Holy” and “Physical Graffiti” are ranked in the top 100 best selling records of all time as well. 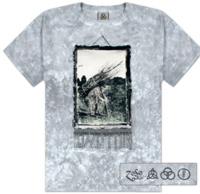 Keeping true to their words that Bonham was irreplaceable, Led Zeppelin never reunited. They did, however, come together on a few occasions such as Live Aid for Atlantic Records’ 40th anniversary celebration. Most recently, and most notably, on December 10 2007, the band got back together for the Ahmet Ertegün Tribute Concert at The O2 Arena in London, which has been their last performance to date. What made this concert so special was the band’s choice of drummer—John Bonham’s son, Jason.