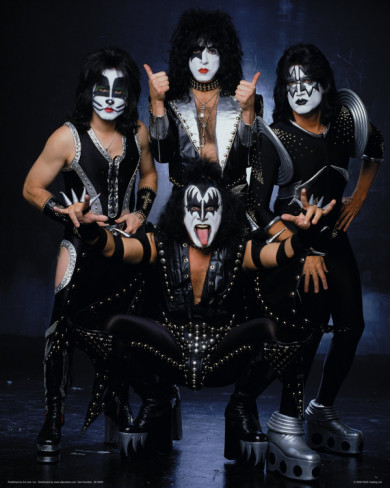 Singer/guitarist Stanley Harvey Elsen and Singer/bassist Chaim Witz, first joined forces in the band Wicked Lester in New York City. After recording an album that never saw the light of day, Elsen and Witz, or Paul Stanley and Gene Simmons as they are better known, decided to try something different. After the guys came across an ad he posted in Rolling Stone magazine, drummer/vocalist Peter Criss was recruited, and the trio started experimenting with the idea of wearing costumes and makeup. With the addition of lead guitarist/vocalist Paul “Ace” Frehley, it is said that Stanley dubbed the new band “KISS,” reportedly after Criss had mentioned his previous band “Lips.” KISS made their debut at the Popcorn Club in Queens and singed with what would later be known as Casablanca Records. The band kicked off their first tour off in Edmonton, Alberta on February 5th 1974, and released their self-titled debut album “KISS,” just 13 days later. The band made their first television appearance on Dick Clark’s “In Concert” on March 29th of the same year. 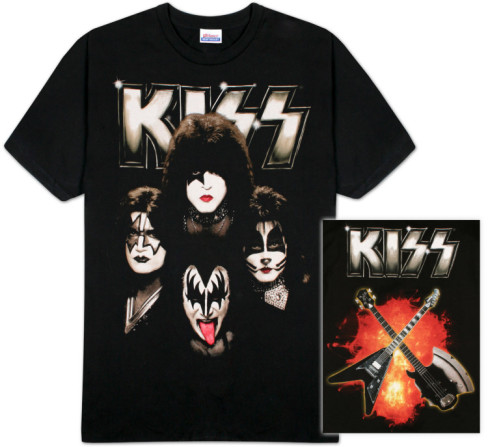 Despite the fact that their first 3 albums were eventually certified Gold; “KISS,” “Hotter Than Hell,” and “Dressed to Kill,” which contained the now famous song “Rock and Roll All Nite,” the band wasn’t selling a ton of records. Fortunately, they were starting to woo fans with their over the top stage shows that included pyrotechnics, and Simmons spitting both “blood” and fire, among other crowd pleasing spectacles. Their 1975 release “Alive!” which was a live album, let fans bring home a piece of that experience, and became their first success. The album included a live version of “Rock And Roll All Nite,” that became their first top 40 hit. The band released “Destroyer,” the following year, and with the help of the single “Beth,” the album sold more than 1 million copies, which in turn helped sell more concert tickets. 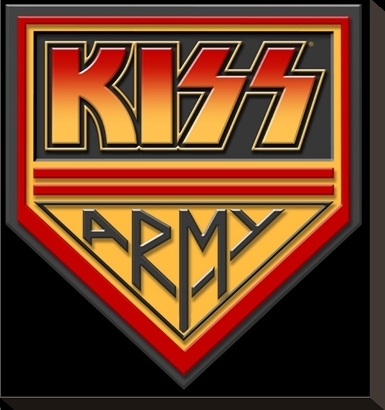 With their fan base rapidly increasing, KISS released “Rock and Roll Over,” in 1976, as well as “Love Gun,” and “Alive II,” in 1977. All three records sold at least 1 million copies each and helped move their ever-growing line up of KISS-themed merchandise, which included everything from comic books to pinball machines, off the shelves. To help fulfill the obligations of their record contracts, on September 18th, 1978 each KISS member released his own solo album, which included none of his band mates. The 4 records initially sold well, but sales declined quickly. On May 22nd 1979 the band released “Dynasty.” The album produced the hit single “I Was Made For Lovin’ You,” and helped the boys earn yet an other Platinum record, awarded for selling more than 1 million units. The “Dynasty Tour” that supported the release, failed to be as lucrative as the band’s previous outings however. Tensions between the band’s members were starting to mount, and following the release of 1980’s “Unmasked,” Peter Criss left the group. Eric Carr replaced Criss and the band soon released “Music from “The Elder,” which failed to reach the popularity of their other albums. A short time later Ace Frehley also departed the band. 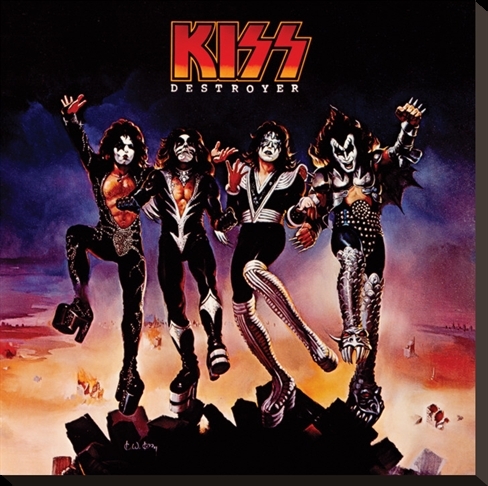 Forging ahead, “Creatures of the Night,” was released on October 13th, 1982. “Creatures…” was supported by a tour and sold better than its predecessor. Vinnie Vincent was brought aboard to replace Ace Frehley and the band made its biggest change to date; they stopped wearing their trademark makeup. Vincent was then replaced by Mark St. John, and the band played for the first time “out of character,” on MTV. The band released “Animalize,” in October of 1984 and supported it with a tour, but by December of that year, Bruce Kulick stepped in to replace St. John. Despite the high member turnover rate, the band was still quite successful. “Asylum,” in 1985, “Crazy Nights,” in 1987, and “Smashes, Thrashes & Hits,” in 1988 were all Platinum sellers, although by this point in time the band wasn’t as popular as they once were. Tragically, before being able to record “Revenge,” which would later be released in 1992, 41-year-old Eric Carr died from complications that arose after being treated for cancer. Carr’s spot was eventually filled by Eric Singer. 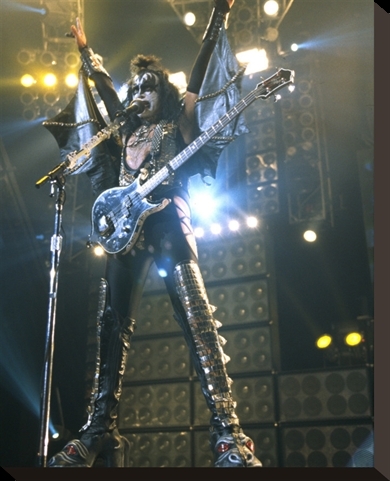 In the years that followed, the band once again started to gain momentum. On August 9th, 1995 KISS performed on MTV Unplugged accompanied by Peter Criss and Ace Frehley. The original lineup performed on Februrary 28th, 1996 at the 38th Grammy Awards and a reunion tour was announced soon after. The “Kiss Alive/Worldwide,” reunion tour started in Detroit on June 28th 1996 and ran a staggering 192 shows. The band then released “Psycho Circus,” in September 1998, which debuted at number 3 on the charts and spawned a tour with the same name. By 2001 it seemed that KISS had grown tired of the whole scene and had already embarked on their “Farewell Tour.” On January 31st of that year, Peter Criss once again left the band and was replaced by Eric Singer. “Farewell Tour,” appeared to be nothing more than a catchy name and by 2003 the band was back on the road with Aerosmith. Eric Singer permanently replaced Peter Criss in 2004. Since then KISS has continued performing around the world, appearing most recently on the season finale of “American Idol 8.” The band is currently winding down a world tour but shows no signs of stopping. If the past is any indication, KISS will be adding new recruits to the “KISS Army,” their fan club, for years to come.