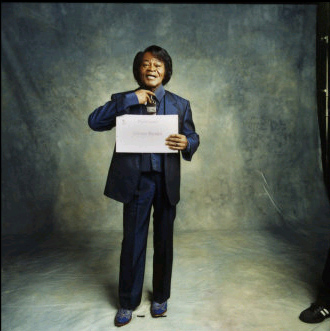 Like many children of the Great Depression, on May 3rd 1933, James Brown was born into severe poverty in South Carolina. After his mother ran off with another man, James and his father moved to Augusta, Georgia when he was just 6 years old. Times were tough, but with segregation laws still in effect, it wasn’t exactly easy to a young black child in the south. James did what he could to get by, including shining shoes, and by the time 7th grade had rolled around, James dropped out of school. In 1948 at the age of 16, Brown was convicted of armed robbery and sent to a juvenile detention center. While attending reform school he became friends with a young man by the name of Bobby Byrd, whose family helped get James out of jail. Soon after, Brown, along with getting a job, joined Byrd’s vocal group “The Avons.” They traveled locally, performing gospel music in auditoriums and churches, but after attending a concert where the boys saw musicians like Fats Domino, they decided to move away from gospel music. 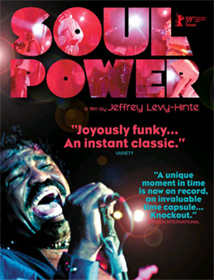 Changing their name to The Flames, the group, which included Brown, Byrd, Johnny Terry, Sylvester Keels, and Floyd Scott, started to experiment with R&B. All the members sang, played instruments and danced. Byrd played keyboard, and Brown played drums and piano. In 1956, the group was signed to Federal Records by Ralph Bass. They released their first single the same year entitled “Please, Please, Please.” It became very popular and eventually went on to sell over 1 million copies. In 1957, because superstar Little Richard quit the music business, some of his backup band members joined Brown’s group. By 1958 they scored their first national hit with the single “Try Me,” which ended up at the top of the R&B charts. Very appropriately the group changed their name to “The Famous Flames,” and as it was becoming clear that James was the focal point of the group, eventually changed to “James Brown and the Famous Flames.” In 1959 the band changed record labels, moving to Federal’s parent company, King, owned by Syd Nathan.

Brown is not happy with the way things are going under Nathan’s supervision, so in 1963 he pays for the taping of his live show at the legendary Apollo Theatre in New York City out of his own pocket. Against Nathan’s wishes, Brown releases the album “Live at the Apollo,” which subsequently becomes a huge hit for 14 months, eventually reaching the #2 spot on the charts. In 1964 Brown releases “Out of Sight,” but unfortunately this will be his last for a year. Trying to become popular outside his typical “black” market, Brown signs with Smash Records, which prompts a legal battle between him and Syd Nathan. Brown bounces back, and in 1965 releases “Papa’s Got a Brand New Bag” and “I Got You (I Feel Good)” which become his first top 10 hits on the pop charts. Later that year “…Brand New Bag” would earn a Grammy Award for Best R&B Recording. On June 4th, 1966 Brown releases the hit “It’s a Man’s Man’s Man’s World,” which places 8th on the charts. With the sky seeming to be the limit, he releases “Cold Sweat.” The song becomes #1 on the R&B charts and later is dubbed the first true “Funk Song.” By 1970 “The Famous Flames” had broken up, and Brown, along with Bobby Byrd form a new band. “The J.B.’s” would include guitarist Phelps Collins, his brother, bassist Bootsy Collins, and Fred Wesley. That same year the band released their first single, the hugely popular “Get Up (I Feel Like Being A) Sex Machine,” and in 1971 Brown signed with Polydor Records. The group released hit after hit, but towards the end of the decade, with the popularity of disco taking America by storm, things started to slow down for Brown. 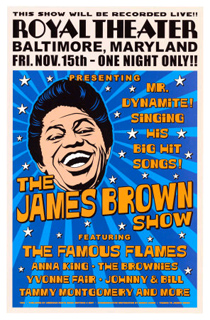 Trying to keep up with the changing times, Brown released the album “The Original Disco Man,” which included the song “It’s Too Funky In Here.” Unfortunately, the album didn’t take off. In 1981 Brown’s contract with Polydor was up, so he changed gears slightly. Brown made small appearances in TV shows and movies including Rocky IV. Brown’s single, “Living in America” was featured on the film’s soundtrack, and earns him yet another Grammy Award, this time for Best Male R&B Vocal Performance. Unfortunately for Brown, in 1988 things go downhill fast. After his wife Adrienne calls the police, Brown in arrested and charged with assault with the intent to murder among other things. He is released from jail, but soon after his wife is charged with drug possession and arson. James eventually went to jail after he reportedly threatened “a group of people with a shotgun and then engaged in an interstate car chase with police.” He was released in 1991 on parole, serving just 2 years of his sentence. 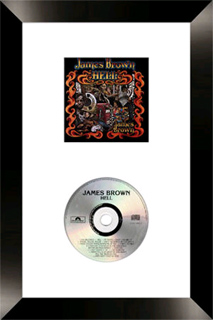 The next year Brown is awarded a Lifetime Achievement Award at the 34th Grammy Awards, and in 1993 is awarded another Lifetime Achievement Award, this time at the Rhythm and Blues Foundation Pioneer Awards. The rest of the 1990’s don’t go as smoothly for Brown though. In 1996 his wife passes away, and 2 years later Brown is arrested again, this time for possession of drugs and firearms. By the new millennium things seemed to, fortunately, be going a bit better. In 2002 Brown made appearances in films, first alongside Jackie Chan in his movie “The Tuxedo,” and then in “Undercover Brother” starring comedian Eddie Griffin. The next year on December 1st Brown received honors from the Kennedy Center, and in 2005 he performed at the epic Live 8 Concert in London, England. Tragically, only a little more than a year later, on Christmas Day at the age of 73, Brown died of congestive heart failure. Brown leaves behind an impressive and, at times, colorful story, but there can be no argument that “The Hardest Working Man in Show Business” earned the title “The Godfather of Soul.”