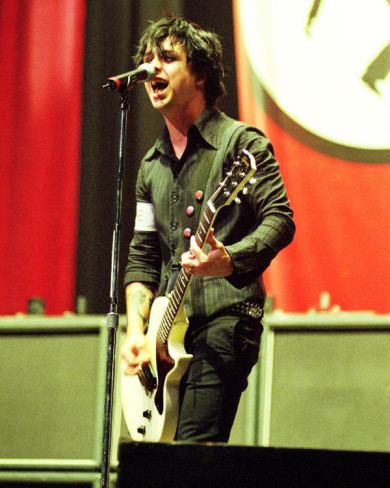 Billie Joe Armstong and Mike Dirnt played their first show on October 17th, 1987 at Rod’s Hickory Pit in Vallejo, California as “Sweet Children.” After recruiting John Kiffmeyer to play drums, they were signed to Lookout! Records after impressing owner Larry Livermore. Shortly after, they made the permanent switch from “Sweet Children” to “Green Day.” In 1990 after they released their first album “39/Smooth,” Kiffmeyer left the group to pursue his education. After it became apparent that Kiffmeyer wasn’t returning, drummer Tre Cool, first temporarily then permanently, filled his spot. At this point Green Day’s line up was locked in and they released their second album “Kerplunk” on January 17th 1992. Although the album eventually sold over 1 million copies, it initially sold 50,000, which for virtually unknown Green Day, was quite impressive. 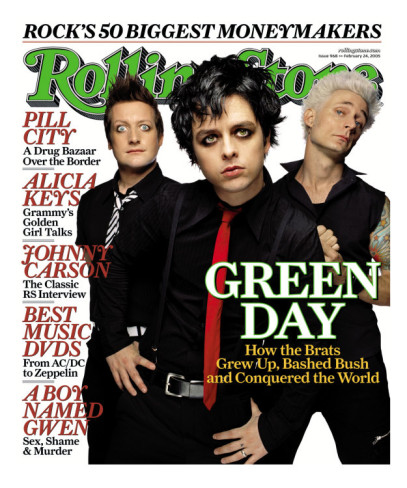 Taking notice of their success Rob Cavallo made an extremely insightful decision and signed them to Reprise Records. The boys were obviously out to prove the old adage “third times a charm” correct. On February 1st, 1994 they released “Dookie.” The album climbed ironically to the “#2” spot on the charts and the songs “Basket Case,” “Longview,” and the mega hit “When I Come Around,” all reached the #1 spots. Dookie completely blew their other albums out of the water in terms of sales eventually receiving Diamond certification from the RIAA, which translates to 10 million copies sold. Green Day had come along way from their “punk” beginnings, in terms of record sales anyway. That same year they played at Lollapalooza and Woodstock 1994 and are credited with inciting the infamous “Mud Fight,” which reportedly got bassist Mike Dirnt accidentally punched in the face by a security guard. The fact that their performance was broadcast on Pay Per View only helped them, giving adoring fans a chance to experience the bands antics, without having to floss mud from their teeth the next day. Proving that they were undoubtedly the kings of their genre, they won the Grammy Award for Best Alternative Album. 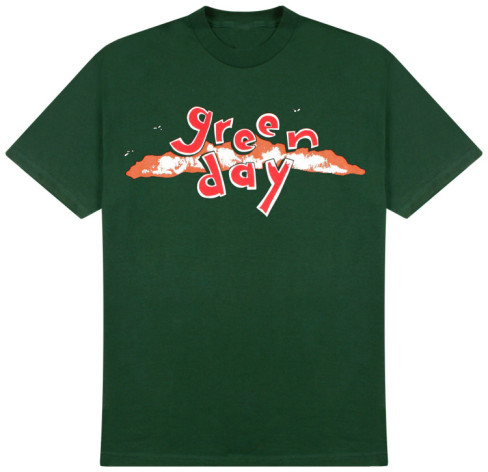 In 1995, still riding high from the success of their last album, they released the single “J.A.R.” The single soared to the top of the charts and primed their audience for their next album “Insomniac” which was released on October 10th 1995. Although it wasn’t nearly as successfully as Dookie, it too went to the #2 spot on the charts, and sold more than 2 million records in the US alone. This album included the singles “Stuck With Me,” “Brain Stew/Jaded,” and “Walking Contradiction.” After a hectic schedule they took a break from touring to start recording their next album. In October of 1997 the group released “Nimrod,” which had a distinctly different sound. With songs like “Hitchin’ a Ride,” “Nice Guys Finish Last,” and “Good Riddance (Time of Your Life)” the band had clearly made an effort to move away from their punk roots. The album sold over 2 million records as well, but didn’t fair as well in the charts reaching a still very respectable #10. 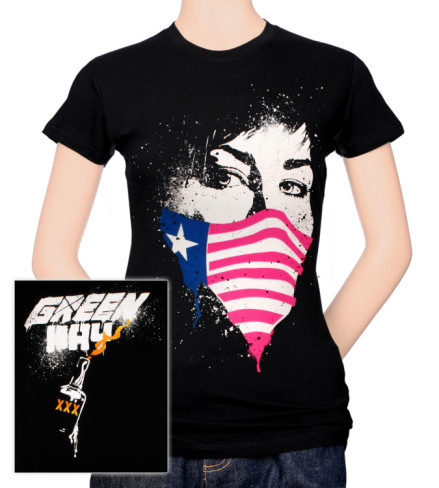 “Warning” was released on October 3rd 2000. Only receiving a Gold Certification, over 100,000 copies sold, it didn’t do nearly as well their previous albums. It did include the notable singles “Minority” and “Warning,” but fans were obviously confused by Green Day’s new sound. Apparently by 2004 they had warmed up to them again. After 20 completed tracks were stolen from the studio in which they were recording, Green Day decided to start from scratch. The result was the epic “American Idiot.” Released on September 21st 2004, “American Idiot” bombarded the radio waves. Debuting at #1, the album sold over 12 million copies worldwide, and took home the Grammy Award for Best Rock Album. 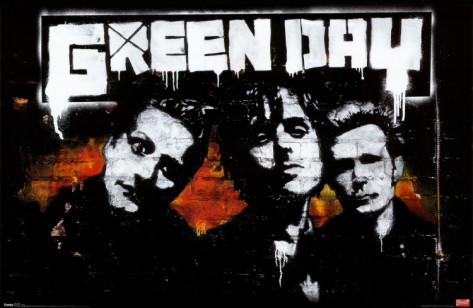 Although Green Day has not officially released an album since American Idiot in 2004, they released the album “Stop Drop and Roll!!!” under the band name Foxboro Hot Tubs. They also brilliantly covered John Lennon’s classic song “Working Class Hero” which was included on a compilation album entitled “Instant Karma,” which benefited victims of the humanitarian crisis in Darfur. In their relatively shot life span, Green Day has proven itself a band to go down in the history books of pop culture. Their music has been featured on the mega hit TV show Seinfeld, the Simpson’s Movie and in countless other places. They are currently working on their next album, which is greatly anticipated and scheduled to be released on May 15th, 2009. If their past success is any indicator it is sure to be a highly praised.