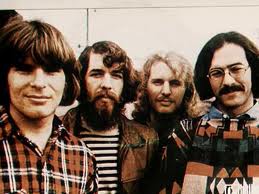 John Fogerty, Doug Clifford and Stu Cook first became acquainted while attending high school in El Cerrito, California. The trio formed The Blue Velvets and started performing, as well as accompanying singer Tom Fogerty, John’s older brother. The band was signed to Fantasy Records in 1964 and was rebranded The Golliwogs. Tom soon joined the band as the rhythm guitarist, which left John as the singer/lyricist/ lead guitarist, Stu Cook on bass guitar and Doug Clifford on drums. Unable to avoid the turbulence of the 1960’s however, John and Doug found themselves drafted into the armed services in 1966. Not wanting to go to war, John joined the Reserves and Doug the Coast Guard. The next year the band changed their name yet again to Creedence Clearwater Revival, a title that referenced a friend, a beer commercial and the band mate’s newfound commitment to each other musically. 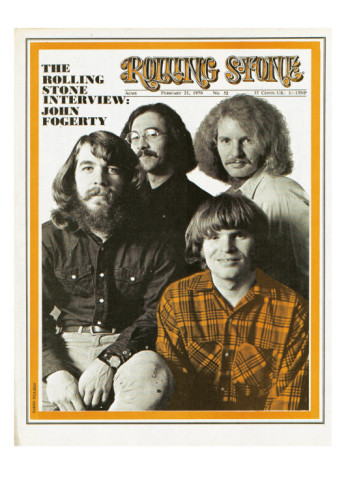 John and Doug departed the armed services in 1968 and the band started focusing on practicing and performing. They released their self-titled debut album “Creedence Clearwater Revival,” on July 5th, 1968. The band received radio airplay with a cover of the song “Suzie Q,” and the record would later sell more than a million copies in the United States alone. Although the band did not receive rave reviews at first, the following year would prove incredibly successful. On January 5th, 1969, the album “Bayou Country,” was released. The record placed a respectable #7 on the US charts and eventually sold more than 2 million copies in the US. The album produced the song “Born on the Bayou,” and the megahit “Proud Mary,” which would later be covered by R&B duo Ike & Tina Turner and win them a Grammy for Best R&B Vocal Performance by a Duo or Group. 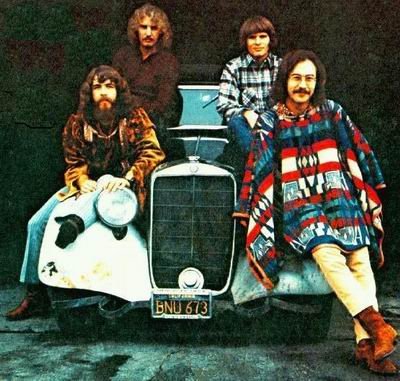 On August 3rd, 1969 the album “Green River,” was released. “Green River” became the band’s first #1 album and included the now famous song “Bad Moon Rising,” which placed #2 on the charts as a single. Thirteen days after the record’s release, the band played at the second day of the Woodstock festival in Bethel, New York. Less than two months later the band released their 3rd album of 1969, entitled “Willy and the Poor Boys.” The record was highly acclaimed and took the #3 spot on the charts with help from the songs “Down on the Corner,” “Midnight Special,” and “Fortunate Son,” a track that would later be featured in numerous motion pictures. The band notably promoted the album by performing on The Ed Sullivan Show. 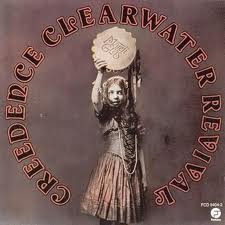 “Cosmo’s Factory,” would become the band’s 5th release, and their most successful record. “Cosmo’s Factory” landed the #1 spot on the charts and included some of their most famous songs such as “Lookin’ Out My Back Door,” “Run Through the Jungle,” “Up Around the Bend,” and “Who’ll Stop the Rain.” Understandably, the band’s feverish recording and touring schedule was starting to put strains on the relationship between the group’s members. Despite this fact, they headed into the studio and recorded “Pendulum,” which was released on December 7th 1970. The album produced the unforgettable “Have You Ever Seen the Rain,” but failed to achieve the success of their previous albums. Unfortunately the band’s infighting got worse and Tom Fogerty departed “CCR” in 1971. 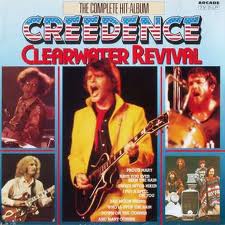 The band continued on, but issues were far from resolved. They released the single “Sweet Hitch-Hiker” and set off on a US/European tour. The group released the album “Mardi Gras,” on April 11th, 1972, but the record failed to meet fans’ and critics’ expectations. Doug and Stu were not getting along with John anymore, and after finishing their US tour on October 16th, 1972, the band broke up. John Fogerty went on to have a successful solo career and Doug Cook and Stu Clifford eventually formed Creedence Clearwater Revisited. Tom Fogerty also worked as a solo artist, but passed away in September of 1990. In 1993 the band was rightfully inducted into the Rock and Roll Hall of Fame. Currently John Fogerty is still active as a solo artist and Doug Cook and Stu Clifford tour with their band Creedence Clearwater Revisited.