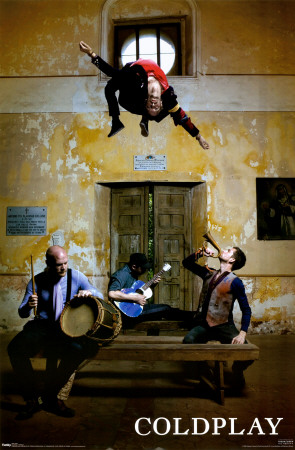 Singer and guitarist Chris Martin met fellow guitarist, Jonny Buckland, during their first year of college in 1996. A year later, with dreams of starting a band, the two paired up with another classmate, bassist Guy Berryman, and completed their group with the inclusion of Will Champion on drums. After trying on various names including Pectoralz and Starfish, Coldplay was finally adopted as the group’s official name. Between 1998 and 1999 the group recorded and released two EPs and played at the Glastonbury festival, which ultimately landed them a contract with Parlophone records. After releasing a third EP, which produced the single “Bigger Stronger,” Coldplay finally found themselves getting airplay thanks to BBC Radio 1. 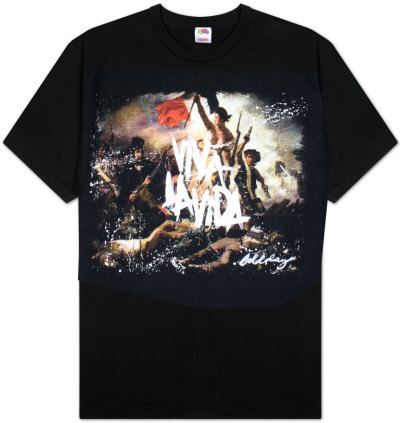 Coldplay’s rise to fame actually came before the release of a studio album. Instead, their single “Shiver” was released in March of 2000, which charted at #35 in the UK. Bolstered by this success, the band released their first album, Parachutes, four months later. The album was an instant success, debuting at #1 on the UK Albums Chart, spurred onward by the singles “Yellow” and “Trouble.” The album was later nominated for the Mercury Music Prize, and with substantial success under their belts, they moved on to North America, where Parachutes was released in November of 2000. 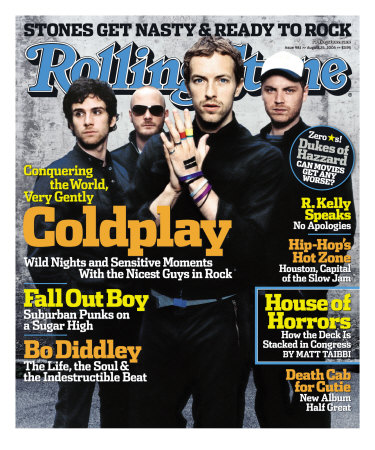 Fortunately for the band, their musical career has never died down. Coldplay’s follow-up album, A Rush of Blood to the Head, was released in 2002, proving just as successful as their debut album. The steady release of singles such as “In My Place,” “Clocks,” and “The Scientist” ensured regular airplay for the group. Coldplay received their first Grammy in 2003 when A Rush of Blood… won Best Alternative Music Album, and was again honored in 2004 when “Clocks” earned them the Grammy for Record of the Year. A year later, X & Y was released, whose two singles, “Fix You” and “Talk” ensured that X & Y became the third fastest selling album in UK chart history. While the band received mixed reviews for X & Y, the group remained unfazed, focusing their efforts on concerts such as Glastonbury and Coachella, as well as playing relief benefits for shows such as Live 8. Coldplay’s most recent release to date, Viva la Vida or Death and All His Friends, brought with it a new sound, and within three days of its release, the album had already made the UK’s “fastest selling records in history” list. Viva la Vida or Death and All His Friends’ first single “Violet Hill,” charted well, but it was with the release of the album’s title track, “Viva la Vida,” the the band became truly acclaimed. “Viva la Vida” became Coldplay’s first #1 song, and helped earn the band three more Grammys in 2009. 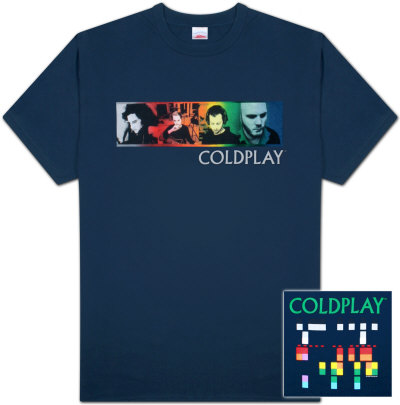 Despite their remarkably fast and steady success as a rock group, Coldplay have managed to stay focused and retain their values. Coldplay has been known to refuse offers from companies such as Gatorade, Diet Coke, and Gap (all of whom wanted to use various Coldplay songs in their ads) because they felt that marketing their music would “sell the songs’ meanings.” Additionally, the group regularly donates 10 percent of their earnings to various charities and organizations, and also splits their remaining profits evenly amongst themselves. Actively sponsoring groups such as Amnesty International, campaigns such as Oxfam’s Make Trade Fair, and Meat Free Monday (founded by Sir Paul McCartney), Coldplay even went so far as to auction off keepsakes such as their first guitars, whose proceeds were donated to Kids Company. They even gently discourage fans from sending them gifts, requesting instead that their devotees make donations to charities instead.

Coldplay recently toured in Latin America for much of spring 2010, and are currently working on their fifth studio album. The release date and title of their next album, however, has not yet been released. With four wildly successful albums, continuous fame for the last ten years, and multiple Grammy awards, Coldplay has managed to become one of the most rapidly successful rock bands of the new millennium, and is sure to continue pleasing fans for years to come.