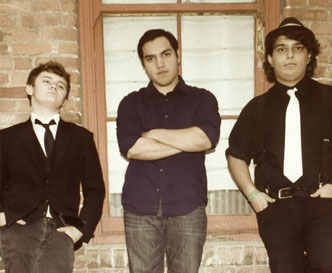 Ceramik is a three piece band from the city of Orange. Most members of the band attend Fullerton College and love to be a part of the music community of the city of Fullerton. The band has been playing for two years and has finally released their EP (Strangers). The band has a unique driving sound influenced by Them Crooked Vultures, Muse, Kiev, and others.

The band began in the late year of 2012 when Isaias Baquedano was a solo artist and producer that was looking for a band. Tim Jones was a mutual friend and was aware of Isaias’s work. He asked him if he ever needed a band that he can alway use his musicians at the time. Tim and Jeremy were in that previous band that lost their guitar player. Isaias took over and Ceramik was born.