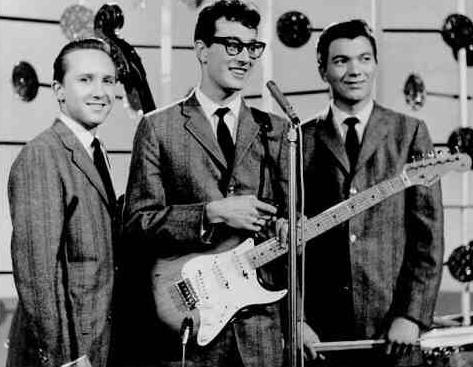 Charles Hardin Holley was born in Lubbock, Texas in 1936. Being born into a musical family, Charles, or “Buddy” as he was nicknamed, learned to play the piano, guitar and fiddle as a young boy. Buddy met Bob Montgomery when they were both in Junior High School. The two boys hit it off and with the addition of Larry Welborn, soon formed the Western and Bop Band. The band played regularly on a local radio station and opened for the various acts that rolled through town. 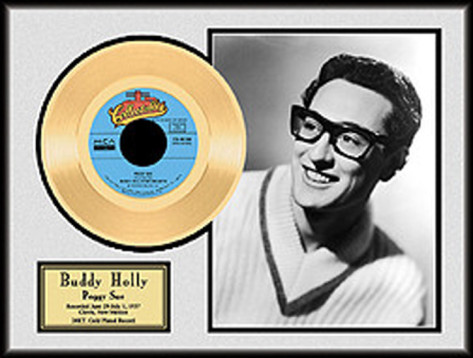 Buddy joined the Lubbock High School Choir where he continued to hone his craft. He was soon signed to Decca records in 1956 after arousing the interests of a talent scout that had seen Buddy perform. His last name was shortened from Holley to Holly after being misspelled on his contract. He became interested in Rock and Roll after opening for Elvis Presley at the Lubbock Youth Center. 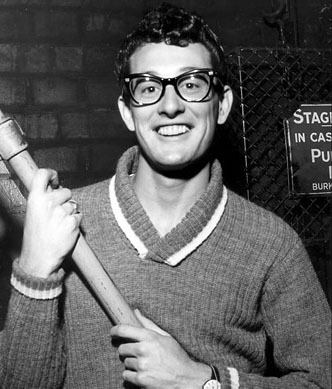 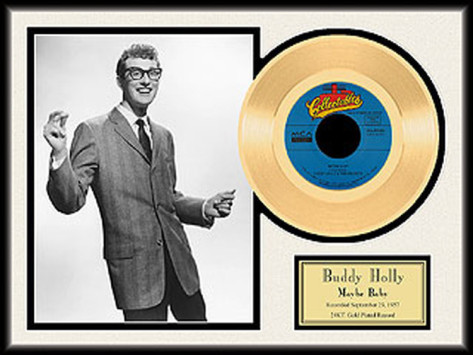 The album “Buddy Holly” was released on February 20th, 1958 and included the songs “I’m Gonna Love You Too,” “Peggy Sue,” and “Words of Love,” as well as others. The album “That’ll Be the Day,” was then released in April of 1958 and included the songs “Love Me,” “Don’t Come Back Knockin’, “ and the album’s title track “That’ll Be the Day.” Holly met Maria Elena Santiago in June of 1958. After one date, the couple got married and Maria started helping out with Buddy’s tours. Maria traveled, set up equipment, did laundry and made sure the guys got paid. Buddy had become interested in New York City however and since his band mates were more interested in returning home, Holly left the group and moved to Greenwich Village with his wife. 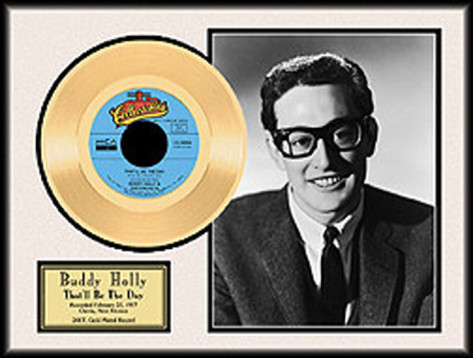 He enjoyed the music scene in New York City, but due to the fact that he wasn’t getting the royalty money he was entitled to, paying the bills was becoming increasingly difficult. To earn some extra cash Buddy signed on to the Winter Dance Party, which was a tour of the Midwest in 1959. His wife Maria had not accompanied him on this particular trip and Buddy chartered a private plane to travel between Iowa and Minnesota. Tragically he never made it. On February 3rd, 1959 only minutes after take off in Iowa, Buddy’s plane crashed, killing everyone on board. He was only 22 years old.