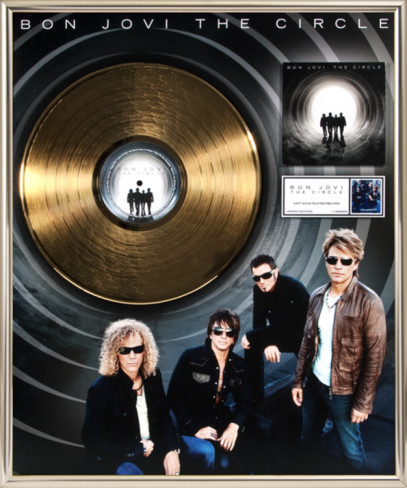 John Francis Bongiovi Jr. first musical venture was with a band called “Raze,” at the young age of 13. Three years later he met keyboardist David Bryan and the two started a cover band, which they named “Atlantic City Expressway.” John also started “John Bongiovi and the Wild Ones,” and started to play local New Jersey hot spots, where they gained experience performing, and got their first taste of rock stardom. Bongiovi would become known as Jon Bon Jovi, but despite the catchier name, after graduating from high school, entered the workforce at a women’s shoe store. He soon started working in Manhattan at Power Station Studios, where his cousin was the co owner. Continuing with his music, Jon contacted a radio station in Lake Success, New York called “The Apple” and managed to get recording that he had made, “Runaway,” on an album that the radio station was releasing that featured local talent. After the song started to get airplay and get picked up by other radio stations, Jon got back in touch with his friend David Bryan, in March of 1983, to start a band. Bryan recruited bassist Alec John Such, and drummer Tico Torres. After guitarist Richie Sambora was added to the lineup, record executive David Shulam signed the band to Mercury Records, and with help from his staff, reportedly came up with the name “Bon Jovi.” 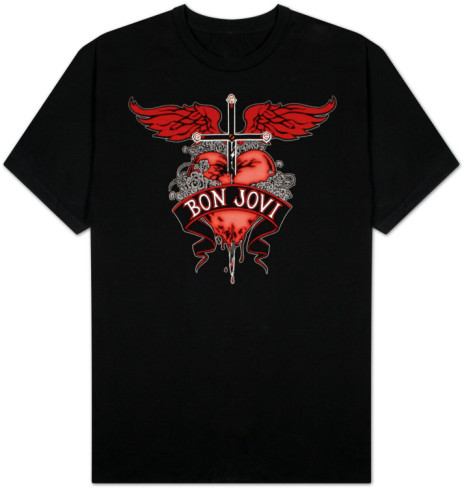 The next year, the newly named group released their first, self-titled, album. “Bon Jovi” was reasonably successful, earning Gold certification, and eventually Double Platinum. The record included what would be the bands first top 40 single, “Runaway”, which barely squeaked in, taking the #39 spot on the charts. In 1985 the band released their second attempt entitled “7800° Fahrenheit.” Although it too would go on to sell over one million copies, it wasn’t particularly well receive, this would not be the case with the band’s next album however. After relocating to Vancouver, British Columbia, the band recorded the album “Slippery When Wet.” The third time was definitely a charm. The album was released in August of 1986 and ended up at the top of the charts. The record produced the Bon Jovi classics, “Wanted Dead or Alive,” “You Give Love A Bad Name,” which became the band’s first #1 single, and “Livin’ on a Prayer,” which also became a #1 single. After selling more than 12 million copies in the US alone, Bon Jovi were officially superstars. 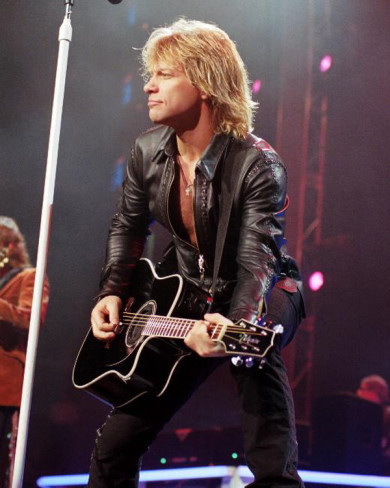 Creating a successful follow up wasn’t easy, but Bon Jovi did just that. Named after their home state, “New Jersey” kept the hits coming with songs like “Bad Medicine” and “I’ll Be There for You,” which both toped the charts. The album sold an impressive 7 million copies in the US and prompted a massive tour that took the band to 22 different countries around the world. Understandably the hectic pace took a toll on the guys, and in 1990 the band parted ways. It wasn’t until 1992 that fans would see new material from Bon Jovi. Fortunately “Keep The Faith” was worth the wait, selling over 2 million units in the US, and over 10 million worldwide. The album made the singles “Bed of Roses,” “Keep the Faith,” and “In These Arms” famous, each of which landed in the top 40. Little more than a decade into their career, the band released a greatest hits album. It was a tremendous success selling over 20 million copies around the world. The single “Always” spent an astonishing 32 weeks on the Billboard Top 100 charts. Shortly after, bassist Alec John Such left the band and was replaced by Hugh McDonald. 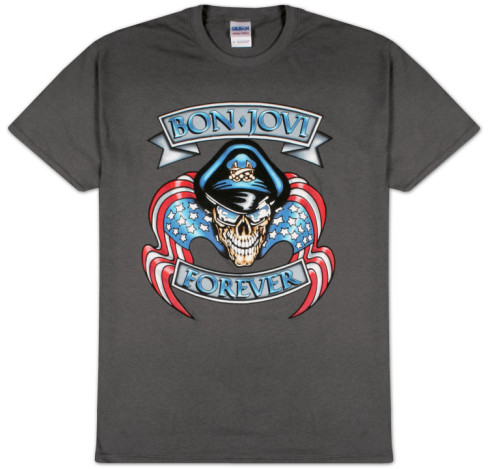 While already touring in support of “Cross Roads,” the band released yet another album, “These Days,” on June 27th 1995. The record didn’t achieve the success that the band had become accustomed to by now, but it would certainly be hard to say that selling over 8 million copies worldwide was, by any measure, a failure. The tour that followed the album took the band around the world once again, and had them performing in places like South Africa. At this point, the band’s members were understandably fatigued. They decided to take a break once again and pursue other interests. Jon Bon Jovi, for example, dabbled in acting. In 1999 they reformed to record a song for the motion picture “EdTV,” and by 2000 they were ready to release a new album. 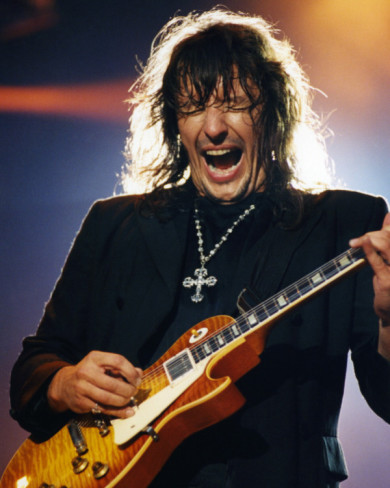 Their seventh studio album “Crush” was released on June 13th, 2000. The album included the songs “Say It Isn’t So,” “Thank You For Loving Me,” and what can probably be considered a “new classic” “It’s My Life.” The album earned the band a Grammy Nomination for Best Rock Album, although they did not win. Once again the group set off on a tour in support of their new album, and after the September 11th attacks on New York City, played The Concert for New York City, which raised money for victims’ families. The next year they released “Bounce” which debuted at #2, and included the single “Everyday.” In 2005 Bon Jovi was part of the epic Live 8 Concert in London, England, and the following September released yet another album, “Have a Nice Day.” In 2007 Richie Sambora entered rehab and was temporarily replaced by Bobby Bandiera. On June 8th 2007 the band released what would be their last studio album to date. “Lost Highway” sold a staggering 292,000 copies in it’s first week. The album debuted at #1, which would be the first album to do so in closer to 20 years. Currently the band does not have any tour dates planned, but hopefully fans will get the chance to see them once again, sooner than later of course.