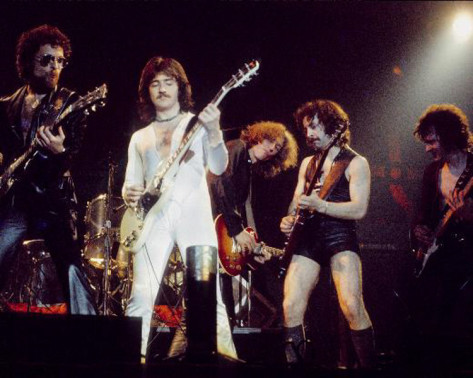 Sandy Pearlman, who had worked for the rock magazine “Crawdaddy!,” had many contacts in the local music scene of Long Island, New York and was interested in the idea of putting a band together. The first version of this band, which would be called “Soft White Underbelly,” started in 1967 and included members Allen Lanier, Donald Roeser (aka Buck Dharma), and Albert Bouchard. Eric Bloom joined the band in 1969 and they soon underwent a name change. Now know as “Oaxaca,” Joe Bouchard (Albert’s brother) joined in on the fun and the band changed their name again to “Stalk-Forrest Group,” a title under which they would release an LP. The band then became “Blue Oyster Cult,” and thanks to Sandy Pearlman signed with Columbia Records in 1971. 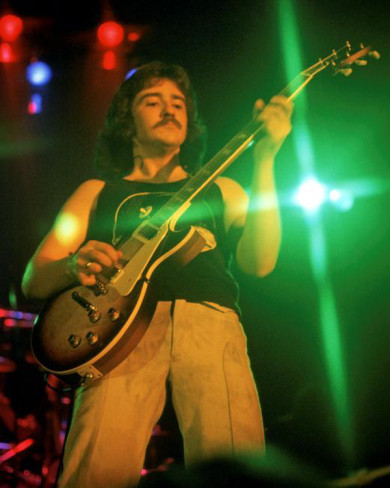 The band released its self-titled debut album “Blue Oyster Cult,” in 1972. It produced the songs “Then Came the Last Days of May” and “Stairway to the Stars,” among others, and sold well. The band promoted the album by touring, notably, with the band Alice Cooper. Not wasting any time, the band released their second album “Tyranny and Mutation,” in February of 1973. The album charted slightly better than their previous one, finding its way to the #122 spot. Only a little more than a year later, the band released yet another record, “Secret Treaties.” Reaching the #53 spot, the album remained on the charts for 3.5 months. Although not until 1992, “Secret Treaties,” was eventually certified Gold, selling over 100,000 copies. 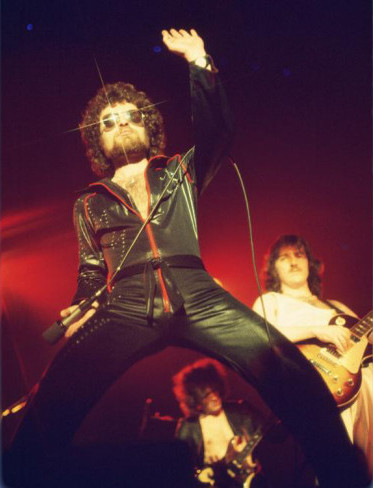 There was no doubt that “BOC” was becoming increasingly popular, but they had yet to break into the top 20 on the charts. The band released “Agents of Fortune,” in 1976, which produced one of their recognizable and popular songs, “(Don’t Fear) The Reaper.” The single reached the #12 spot and helped the album eventually sell more than 2 million copies; earning the band its first Platinum record. The song “(Don’t Fear) The Reaper” would later be featured in the blockbuster video game, Rock Band, ensuring the bands place in pop culture history for years to come. They followed up “Agents of Fortune,” with the album “Spectres,” in 1977. Despite the fact that the album itself wasn’t nearly as successful as “Agents…” it did produce the classic track “Godzilla,” which was a monster radio hit. “Godzilla,” would later be featured in the incredibly successful video game “Guitar Hero.” 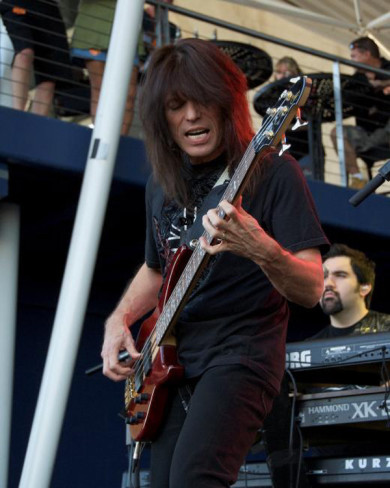 With the September 1978 release of the live album “Some Enchanted Evening,” the band gave fans the chance to relive their concert-going experience. In case the band needed confirmation that they were an incredible live act, they got it when the album sold more than 1 million copies and was certified Platinum. Unfortunately, their next album, “Mirrors,” which would be the first not to be produced by Sandy Pearlman, didn’t sell as well. “Cultosaurus Erectus,” was released in 1980, and although it did make it to the #14 spot on the UK charts, failed to impress in the US. The band maintained its popularity however, co headlining a tour with English megastars Black Sabbath. The next year BOC bounced back with the record “Fire of Unknown Origin.” The album, although it was only certified Gold, produced the catchy and memorable hit “Burnin’ For You.” The single reached #1 on the Billboard Mainstream Rock Charts, and the album itself made it all the way to #24. Unfortunately “Fire….” would be the last album to contain contributions from all the original members. 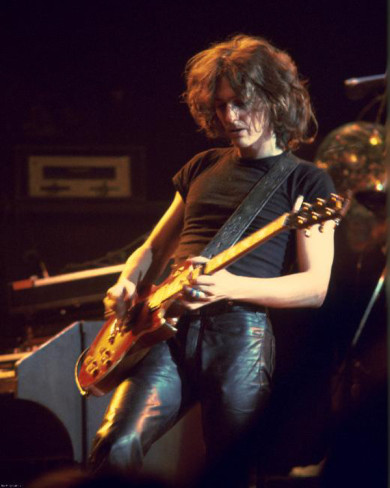 Drummer Albert Bouchard parted ways with the band and was replaced by Rick Downey. “The Revolution by Night,” was released in 1983 and then Rick Downey left as well. In 1985 Albert Bouchard returned to the rejoin the band, but while touring, was replaced by another drummer. Allen Lanier soon quit also, and drummer Jimmy Wilcox and keyboardist Tommy Zvoncheck were recruited to finish the album “Club Ninja.” After a German tour, Joe Bouchard was replaced by Joe Rogers and in 1986. With Eric Bloom and Buck Dharma being the only original members, the band took a break. The band, which now included Bloom, Dharma, Lanier, Jon Rogers and Ron Riddle, got back together in 1987. After Sony Music took over Columbia Record and the 1988 album “Imaginos” wasn’t successful, the band lost their record deal. Although the band has released albums since, they have failed to reclaim the success of their previous records. Despite this fact, they have remained popular and expanded their fan base, picking up a new generation of listeners with contributions to video games and movies. The band’s current lineup includes Eric Bloom, Buck Dharma, Richie Castellano, Jules Radino and Rudy Sarzo and they are currently touring around the world.