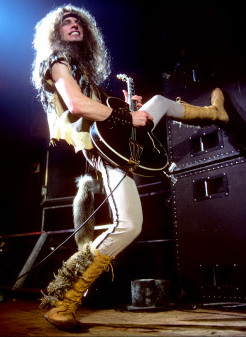 Ted Nugent was born on December 13, 1948 in Detroit, Michigan. Theodore “Ted” Nugent later moved with his family to Illinois, where his musical career was destined to take shape. Attending Saint Viator High School, Nugent’s final school years were spent playing in a club called The Cellar with his band, The Amboy Dukes. The group steadily gained popularity, and by the time The Cellar officially closed its doors, The Amboy Dukes were considered to be one of the chief acts to perform regularly at the club. 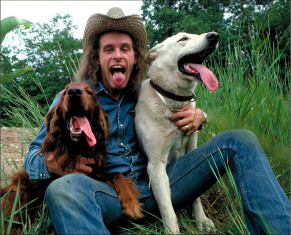 The Dukes, best known for their single “Journey to the Center of the Mind,” struggled to stay together through constantly changing lineups. Going through at least ten members in four years, The Amboy Dukes helped spur Nugent’s career as a guitarist, despite the band’s career being fairly short-lived. With their most popular single reaching #16 on the charts, the Amboy Dukes ultimately released 10 albums, their most recent following the band’s reunion (without Nugent) in 2000.

Despite the shaky footing of The Amboy Dukes, Nugent’s membership in the group proved beneficial for his career. Having built a strong fan base, Nugent branched out on his own in 1975, signing to Epic Records alongside guitarist/vocalist Derek St. Holmes, bassist Rob Grange, and drummer Clifford Davies. Ted Nugent’s band proved far more successful, earning three multi-platinum albums—their self-titled Ted Nugent, Free-For-All, and Cat Scratch Fever—as well as producing hits such as “Hey Baby,” “Stranglehold,” “Dog Eat Dog,” and “Cat Scratch Fever.” While interrupted by side projects, Ted Nugent’s solo career has proved strong, and he still tours regularly. 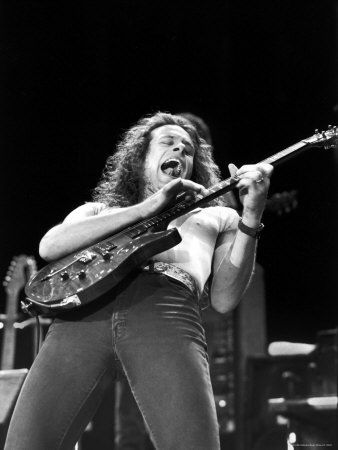 Nugent’s notable side project is Damn Yankees, a supergroup formed in the late 1980s, featuring Jack Blades from Night Ranger, Tommy Shaw from Styx, and Michael Cartellone (who later went on to play for Lynyrd Skynyrd). Their single, self-titled album, Damn Yankees, was released in 1990 and was an instant hit, selling over 5 million albums and featuring the hit song “High Enough.” By 1995 however, Nugent was back to his solo projects, and released Spirit of the Wild with members of his original Ted Nugent lineup.

In addition to more recent releases such as Craveman in 2002 and Love Grenade in 2007, Nugent has remained in the spotlight through his strong political activism and with multiple reality TV shows. A right-wing poster child, Nugent is resolutely pro-gun (serving on the NRA board of directors), pro-sobriety (serving as a spokesperson for both the DARE and MADD programs), and is against a laundry list of items, ranging from homosexuality, to PETA, to bureaucracy. Appearing on a range of TV shows including “That 70s Show,” “Aqua Teen Hunger Force,” and playing at Glenn Beck’s Tax Day Tea Party, Nugent also boasts multiple reality shows, ranging in subject matter from hunting informatives to VH1’s “Surviving Nugent,” in which city-slicker celebrities experienced life on Ted Nugent’s Michigan and Texas ranches. By remaining in the public eye by adapting to popular media, Ted Nugent has ensured a long career. Having played his 6,000th concert on July 4, 2008, and having played countless more since, Nugent is sure to remain popular for as long as he continues to perform.