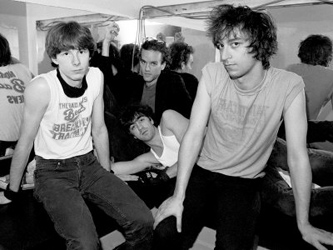 R.E.M began in Athens, Georgia in 1980 when singer Michael Stipe met Peter Buck at a record store where Buck was employed. The two soon met bassist Mike Mills and drummer Billy Berry, who had already been playing together, and the band was born. They made their debut at a friend’s birthday party on April 5th, 1980 and continued to play around their hometown, quickly gaining momentum and fans. They soon branched out, playing gigs around the southern US with an extremely small budget. The band recorded its first single, “Radio Free Europe,” in 1981 and it was released through the independent label Hib-Tone. The next year, the band was signed by I.R.S Records and went about recording their first album. 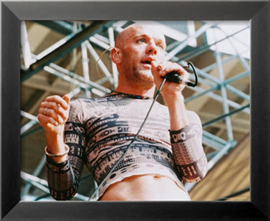 “Murmur” was released on April 11th, 1983 and included the songs “Talk About the Passion,” “Perfect Circle,” and a new recording of the song “Radio Free Europe.” The album placed #36 on the charts and eventually went on to earn Gold certification. The group appeared on Late Night with David Letterman, which helped expose them to a wider audience, and released their second album “Reckoning” on April 16th, 1984. The album climbed the charts slightly to #27 and was once again certified Gold. “Fables of Reconstruction,” was released in 1985, which was followed by “Lifes Rich Pageant,” in 1986. The album produced the singles “Fall on Me,” and “Superman.” Although “…Reconstruction,” had charted better than any of their previous albums, the band had yet to break into the coveted top 10.

On September 1st, 1987 R.E.M released what would be their breakthrough album, “Document.” The album ranked #10 on the charts and included the singles “Finest Worksong,” “The One I Love,” and “It’s the End of the World as We Know It (And I Feel Fine),” which was prominently featured in the blockbuster motion picture “Independence Day,” in 1996. “Document” would become their first album to sell more than a million copies in the United States. R.E.M signed with Warner Bros Records and released “Green,” on November 8th, 1988. The record included the hit song “Orange Crush,” and sold more than 2 million copies in the US alone. After what had now been years of hard work, the band took a short break. 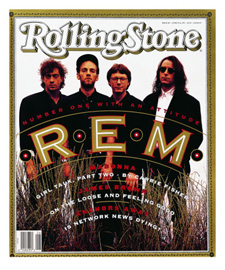 Returning with a vengeance, “Out of Time” was released on March 12th, 1991. The album itself claimed the #1 spot on the charts and produced what is arguably their most famous song “Losing My Religion.” The song became a staple of rock radio, and the music video played on MTV constantly. When all was said and done, “Out of Time,” sold more than 4 million copies in the US alone and earned the band 3 Grammy Awards for “Best Alternative Music Album,” “Best Short Form Music Video,” and “Best Pop Performance by a Duo or Group with Vocal” for the song “Losing My Religion.” Although the band did not tour in support of the album, they did, notably, appear on MTV’s “Unplugged.” On October 6th, 1992 R.E.M released “Automatic for the People.” The album went to #2 on the charts and included the hit singles “Drive,” “Man on the Moon,” and “Everybody Hurts.” Once again the album sold more than 4 million copies in the US alone, and the band did not support it with a tour. 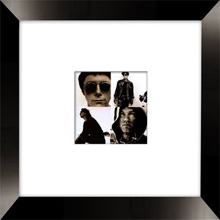 The appropriately titled “Monster” was released September 27th 1994. The album topped the charts and sold phenomenally well with the help of its singles “What’s the Frequency, Kenneth?” and “Bang and Blame.” The band headed out on the road in support of the tour. Unfortunately by the time the tour was over Berry, Stipe and Mills each needed medical attention at one point or another. They returned to the studio and released “New Adventures in Hi-Fi” on September 10th, 1996, which debuted at #2 on the charts. However, this would be the last album to include the original band. Before the band was due to start recording their next record in 1997, Billy Berry decided to leave the group. Although he left on good terms, the band decided to go back to the drawing board, not releasing “Up,” until 1998. The album did not sell as well as their previous releases, but the band continued on, writing the score for the 1999 motion picture “Man on the Moon,” starring Jim Carrey. The movie’s soundtrack produced the hit single “The Great Beyond.” The band released the album “Reveal” in 2001 and “Around the Sun” in 2004, which they supported with a tour. In October 2006 R.E.M were inducted into the Rock and Roll Hall of Fame. On April 1st 2008, the band released their most current album “Accelerate.” The album impressively debuted at #2. As of 2009 the R.E.M is still active, but not currently touring.