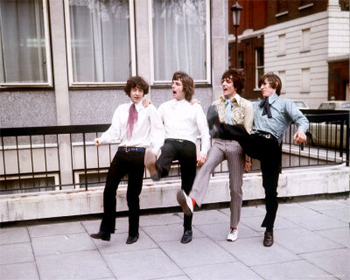 In 1962, Roger Waters enrolled in architecture courses at the Regent Street Polytechnic School in London. It is ironic that arguably his most famous work, “The Wall,” has absolutely nothing to do with construction. After meeting drummer Nick Mason in 1963, who was taking the same courses, the two joined the band “Sigma 6.” At the time Richard Wright was already a member of the band, and later they recruited guitarist Syd Barrett. After a couple other members of the band dropped off, Barrett suggested the group change its name. He suggested “Pink Floyd Sound,” which was a combination of the blues musicians Pink Anderson and Floyd Council’s first names. They eventually dropped the “Sound”, and when asked about the name Waters commented, “It just sounds like a nice name. It’s really just a registration mark. It’s better than calling ourselves CCE338, or something like that.” 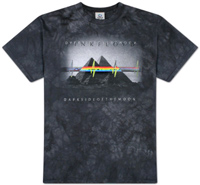 After playing gigs at the Marquee Club, the Roundhouse, and UFO Club in London, the group started to become quite popular. They released the singles “Arnold Layne” in March of 1967 and “See Emily Play” in June. The two singles became the band’s first hits and got them national attention. In August of the same year, they released their debut album entitled “The Piper at the Gates of Dawn.” It would end up at the #6 spot on the UK charts, getting the band off to a great start. Unfortunately, the use of psychedelic drugs was starting to take its toll on Syd Barrett, so guitarist/singer David Gilmour was brought in and eventually became Barrett’s replacement. In October of 1969 the band released the album “Ummagumma.” The album included the songs “Sysyphus,” “Grantchester Meadows,” and “The Narrow Way.” It eventually sold more than 1 million copies in the United States and was also released as a live album.

Although the group did release albums in the interim, including several film soundtracks, it wasn’t until 1973 that they really made their mark. On March 17th, Pink Floyd released their mega hit “The Dark Side of the Moon.” It became their first #1 album in the United States and absolutely dominated remaining on the Billboard Top 200 album charts for a staggering 741 weeks, longer than any other record in history. It was certified “diamond” and sold over 15 million copies in the US alone. The album included the songs “Time,” “Us and Them,” and “Money.” The record is also rumored to sync up with the 1939 Hollywood classic “The Wizard of OZ” when played alongside the movie. The band has denied that this was intentional, but it is of course an interesting coincidence. “Dark Side….” was followed up with the album “Wish You Were Here,” in 1975 and it too went to #1. The record sold 6 million copies in the US and included the hits “Shine On You Crazy Diamond,” “Wish You Were Here,” “Have a Cigar,” and the haunting “Welcome to the Machine.” 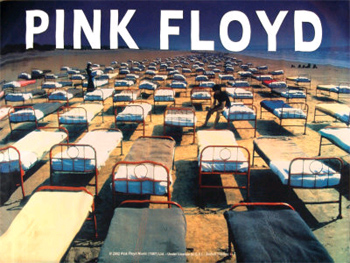 “Animals” was released in 1977 and although it reached a very respectable #3 spot on the charts was greatly overshadowed by the 1979 release of the epic album “The Wall.” Reclaiming the #1 spot on the charts, it actually surpassed “Dark Side…” in terms of record sales, selling 23 million copies in the United States alone. “The Wall” included the hits “Another Brick in the Wall,” ”Mother,” “Hey You,” and “Comfortably Numb” to name a few. The stage show that accompanied the tour for the album was beyond elaborate and ended with a wall being built on stage that eventually blocked the audience’s view of the band. Despite their success there was trouble in paradise, and after continued conflict with Roger Waters, Richard Wright left the band. In 1983 the band released “The Final Cut,” and in 1985 Waters would also quit. 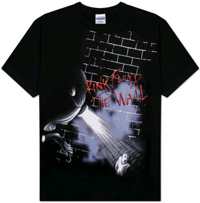 In 1986 Waters sued Pink Floyd’s remaining members, David Gilmour and Nick Mason to try and stop them from using the Pink Floyd name. Fortunately for Gilmour and Mason, Water’s lawsuit proved unsuccessful. They released “Momentary Lapse of Reason,” and went on tour, which subsequently grossed 30 million dollars. In 1994 with Richard Wright now back in the band, Pink Floyd released “The Division Bell,” which topped the charts and sold more than 3 million albums in the US. In 1996 the band was inducted into the Rock and Roll Hall of Fame, but Waters did not attend. It wasn’t until 2005 that the group officially reunited to perform at the Live 8 concert in London. The next year founding member Syd Barrett died, as did Rick Wright in 2008. When all is said and done, Pink Floyd will undoubtedly go down as one of the biggest acts of all time. Selling more than 210 million albums worldwide, their success and impact on music as a whole is nothing less than phenomenal.