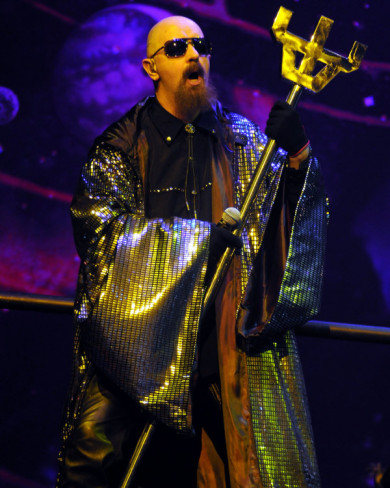 KK Downing and Ian Hill had gone to school together in West Bromwich, a suburb of Birmingham, England. The boys became friends as adolescents, and after learning to play instruments, they started playing with drummer John Ellis. At the time, singer Al Atkins was a member of a local group “Judas Priest.” After the band broke up, Atkins joined Downing, Hill, and Ellis. The guys decided to keep the name “Judas Priest,” and started performing around the Birmingham area in 1974, although they used different drummers throughout this time period. Atkins exited the band and was replaced by Rob Halford who recruited drummer John Hinch. The band toured through Europe and, after adding guitarist Glenn Tipton, released their first single “Rocka Rolla.” On September 6th, 1794 they released their debut album also titled “Rocka Rolla.” 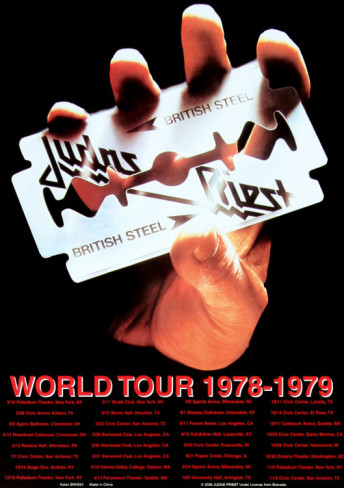 In 1975 Judas Priest played at the now legendary Reading Festival, joined by the likes of U.F.O and Lou Reed, which helped expose the band to a larger audience and earned them new fans in the process. The band released “Sad Wings of Destiny,” on March 23rd, 1976. Accompanied by studio drummer Simon Phillips, “Sin After Sin,” was released on April 23rd, 1977. The album included the songs “Sinner,” and “Diamonds and Rust,” which helped it land the number 23 spot on the charts in the UK. “Sin After Sin,” went on to sell more than 100,000 copies in the US. Drummer James Leslie Binks, better known as Les Binks, soon joined the band and contributed to the albums “Stained Class,” and what would be known as their breakout album, “Hell Bent for Leather,” (Killing Machine in the UK) in 1978. Both records would go on to be certified Gold in the US. 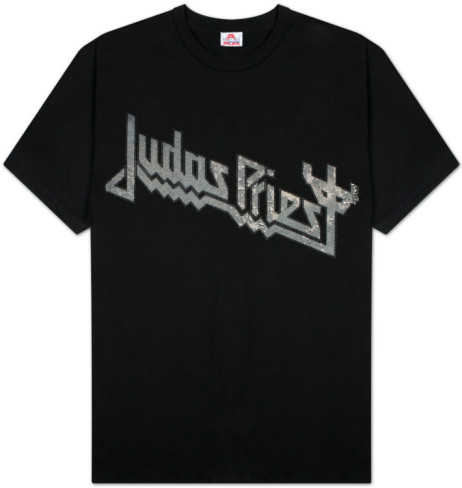 Drummer Dave Holland took over the band’s drumming duties, and Judas Priest released “British Steel,” in 1980. The record produced what are arguably two of the band’s most recognizable songs, “Breaking the Law,” and the classic “Living After Midnight.” “British Steel,” peaked at number 4 on the UK charts and sold more than 1 million copies in the United States alone. In 1981 the band released the album “Point of Entry.” Although it failed to achieve the success of “British Steel,” it sold relatively well and produced the songs, “Heading Out to the Highway,” “Don’t Go,” and “Hot Rockin’,” as well as a tour. “…Entry,” was followed up by what would become the band’s best selling album, “Screaming for Vengeance.” The record was certified Double Platinum in the US thanks in part to its mega-hit “You’ve Got Another Thing Comin’.” 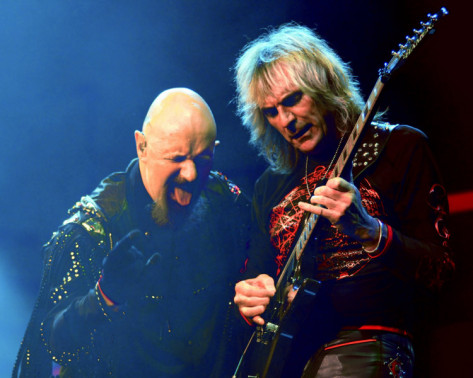 The band continued to release albums throughout the early 1980’s, but by 1986 trends were starting to change. They made changes to their image and incorporated synthesizers on the album “Turbo.” Despite the fact that some fans disagreed with the stylistic tweaks that had been made, “Turbo,” sold over a million copies and was certified Platinum. “Ram It Down,” was released on May 17th, 1988 and soon after, drummer Dave Holland left the band. They continued with drummer Scott Travis, releasing “Painkiller,” in 1990 and touring around the world with bands such as Pantera, Megadeth and Sepultra. Like all true rock bands it seems, Judas Priest was unable to escape controversy. In July of 1990 the parents of two young men sued the band, claiming that “subliminal messages,” in the song “Better By You, Better Than Me,” had influenced them to commit suicide. This was of course not the case, and the lawsuit was ultimately dismissed. Later Rob Halford reportedly stated that telling fans to kill themselves would ultimately be bad for business, and if they were to have actually included subliminal messages they would have been more like “Buy more of our records.” 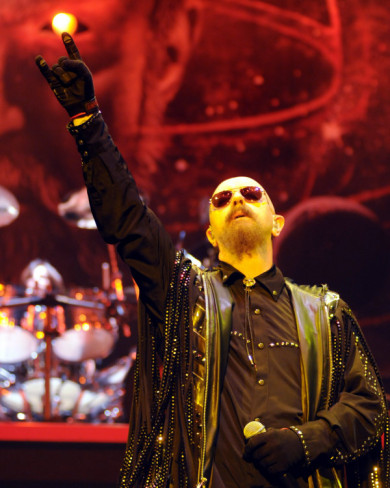 The band continued on entertaining crowds around the world. Unfortunately Halford was injured while making an entrance on stage riding a motorcycle. Due to poor visibility, Halford struck a piece of the stage and was hurt. The show continued after a slight delay, but Halford ultimately needed surgery. The next year Scott Travis exited the band as did Halford in 1993. Tim “Ripper” Owens, who had been the singer of a Judas Priest cover band, became the band’s new singer in 1996. With Owens, Priest released the albums “Jugulator,” and “Demolition,” as well as the live double album “ ’98 Live Meltdown,” which was released in 1998. That same year Rob Halford “came out of the closet,” in a MTV interview. This wasn’t a real shock to most who had followed the band, and fans didn’t seem the least bit concerned with the fact when Halford rejoined the group in 2003. Since then, the band has maintained its ability to draw massive crowds around the world, and release new material. Their latest release was “Nostradamus,” in June of 2008. Jim Bartek of Maple Heights, Ohio, has claimed to have listened to the album every single day for a year while at work. The band made sure he had free tickets to their next show and thanked him for his support. Judas Priest is still touring and entertaining fans just like Jim all around the world.