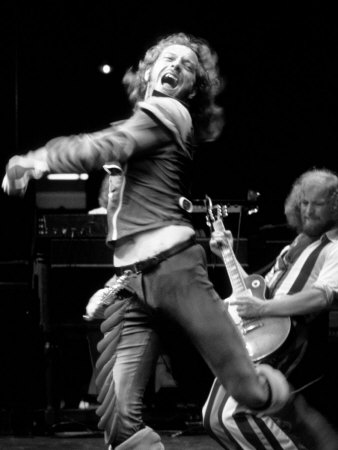 Ian Anderson began his musical journey by starting his first band in 1962. 5 years later he had relocated to London in search of places to play. To guarantee that they would be able to perform in a venue more than once, the band went through many name changes. After playing as “Jethro Tull,” the group were invited back, so the name stuck. Jethro Tull were singed to what would eventually become known as Chrysalis Records and released their debut single “Sunshine Day,” in 1968. Later that year the band released their first album entitled “This Was.” The album claimed the #10 spot on the UK charts and included the songs “Beggar’s Farm,” and “My Sunday Feeling,” among others. Guitarist Martin Barre joined the band in December of 1968 and has remained the only constant member, other than singer Ian Anderson, throughout the years. 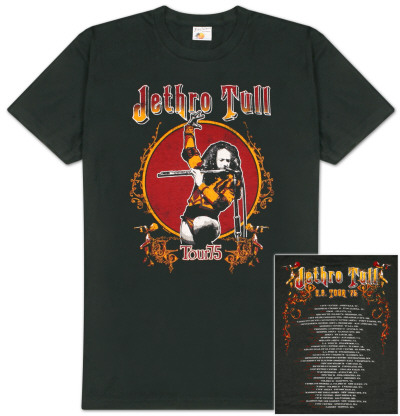 Jethro Tull released their second album “Stand Up,” in 1969. “Stand Up” included an arrangement of composer J.S. Bach’s “Bouree,” and topped the charts in England. “Stand Up,” would eventually be certified Gold in the United States, where it would place #20 on the charts. In 1971 the band had tremendous success with the release of their album “Auqalung.” The record produced the tracks “Cross-Eyed Mary,” “Locomotive Breath,” and the popular title track “Aqualung.” When all was said and done “Augalung” earned a respectable #7 spot on the US Charts and would sell more than 3 million copies in the United States alone. The band continued their “progressive rock” phase, releasing the album “Thick as a Brick,” in 1972, which would become the band’s first #1 album in the US.

In 1974 Jethro Tull released “War Child.” The album was meant to be released alongside a motion picture of the same name, but unfortunately this never happened. The album did however rank #2 on the US charts and once again earned the band a Gold record. Jethro Tull rounded out the 1970’s releasing “Minstrel in the Gallery,” in 1975, “Too Old to Rock ‘n’ Roll: Too Young to Die!” in 1976, “Songs from the Wood,” in 1977, “Heavy Horses” in 1978, and “Stormwatch” in 1979. By the end of 1979 Jethro Tull consisted only of Ian Anderson and Martin Barre. 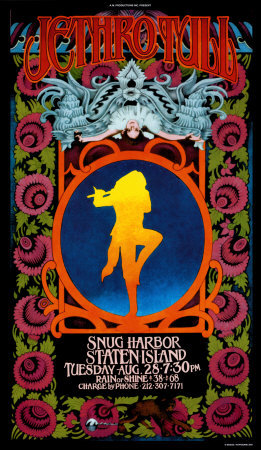 The band kicked off the 1980’s by releasing the album “A.” “A” was originally meant to be a solo album for Anderson, but after some arm twisting from the record label, was released by Jethro Tull. The record received favorable reviews, but failed to sell impressively. “The Broadsword and the Beast,” was released on April 10th, 1982 and included the songs “Beastie,” “Clasp,” and “Fallen On Hard Times,” among others. “Under Wraps,” debuted in 1984 and was followed by “Crest of a Knave,” in 1987. “Crest of a Knave” sold well and interestingly won a Grammy Award for Best Hard Rock/Metal Performance beating out Metallica’s “… And Justice for All.” 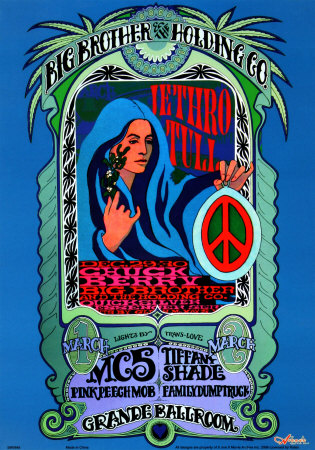 With Ian Anderson and Martin Barre still at the reigns, Jethro Tull released “Rock Island” in 1989, “Catfish Rising,” in 1991, “Roots to Branches,” in 1995, “J-Tull Dot Com,” in 1999 and “The Jethro Tull Christmas Album,” in 2003. In 2008 Jethro Tull celebrated their 40th anniversary, a milestone few bands ever achieve. Despite a constantly changing lineup, the band has continued to entertain and produce new music at a feverish pace. As of 2010 Jethro Tull is still active and have dates scheduled around the world including cities such as London, Stockholm, Toronto, Boston and Jerusalem proving there worldwide appeal is still alive and well.