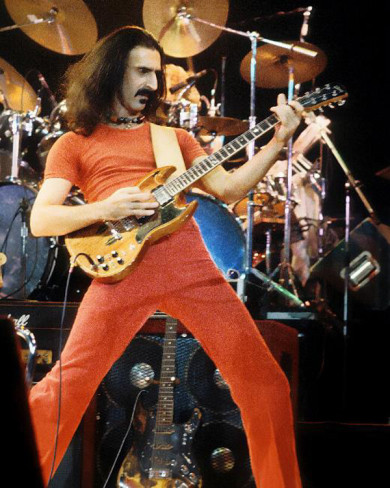 To categorize Frank Zappa’s musical genre would prove to be a futile effort. With a musical career spanning roughly thirty years, and having produced a full sixty-two albums, the only way to truly describe Zappa would be to dub him an artistic wonder. Toying with genres including rock, jazz, fusion, classical, avant-garde, experimental and progressive rock, Zappa also possessed an array of musical talents, including the ability to play bass, keyboards, drums, and most notably, guitar and vocals. In his younger years, Zappa found an appreciation for a range of sounds, including classical music, doo wop rock and roll, and even R&B. It was this combination of assorted musical skills and eclectic musical tastes which gave rise to the unique sounds for which Zappa is famous. 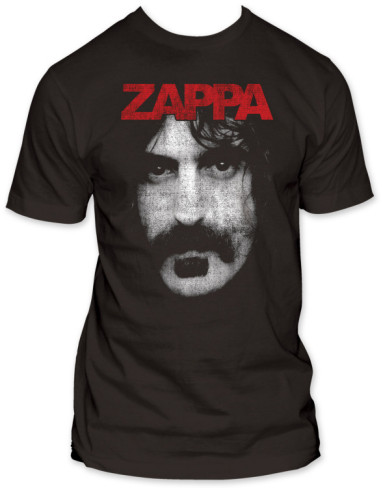 Zappa was born in 1940 and grew up participating in a number of bands, from playing and performing with friends to composing music for his high school orchestra. Attempting to earn a living as a musician and composer, Zappa spent much of the late 50’s and early 60’s writing and producing music for local artists in southern California. His big break came in the late 60’s however, when his group, The Mothers formed as an R&B band and were signed by MGM’s division, the Verve. After being forced to modify their name to The Mothers of Invention, their first album, Freak Out! was released in 1966 which, while not a commercial success, helped Zappa develop a strong cult following. By 1967, The Mothers of Invention had been signed by the Garrick Theater in New York, with stage shows featuring showcases of members’ individual talents, musical performances, and audience participation. 1968 saw the release of the album We’re Only in it For the Money, which was one of the group’s most acclaimed albums, satirizing hippies, flower power, and The Beatle’s Sgt. Pepper. After experimenting with sounds as varying as doo wop and instrumental jazz, Zappa finally broke up The Mothers of Invention and prepared for a new decade and a new chapter of his musical career. 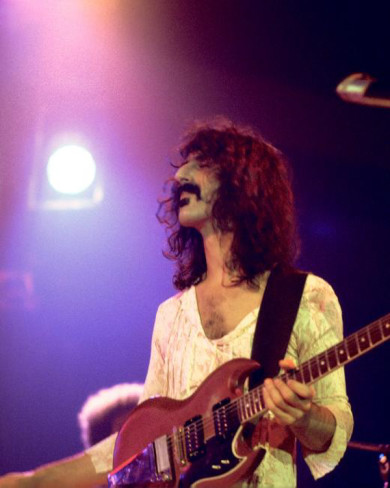 The 1970’s brought forth Zappa’s work as a solo artist, along with a newly-minted form of The Mothers. Working on a collection of projects, Frank Zappa brought not only musical albums to the table, but also film endeavours including 200 Motels. While performing in England, Zappa was attacked onstage by an audience member, causing him to fall off the stage and suffer serious injuries, which left him wheelchair bound during his recovery. Undeterred, Zappa returned to his studio and proceeded to continue recording and self-producing albums. His 1974 solo album, Apostrophe(‘) became Zappa’s biggest commercial success, reaching #10 on the Billboard albums chart, helped along by his single “Don’t Eat the Yellow Snow.” It was during the mid to late 70’s that Zappa fought a number of legal battles with MGM and Warner Bro’s. over the recording rights to his music, which resulted in extensive tours in order to provide himself with an income denied by his recordings. With the lawsuits resolved by the late 70’s, Zappa dove deeper into his solo career, releasing two successful albums in 1979: Sheik Yerbouti (which produced the Grammy-nominated “Dancin’ Fool”) and Joe’s Garage, both of which were produced by Zappa Records. 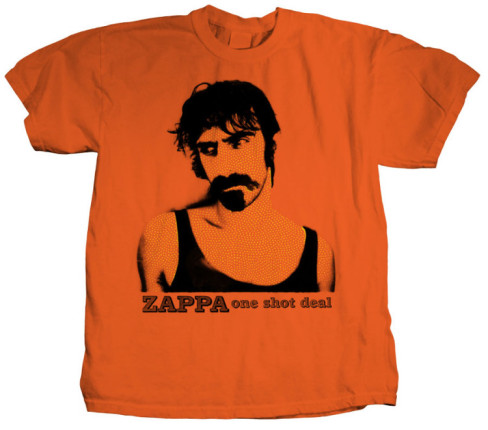 Zappa’s 1982 release of Ship Arriving too Late to Save a Drowning Witch produced his best-selling single, Valley Girl. Recorded with the help of his daughter, Moon Unit, Valley Girl featured her satirical impersonation of the way girls from the San Fernando Valley spoke, and was nominated for a Grammy. Three years later saw Zappa in the headlines as he testified before the US Senate in defence of free speech, after the Parents Music Resource Center (PMRC) raised issue with albums featuring sexual and satanic song lyrics. After defending the First Amendment rights of Americans, Zappa took recordings from these hearings into his studio and produced his 1995 album Frank Zappa Meets the Mothers of Prevention. The following year he released Jazz from Hell, finally earning a Grammy for Best Rock Instrumental Performance. Ironically (considering his fight with PMRC), Jazz from Hell, an instrumental album, was sold in Fred Meyer stores with a parental advisory sticker on the cover. 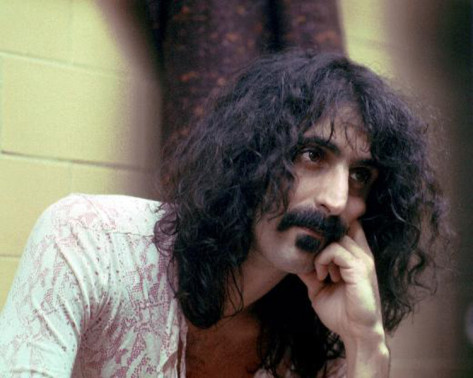 Zappa’s hellion antics, wildly diverse music, and political activism came to a standstill in 1990 after he was diagnosed with an advanced, inoperable form of prostate cancer. Following this diagnosis, Zappa returned to his studio to work on a number of modern orchestral and Synclavier music productions. Zappa passed away on December 4, 1993 and was interred in an unmarked grave at a cemetery in Westwood, Los Angeles. In 1995, he was inducted into the Rock and Roll Hall of fame, and in 1997 was given a Grammy Lifetime Achievement Award. His wife, Gail Zappa, now manages his affairs via the Zappa Family Trust, and by releasing a massive number of posthumous albums, compilations, and live recordings, has ensured that Zappa’s lifelong collection of material was not withheld from his adoring fans.