When “Deaf Leopard” started out on the road to stardom in 1977 in Sheffield, England, its lineup consisted of singer Joe Elliott, bassist Rick Savage, guitarist Pete Willis and drummer Tony Kenning. The band soon changed their name to “Def Leppard,” and was joined by guitarist Steve Clark in 1978. They performed locally, and after replacing Tony Kenning with drummer Frank Noon, recorded “The Def Leppard EP.” Rick Allen soon became their full time drummer and after their EP received radio airplay, the group was signed to Phonogram Records (Mercury in the United States). The band built up their fan base and were soon opening for the legendary Aussie rock band AC/DC. They released their debut album “On Through the Night,” on March 14th, 1980. The album peaked at #51 on the US charts, but would ultimately sell more than 1 million copies, thanks in part to US touring. Def Leppard may have won the hearts of millions in the United States, but back home fans weren’t as easily impressed. 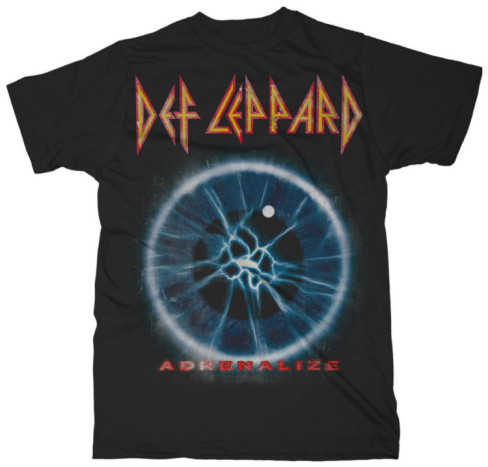 In August of 1980 the band received a less than warm welcome while playing the Reading Festival in England. Fans pelted the group with beer bottles and cans, upset that they had “sold out.” The next year the band released their second album, “High ‘N’ Dry.” The album included the single “Bringin’ on the Heartbreak.” The song peaked at #61 on the charts, but thanks in no small part to MTV constantly playing the music video, it remains one of their most recognizable hits. In 1982 Phil Collen replaced original member Pete Willis and by the next year the band was poised to hit another one out of the park with the album “Pyromania.” The record produced the single “Photograph,” which helped “Pyromania” sell more than 10 million copies in the United States alone. Having more than proved themselves, the band headlined their first US tour. Despite the band’s skyrocketing success, 1984 would not end well for drummer Rick Allen.

On New Year’s Eve 1984, Rick Allen was involved in a car accident. After being ejected from the vehicle while it rolled, Allen’s left arm was cut off. Not only did Allen survive the potentially life threatening injury, but with the help of an electric drum kit, Allen made what has to be one of music’s biggest comebacks, able to shake off his disability and continue playing with the band. Never missing a beat, the band got right back on it, playing the “Monsters of Rock” tour alongside bands like The Scorpions and Ozzy Osbourne, and finally got the respect they deserved from English fans. The next year Def Leppard continued what had now become a tradition of producing tremendously popular albums, with equally impressive sales figures. 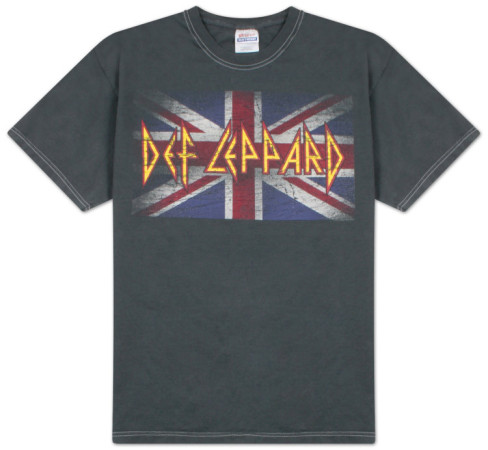 The 1987 record, “Hysteria,” was an absolute blockbuster. The album claimed the #1 spot on the charts with the help of 7 singles which included the songs “Women,” “Animal,” the title track “Hysteria,” and what could arguably be called the anthem of the ‘80’s, “Pour Some Sugar on Me.” “Hysteria,” lived up to its name, and ensured that the boys would not be going hungry any time soon, selling a staggering 12 million albums in the United States alone. By the time they had completed the tour that supported the album in 1988, the band had played a whopping 227 shows. Unfortunately the band’s 1989 performance at the MTV VMA’s (Video Music Awards) would be the last to include guitarist Steve Clark. Two years later, on January 8th 1991, Clark overdosed on a mix of alcohol and prescription painkillers he had been using to manage the discomfort of 3 broken ribs. 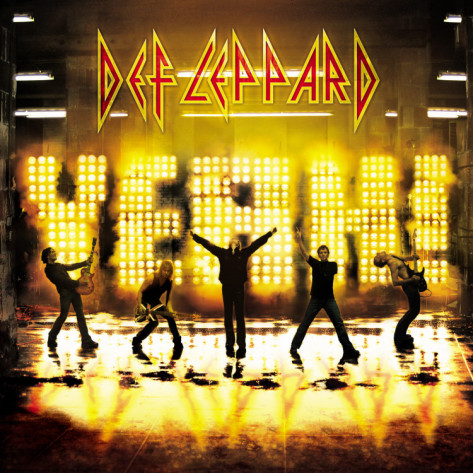 With the addition of Vivian Campbell to the group’s lineup, the band released the album “Adrenalize,” in 1992. The record debuted at #1 and once again sold millions of copies worldwide. In 1993 the band contributed the song “Two Steps Behind,” to the motion picture “Last Action Hero,” starring the future governor of California, Arnold Schwarzenegger. Since the song was actually considered a “B-side,” the band decided to release the album “Retro Active.” The album was comprised of b-side remixes that had been originally recorded with the late Steve Clark. “Retro Active,” was eventually certified Platinum in both the US and Canada. Def Leppard may have been known for their extensive touring capabilities, but in 1995 they all but outdid themselves. The band was able to pull off playing on 3 continents in just one day, starting in Morocco, then London and ending in Vancouver, Canada. The band released the albums “Slang,” in 1996, “Euphoria,” in 1999, and “solidified” their place among the greats, imprinting their hands in cement and being inducted into the Hollywood Rock Walk of Fame in 2000. The band has also released “X,” in 2002, “Yeah!,” in 2006, and “Songs from the Sparkle Lounge,” in 2008 along with other compilation and live albums over the years. Currently the band is still touring and shows no signs of letting up anytime soon.