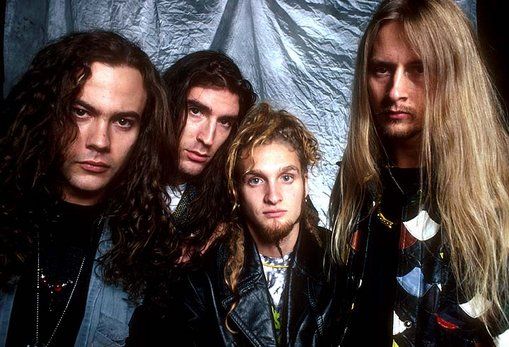 Singer Layne Staley and guitarist Jerry Cantrell met while working together in a rehearsal studio in the mid 1980’s in Seattle, Washington. The two became friends, and eventually roommates. After a few of Staley’s projects didn’t pan out, he joined bassist Mike Star, and drummer Sean Kinney in Cantrell’s band “Diamond Lie.” After gigging around the northwest the band changed it’s name to “Alice in Chains.” The band’s demo eventually got passed to Nick Terzo who worked for Columbia records. Columbia’s president Don Lenner was impressed by what he heard and signed the group in 1989. 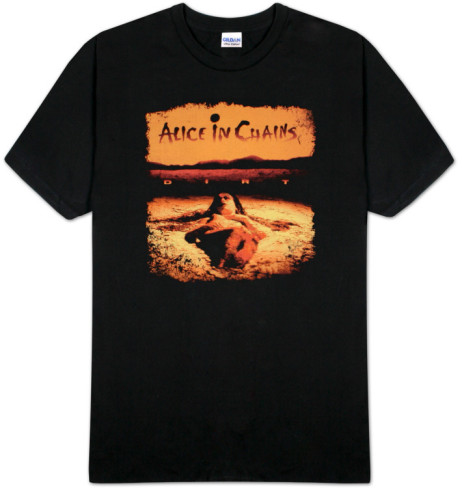 The next year the band released it’s first EP entitled “We Die Young.” It became popular after being played on niche radio stations and fast tracked the recording and release of the band’s debut album “Facelift,” on August 21st, 1990. Initially the album didn’t do very well, but after MTV, whose popularity was growing exponentially, started airing the music video for the single “Man in the Box,” it went on to sell more than 2 million copies. The band increased it’s fan base by playing with bands like Slayer and Van Halen, and by 1992 were nominated for a Grammy in the “Best Hard Rock Performance” category for the song “Man in the Box.” 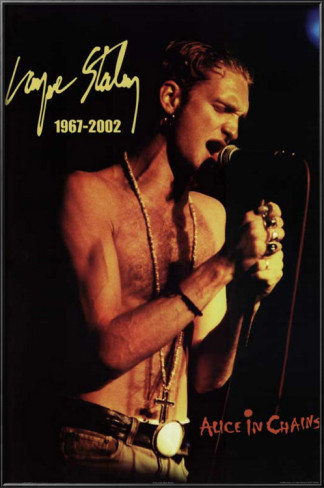 On September 29th, 1992 Alice in Chains released their second album “Dirt.” The album included what became some of their most popular songs such as “Rooster,” “Them Bones,” and “Down in a Hole.” The album reached the #6 spot on the charts and eventually sold over 4 million copies. While on tour in support of “Dirt,” Mike Starr left the band. Ex Ozzy Osbourne bassist Mike Inez joined, and in the summer of 1993 the band took part in the legendary Lollapalooza tour. The following year Columbia released the EP “Jar of Flies.” The band itself never intended to release the album when it started recording, but thankfully Columbia Records saw it’s potential. The EP debuted at #1 and produced the hits “Don’t Follow,” “I Stay Away,” which made it to the #10 spot on the charts, and “No Excuses,” which skyrocketed all the way to #1. 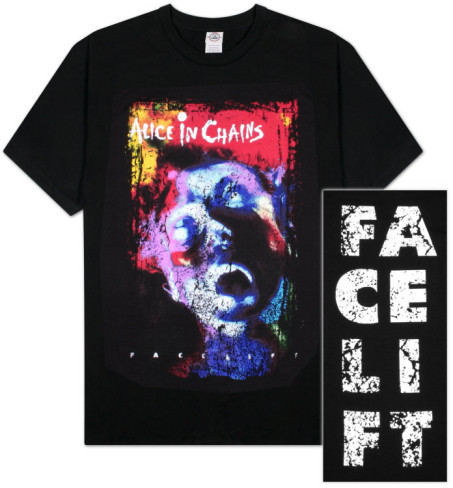 Unfortunately, Staley had become addicted to heroin. He entered rehab to try and kick the habit, but relapsed before the start of a tour, which resulted in the band cancelling all of the dates. In early 1995 Staley worked on a few other projects, but by November 7th 1995 their self-titled third studio album “Alice in Chains,” was released. The album debuted at #1 and with the help of songs such as “Grind,” “Again,” “Over Now,” and “Heaven Beside You,” sold over 2 million copies. Despite it’s overwhelming success, the band did not tour in support of the record. 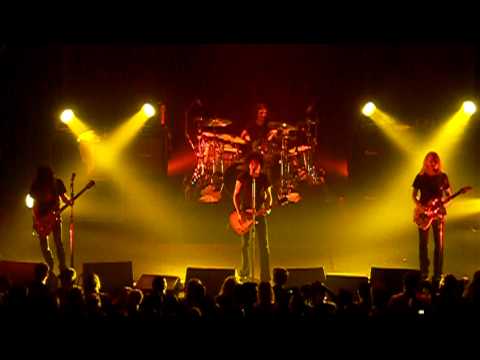 Alice in Chains took part in MTV’s Unplugged on April 10th, 1996. They performance was captured on a live album which was released in July of the same year. The record debuted at #3 and impressively sold more than 1 million copies. Sadly after the band’s July 3rd performance at Lollapalooza in Kansas City, Missouri, Layne Stanley would never again perform live. Staley started having problems after the death of his fiancé and rarely left his apartment. Although he recorded two new songs with the band in 1998, which would later be released on the compilation album “Nothing Safe: Best of the Box,” Staley continued his drug use. On the 19th of April 2002, Staley was found dead in his apartment from a drug overdose. The remaining members have since regrouped and are releasing an album as well as touring in 2009 with vocalist William DuVall.