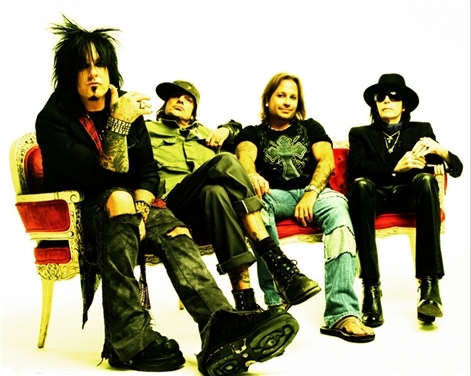 The band that would later become known as Motley Crue, officially formed on January 17th, 1981 in Los Angeles when drummer Tommy Lee and bassist Nikki Sixx started playing together. Guitarist Bob “Mick Mars” Deal soon joined Sixx and Lee, but this still left the group without a singer. After having seen vocalist Vince Neil perform with an other band, Mars suggest they recruit him. Lee had known Neil from high school, and with persistence, convinced him to join. The guys went about recording and releasing the single “Stick to Your Guns/Toast of the Town,” by forming their own record label, Leathur Records. On November 10th, 1981, the band released their debut album, “Too Fast for Love.” The record included songs such as “Live Wire,” and “Merry-Go-Round,” and sold an impressive 20,000 copies. Elektra Records took notice and signed the band the next year. Elektra reissued the album on August 20th 1982 and it eventually sold more than 1 million copies. 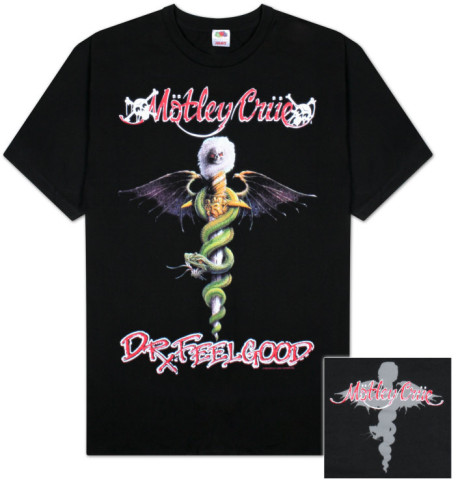 Motley Crue hit the road with their “Cruesing Through Canada Tour ’82.” The tour was not financially successful, but due to numerous publicized incidents, such as Tommy Lee tossing a television set out of a hotel window, the band gained that “Rock Star” image that helped build some much needed hype. On May 29th 1983 the band played at the US Festival, which featured bands like The Clash, Ozzy Osbourne and U2 among others. The group played up the image of excess they had earned by wearing outlandish clothing, applying makeup and wearing high-heeled boots, ect. They also started using MTV to further promote themselves. On September 26th, 1983, they released “Shout at the Devil,” which peaked at the #17 spot on the charts. The album included a cover of The Beatles song “Helter Skelter.” The record went on to sell more than 4 million copies in the US, greatly increasing the band’s ever-growing fan base. 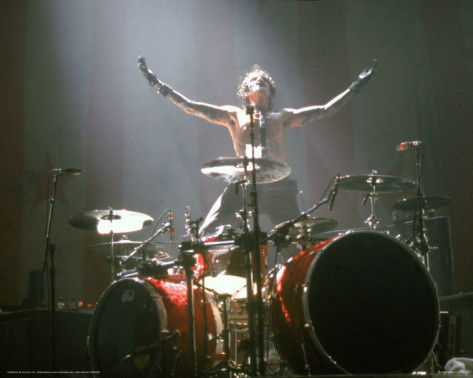 The high paced life of glitz and glam was not with out its consequences however. In 1984, Vince Neil was involved in a serious car accident while driving home. Although Neil lived to see another day, his passenger Nicholas Dingley wasn’t so lucky. Neil was charged with driving under the influence and vehicular manslaughter, spending only a short time in jail. The next year the band continued on, releasing “Theatre of Pain.” Once again the record was a success, climbing all the way to #6 on the charts and selling more than 4 million copies in the United States alone. Proving themselves hit makers once again, the band released “Girl, Girls, Girls” on May 15th 1987. The record produced the tracks “Wild Side,” “You’re All I Need,” and what is arguably their most well known song, “Girls, Girls, Girls,” which spawned an infamous music video that featured exotic dancer and all the debauchery fans had come to live vicariously through. This lifestyle was starting to take its toll though. 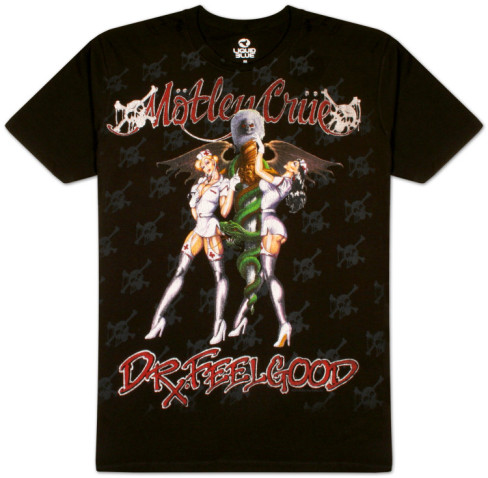 On December 21st, 1987 bassist Nikki Sixx suffered a near fatal overdose of heroin. This prompted the band’s management to intervene which lead to Sixx, Lee, and Neil going into rehab. Mars also cleaned up his act and the guys returned, sober, to record and release what became their most successful and profitable album, “Dr. Feelgood,” on September 1st, 1989. The album sold more than 6 million copies in the US alone and became a #1 hit with help from songs like its title track “Dr. Feelgood,” and “Kick Start my Heart,” which was inspired by Sixx’s overdose. Sixx also kept a diary which later documented his experiences in the 2006 novel “The Heroin Diaries; A Year in the Life of a Shattered Rockstar.” The band released the fittingly titled compilation album “Decade of Decadence,” on October 14th, 1991. It was certified Double Platinum and placed #2 on the charts. 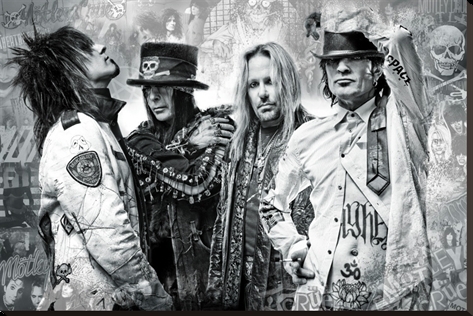 Vince Neil parted ways with Motley Crue in February 1992, and was replaced by John Corabi. The new version of the band released the self-titled “Motley Crue,” on March 15th 1994. Although it did fairly well on the charts, it failed to achieve the success of their previous albums. By 1997, Neil had reunited with his former band mates and they released “Generation Swine,” which debuted at #4, but quickly lost steam. They released “Supersonic and Demonic Relics,” in 1999 and when their contract with Elektra expired the band started its own label, re releasing all of their previous material. Later that year drummer Tommy Lee decided to leave the band and was replaced by Randy Castillo. The band released “New Tattoo,” in 2000, which didn’t sell very well, and sadly in 2002, Randy Castillo succumbed to cancer, and died. Drummer Samantha Maloney filled in, but shortly afterwards the band went on hiatus. The original band reunited once again for a tour that kicked off in 2005. The band released “Red, White & Crue” that same year, and later headlined a tour with Aerosmith in 2006. The band’s latest release was “Saints of Los Angeles,” in 2008. The album’s title track became a playable download for the video game “Rock Band.” Motley Crue can currently be seen in concert at “Crue Fest 2” which is touring the United States.