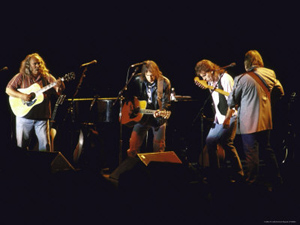 Singer David Crosby and guitarist Stephen Stills started playing with one another in 1968 after Crosby had been booted out of the band The Byrds and Stills’ band Buffalo Springfield broke up. That same year Graham Nash became reacquainted with Stephen Stills and, after leaving his band the Hollies, joined the duo to form Crosby Stills & Nash, also referred to as CSN. The band signed with Atlantic Records and released their self-titled debut album “Crosby, Stills & Nash,” on May 29th, 1969. The album included the songs “Marrakesh Express,” and “Suite: Judy Blue Eyes,” and peaked at #6 on the charts. The record would eventually sell more than 4 million copies. 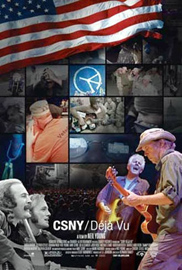 It was soon suggested by Atlantic Records that Neil Young join the group. Young had a solo career, but recently worked with Stills in Buffalo Springfield. Young soon joined the group. Crosby Stills Nash and Young or “CSNY” hit the road and quickly found themselves performing at the legendary Woodstock festival, on August 17th, 1969. On March 11th, 1970 the band released its first album since the addition of Neil Young entitled “Déjà vu.” The record included the songs “Our House,” “Woodstock,” and the very memorable “Teach Your Children.” The record went to the top of the charts and sold more than 7 million copies.

Despite the “supergroup’s” almost instant success, egos and other issues caused the band to fall apart in the summer of 1970. Fortunately for fans, all of the band’s members released solo albums, and in 1972 Neil Young’s song “Heart of Gold” became a #1 hit. By 1974 the band members reunited and embarked on a massive tour. The band still wasn’t getting along very well and Crosby & Nash started touring as a duo. They signed with ABC Records and released “Wind On The Water” in 1975 and “Whistling Down the Wire,” in 1976. Stills and Young continued to perform separately and joined forces as The Stills- Young Band to release “Long May You Run,” on September 10, 1976. Stills and Young supported the album with a tour that Young abandoned half way through. 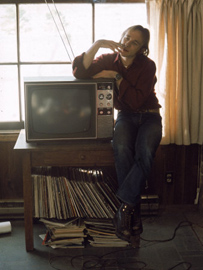 Crosby Still & Nash regrouped and released “CSN” in 1977. The album made it to the #2 spot on the charts and sold more than 4 million copies. Despite their success, things were far from perfect. Crosby had developed an increasingly bad drug habit and was arrested in May of 1982. The trio released “Daylight Again” on June 21st, 1982. The album was relatively successful and produced the hits “Southern Cross,” and “Wasted Away.” Crosby eventually did jail time in 1985 and Nash and Stills continued their solo work. Crosby Stills Nash and Young regrouped to release “American Dream,” in 1988. The album failed to sell spectacularly and Young declined to tour support of it. 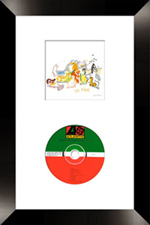 CSN released “Live it Up” in 1990, which was followed by “After the Storm,” in 1994, but neither album sold well. In 1997 Crosby Stills & Nash were inducted into the Rock and Roll Hall of Fame. Neil Young wasn’t included in the induction, but had been previously inducted for his solo work in 1995. Young rejoined the trio and CSNY released “Looking Forward,” on October 26th, 1999, which placed #26 on the charts. The band embarked their CSNY2K tour in 2000, the CSNY Tour of American in 2002 and the “Freedom of Speech” tour in 2006. In 2008 Neil Young released the politically charged concert documentary “CYSN/ Déjà vu.” Recently, Crosby Stills & Nash released the compilation album “Demos” in 2009. The band does not currently have any tour dates scheduled.